It's just a guess, but I'm betting the Canadian Opera Company's head honcho, Alexander Neef, doesn't know that much about hockey.

Nonetheless, the next time the good folks at Maple Leaf Sports and Entertainment are in the market for a general manager for the Leafs, they might want to give Neef a call.

When Alexander Neef took over the Toronto-based COC four years ago, he found himself with an institution stuck in the doldrums, perennially fielding a second-division product, not without its successes, but never a contender.

Based on the 2013-14 season Neef unveiled at Toronto's Four Seasons Centre Wednesday morning, his multiyear plan to turn that situation around is bearing impressive fruit.

The seven operas the COC will present next year run the chronological gamut from the Baroque – Handel's Hercules – to the 20th century – Britten's Peter Grimes. They present big-name stars in established roles – Italian bass Ferruccio Ferlanetto in Massenet's Don Quichotte – and big-name stars in roles brand-new to them – like soprano Sondra Radvanofsky's Elisabetta in Donizetti's Roberto Devereux. They allow Toronto audiences to sample the wares of the world's most interesting opera directors – with Peter Sellars's Hercules, or Atom Egoyan's new production of Mozart's Cosi fan tutte – or discover opera's newest up and coming stars, as in the casts Neef has assembled for the season's opening production, Puccini's La Bohème. Balance, above all, balance.

And, most particularly, the COC's 2013-14 season continues the policy Neef adopted from day one of his tenure, of casting major Canadian singers in major operatic roles. Whenever you take over a new enterprise, there are accomplishments which take hard and determined work, and others which are virtual gimmes. Casting Canadian singers in profusion at the COC – the very same singers that Neef had been hiring in abundance in his previous incarnations in Paris, Salzburg, New York – was something of a no-brainer for the COC's new general director. Starting at the top, as it were. Toronto has been denied the operatic services of Ben Heppner for 17 years, and Neef is finally allowing Heppner's hometown audiences to hear the signature roles with which he has been identified the world over to international acclaim – for, literally, two decades. Next Tuesday, Toronto will finally get to hear Heppner's Tristan. Next year, it will be his Peter Grimes. And next year, we'll also hear Adrianne Pieczonka in a role debut as Amelia in Verdi's Un ballo in maschera. As well as Russell Braun, Tracy Dahl, Marie-Nicole Lemieux, the aforementioned Sondra Radvanofsky, Wallis Giunta and Layla Claire. It's not that these singers never appeared before at the COC – it's that, increasingly, Neef is building his seasons around them.

Neef has also figured out how to allow a company like the COC – not quite in the leagues yet of a Met, or a La Scala or a Chicago Lyric Opera– to punch above its international weight. The Four Seasons Centre helps. Co-producing operas with other companies helps – as the COC has done with Houston, Santa Fe, San Francisco and Chicago next season.

Providing safe havens for big stars to try out new roles is especially clever; it provides these artists with opportunities that larger companies can't match. And generally, creating an atmosphere where the greats of the world of contemporary opera – singers, directors, stage designers, conductors – feel at home is key. The word gets out in the tight international operatic community: Toronto is a place to watch.

Neef is not a magician. Not everything he does works. Even with 90-per-cent-plus houses, the COC is constantly in need of financial support. But he's fulfilling the promise he made when he took over the company four years ago – to raise its artistic and institutional reputation.

And if it's possible at the Four Seasons Centre, maybe there's hope yet down the street at the Air Canada Centre. 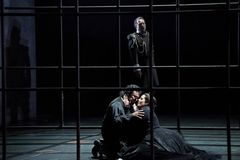 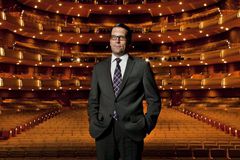