Joni Mitchell had it. As has Leonard Cohen, Van Morrison, Jerry Garcia, Carly Simon and Cat Power. "Your brow is sweating and your mouth gets dry," the Band's Rick Danko sang, "… the moment of truth is right at hand, just one more nightmare you can stand." The song is Stage Fright, named after a well-known brand of performance anxiety. Some performers can withstand it; others, not so much.

This week, the reunion of the Canadian indie band the Rheostatics was abruptly called off, with a statement on the group's Facebook page explaining that lead guitarist and vocalist Martin Tielli would be "unable to perform" a three-show engagement next week at Toronto's Horseshoe Tavern, the site of the band's most triumphant stands in the past.

There are rumours regarding the root of Tielli's inability to take part in the concerts. But the word from the fragile musician (through his record label) is that stage fright is to blame. "That's what it is," confirmed Shauna de Cartier, owner of Six Shooter Records. "That's what he told me. And I've seen him in the depths of this before."

Years ago, Tielli spoke to Agent Magazine about a Schoenberg cabaret he had called off after months of rehearsal, blaming his chronic stage fright. "I couldn't do it," he said. "I cancelled it the day of. I had the TSO people calling me, 'We've got drugs, you know, beta blockers. You won't feel a thing.' I was so scared by that point I couldn't even take a pill."

It's a paradoxical thing, musicians whose career it is to perform being unable to fulfill the duty. Former Rolling Stone writer Timothy Crouse documented a shaky performance by Help Me singer-songwriter Joni Mitchell in 1970: "Fragile, giggly and shy, she had the most obvious case of nerves I have ever seen in a professional singer. Her ringing soprano cracked with stage fright and her frightened eyes refused to make contact with the audience. It wasn't until well into the second half of the concert that she settled down and began to enjoy herself; even then it seemed clear that she would have preferred a much smaller audience, perhaps a cat by a fireside."

Mitchell swore off the concert-circuit experience briefly around that time. She has not toured since 2000.

If Tielli refused beta blockers, he was probably wise to do so. It is not unusual for classical pianists to use propranolol or pronethalol, drugs used to control high blood pressure, to steady fingers and nerves for their exacting performances. Symptoms such as sweating, heart palpitations and tremors are due to surges in adrenalin, which is what beta blockers counter. But for crippling psychological attacks, the beta blockers are mostly ineffective.

There does not appear to be any standard profile for the most severe sufferers. The Grateful Dead's Jerry Garcia, a freewheeling guitarist whose performances were not subjected to rigorous public scrutiny (other than the massive size of audiences), was known to throw up before concerts. Singer Carly Simon seems to be loose, easy and candid, but she has rarely performed live.

Where as Tielli is an introverted, artistic soul, Chan Marshall (a.k.a. Cat Power) is quite outgoing. She has melted down onstage on more than one occasion, with alcohol abuse sometimes receiving the blame. Once at New York's Bowery Ballroom, she was upset to the point of turning her back on the audience. As she continued to sing, fans patted her on the back and calmed her.

Though she had endured some medical and financial issues on her current European tour, Marshall's concerts have become more stable experiences, thanks in part to the artist's increased comfort level with her audiences. "The more that I tour, the more that I realize these people aren't out to kill me," she once told the press. "'Cause I never felt a connection with them. But now I'm realizing that some of the people like me." 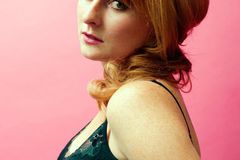 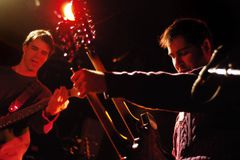 Hey Dave Bidini, Gordon Lightfoot's just not that into you
November 1, 2011 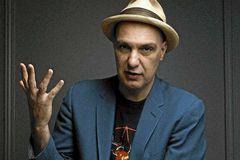 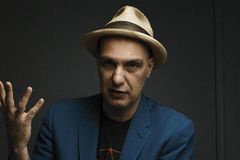 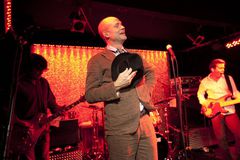 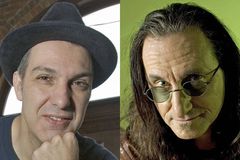