Justin Bieber's fourth album, Purpose, comes out Nov. 13, the crux of a longish campaign to revitalize his image: a Comedy Central roast to showcase his humility, penitent interviews for Complex and Billboard in which he reiterates his faith, in both God and himself. His last few singles, produced by the likes of Skrillex and Diplo, have charted well and received praise. A video for Sorry, a single which debuted at No. 2, features a brilliant, eye-popping dance routine, and not one appearance from Bieber himself. The mood is so joyful you forget who's singing, which is the idea.

If it all goes to plan, years from now this won't seem like a comeback as much as the start of his adult career. But we shouldn't forget Bieber the teen. His saga is a modern classic case study in how we perceive public people: not as people, but as characters in old stories.

The official Story of Bieber might have been an underdog story, had Bieber seemed anything like the underdog: poor prodigy from a small town, raised by a single mom, discovered on the Internet by a good-willed entrepreneur and launched into stardom. But the role called for someone sweeter and humbler, more wide-eyed, and Bieber was not a particularly charming ingenue, neither likeable nor beguilingly unlikable. His talent was exceptional, but Bieber was a normal teen – one with a crushing work schedule and a company of adults who depended on him for their livelihood, but still.

Ill suited to his own backstory, and yet wildly successful overnight, Bieber became a cipher for his audience's pet peeves and personal grievances. He was criticized for brattiness and entitlement, for having been handed fame without having to work for it. That wasn't the case – he worked hard and had talent – but in hindsight it feels like he coasted on talent itself, cuteness and the passions of his fan base, with no defence against the waves of resentment, irritation, coded sexism and homophobia that made up his backlash.

Without the charisma to justify them, Bieber's billion-dollar qualities – looks, talent, effect on the opposite sex – came off as unearned genetic rewards. Far from poetic justice, his fortune seemed like dumb luck, wasted on a dumb kid. When he turned 18 his life began to spiral, and more evidence surfaced of his bad attitude and total ignorance. The story morphed slightly into a classic tale of hubris: kid gains the world too fast, and spoils into a troubled adult.

A different story, equally accurate, might have positioned him as someone worth feeling for – groomed for stardom as an innocent, ground through a series of extremes before he finished puberty, alternately coddled and scorned – or even a more nuanced figure, neither victim nor villain. We knew him, after all, or felt like we did: The average person is probably more familiar with his personal history than those of their colleagues. But Bieber was also rich, without seeming all that grateful, and his music offered less than his availability for scorn. It wasn't hard to feel sorry for him, but for a long time, nobody wanted to.

That's changing. Purpose is highly anticipated, and Bieber seems due for some respect. The quality of his music will have something to do with that, but less, of course, than perceived quality, which has something to do with whether people want it to be good. The good news for Bieber is that his comeback seems written: He is so universally hated that he's become the underdog he never was. He has dealt with unquantifiable harassment, calls for his assassination, a murder-and-castration plot, and a petition to have him deported (not to mention heartbreak, by way of his breakup with Selena Gomez). But he had to go through all this before he seemed to deserve any sympathy.

You'd think we'd have a little more empathy for public people now that many of us, living online, have some small sense of what it means to be public, or have felt the risk of saying or doing the wrong thing in front of a potentially limitless audience. But Bieber still scans as a character from fiction, and his mea culpa is important, but his powers of self-positioning are nothing compared to the public's desire for a good redemption yarn.

This is an ancient point, but Bieber is a startling example: The difference between the Bieber of (very) public record and the Bieber used as a dumping ground for human bile shows a sharp contrast between what we know and how we interpret. It also demonstrates the power of a good story over the mundanely complicated fact of a person. Empathy is work, not entertainment.

Ready to Belieb, again: Why we should be proud Justin Bieber is Canadian
November 13, 2015 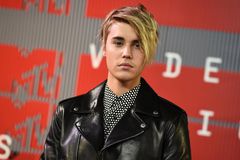