When the news broke that Rush was to be among this year's inductees into the Rock and Roll Hall of Fame, I was pleased for a different reason than most fans. As one of the several hundred critics and industry types who get a ballot each year, my vote helped put the band into the Hall. In fact, Rush was only one of two acts I voted for that got in this year, and to be honest, I hadn't expected that they would make the cut, either.

Rush, as everyone knows, has never been beloved by the rock press. It wasn't until July, 2008, that Rolling Stone (whose publisher, Jann Wenner, is a founder of the Rock and Roll Hall of Fame) got around to running a major feature on the band, 34 years after their first album came out.

Even then, the magazine made a point of reminding readers of the magazine's history of disdain for the band. In a sidebar, there were excerpts from reviews slamming this Rush album and that, among them being a 1982 slam of Signals which complained that "Geddy Lee's congested vocals float through the songs like swamp gas."

The author? Yours truly.

What changed my mind? It's not as if I've since seen the light and want to recant that old review (I don't), or that allegiance to Rush was part of some agreement I signed upon moving to Canada.

Rather, it's that Rush has gotten better over the years. Unlike most rockers, who peak in their first decade and spend the rest of their career either treading water or slowly sinking, Geddy Lee, Alex Lifeson and Neil Peart have continued to grow over the decades. They play better now than they did then, they take more chances musically, and they write more interesting material. Frankly, I can't think of many other bands I could say that about.

For me, the turning point came in the late eighties. I was writing for Musician magazine, and my editor called to ask if I'd be willing to write a feature on Rush, who were about to release their 13th studio album, Presto.

Feeling thus unencumbered of any obligation to be flattering, I accepted, and was sent to Toronto to interview the band. Two things stick with me from those interviews. One was hearing Peart, without irony, talk enthusiastically about having seen New Kids on the Block with his daughter; the other was listening to Lee talk about how the band's writing process had changed. Where previously the three had simply run tape while jamming and cobbled together songs from the most interesting bits and pieces, for Presto they were thinking more in terms of traditional melodic lines, so that song structure framed the melody.

It didn't take away from the energy of the playing; if anything, it added to it. As Lifeson said then, he based his sonic palette on the sense of mood he got from the melody and lyrics. He and the rest of the band were thinking structurally and emotionally, not just technically, and to my ears, that really raised their game.

Moreover, they've kept on raising it, for two full decades. For my money, their current concept album, Clockwork Angels, isn't just as good as the fan favourite 2112 – it's an order of magnitude better. And that kind of growth deserves a place in the Rock and Roll Hall of Fame.

In addition to the induction of Canada's Rush into the Rock and Roll Hall of Fame, other class of 2013 inductees include the late disco queen Donna Summer, hip-hop kingpins Public Enemy, the late Memphis blues guitarist Albert King, Short People songsmith Randy Newman, and Heart, led by the sisters Ann and Nancy Wilson, who showed that testosterone was not a requisite hormone for Crazy on You guitar rock. – Brad Wheeler

What - no Rush?! And other Rock and Roll Hall of Fame oversights
December 7, 2011 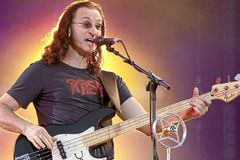 Does Rush deserve its Rock and Roll Hall of Fame nomination?
October 4, 2012 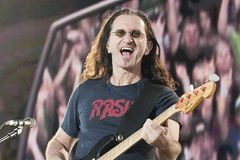 Who's in and who's out at the Rock and Roll Hall of Fame
Gallery
December 7, 2011 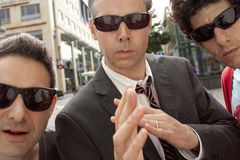 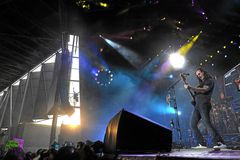 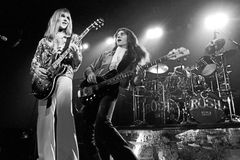 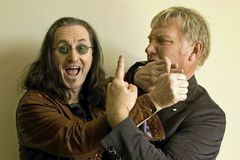 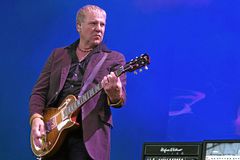