'We're still selling records," says Krist Novoselic, former bassist for Nirvana, a band which came to an abrupt end in 1994. "We've figured out how to do it."

Novoselic spoke to The Globe and Mail this year in regard to the 20th anniversary reissue of Nirvana's In Utero, just one of the several lavish odes to albums past issued this year. Taking a page from the career-spanning jumbo box sets we've seen before, record labels are applying the luxury treatment to specific albums.

When Novoselic talks about the reissue formula, he's referring to packages that involve remastered (and sometimes remixed) versions of the album, with extras such as demos, B-sides, vinyl, live DVDs and memorabilia. The "super-deluxe" 2011 box-set reissue of the Who's Quadrophenia from 1973, for example, included reproductions of handwritten lyrics and a new 13,000-word essay by the conceptual album's architect, Pete Townshend.

This year's crop of extravagant reissues include Warner/Rhino's refortified Fleetwood Mac classic Rumors (1977), Sony/Legacy's revisit to Stevie Ray Vaughan and Double Trouble's debut Texas Flood (1983) and Universal's deluxe redoing of the Velvet Underground's White Light/White Heat (1968), the Who's rock opera Tommy (1969) and Paul McCartney and Wings triple-live Wings Over America (1976). Universal also parcelled the mid-seventies work of Eric Clapton: The six-disc Give Me Strength embellishes 461 Ocean Boulevard, There's One in Every Crowd and E.C. Was Here.

It's not just old albums receiving box-set treatments. Super-deluxe editions of big 2013 albums from Black Sabbath (13) and Daft Punk (Random Access Memories) hits shelves this year. The super-duper Daft Punk is a clothbound box chock full of high-definition sound and such collectables as a pair of full-body Robot design schematic posters. The cost is $275 (U.S.).

While Novoselic sees reissues as rarity-laden goodies for the "diehard" fans, the anniversary projects represent opportunities to improve upon the originals. The artists themselves relish the notion of being able to right perceived wrongs involving the audio quality. "The amount of attention in the remastering process is something that has become very prominent in putting these packages together," says Ivar Hamilton, VP of catalogue marketing for Universal Music Canada.

In 1993, the making of Nirvana's In Utero was beset by differences of opinions involving the band, producer Steve Albini and the record label on how the album should sound. The new package includes editions of the original album remastered and remixed by Albini and Novoselic. "We wanted to open it up," says the bassist, "and to have it breathe a little better."

The story of the new In Utero is similar to The Band: Live at the Academy, which is an expansion and remixing of the double-live album Rock of Ages, recorded at the Academy of Music in New York City over the final four nights of 1971. "I got to do something that's been haunting me since this recording was done," the Band's Robbie Robertson told The Globe. "I mixed the original, but I didn't like it. I was in the studio that wasn't finished, and I just never got the sound to the place I hoped it would be. Now I have, and I'm thrilled about it."

If Robertson was over the moon with his revisit this year, Van Morrison absolutely was not. Warner released his classic Moondance from 1971, but without the antagonistic singer-songwriter's involvement. "I did not endorse this, it is unauthorized and it has happened behind my back," Morrison said in a statement posted on his website. "My management company at that time gave this music away 42 years ago and now I feel as though it's being stolen from me again."

Such acrimony is rare, as artists are usually involved with the reissues. "It's very important," says Hamilton. "We want their blessing. It's paramount that they participate in the project, for the sake of authenticity.

Hamilton cites the Canadian hard-rock trio Rush as an example of active partners in the process, saying the band members are "very involved" in next year's 40th-anniversary reissue of the group's self-titled debut album. Other Universal projects on the drawing board for 2014 involve 40 birthday candles for ABBA, KISS, Elton John (Goodbye Yellow Brick Road) and Supertramp (Crime of the Century).

For his part, Novoselic foresees nothing "new" on the horizon for Nirvana, though the band was recently announced as a 2014 inductee to the Rock and Roll Hall of Fame, along with KISS, Peter Gabriel, Hall and Oates, Cat Stevens and Linda Ronstadt. The amiable grunge-rock bassist, however, applauds the concept of the extravagant trips down memory lane. "You make a nice package, and people buy them and enjoy them," he says. "It gives your sound system something to do." 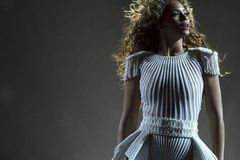 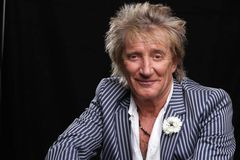