It's official, Taylor Swift's new album has gone platinum, so take that Spotify.

Her well-received move from country to pop, 1989, has sold more than a million units in the United States since it was released last week, racking up sales of both paid downloads and physical CDs even as the singer pulled her entire back catalogue from the popular streaming service.

Once hailed as the saviour of an industry pummelled by piracy, streaming is now widely criticized by artists who complain about the minuscule amounts paid for each stream by Spotify, which operates both a free tier with ads and a subscription service. Veteran David Byrne, another pull-out, has argued that streaming isn't a viable business model for musicians.

With a loyal fan base and some savvy social-media marketing, Swift has proved she doesn't need Spotify to generate buzz for 1989 (which was never offered on the streaming service), but the truth is that she may be one of the very few who can take such a stand: Forbes has predicted that her album, the first to go platinum in 2014, may also be the last to go platinum ever. Sales of a million units could be a thing of the past.

Swift's bold move is rather reminiscent of J.K. Rowling's decision to withhold digital rights from her publishers and sell Harry Potter e-books on the Pottermore website she launched in 2012: Here are artists so popular they can simply cut out middlemen and go directly to their fans. Meanwhile, long-time and mid-career artists as diverse and as successful as the American singer-songwriter Iggy Pop and the Canadian novelist Camilla Gibb are publicly complaining they can no longer make a living from their art.

The arts were always a pyramid with a few stars at the top, but the cult of free and the aggressive discounting of the Spotifys and the Amazons are elongating that shape until it looks more like an obelisk standing on a low, wide base. At the bottom are all the young hopefuls, the garage bands, YouTube singers and would-be novelists polishing their unpublished manuscripts. At the top are the stadium acts and the royalty of the bestseller lists. It's the middle that is being hollowed out as we create, in Byrne's words, "a culture of blockbusters." We risk diversity, maturity and even genius as we lose the mid-career artists who were poised to make their big breakthroughs or pen their later works if they hadn't opted for a steady job at Starbucks instead.

It's a development that is particularly worrying to Canadian artists – if not to Canadians in general – because they are more often mid-listers. That's not through any lack of talent or drive, but simply because Canadians start out in a smaller market and inevitably have to go international to achieve any scale. Meanwhile, it matters little to Taylor Swift's gigantic career that the singer is much less popular in Europe than she is at home.

Consumers will always act in their very immediate best interests, driving to the big box store even as they lament the loss of quality and variety they used to be offered in those nice little boutiques on Main Street, all now mysteriously closing. The reality in the arts is that the Internet is killing content even as it swamps us with it. Lots has been written on the subject, pitting artists who dare to speak out against technological determinists who insist that change cannot be resisted.

But perhaps change can be changed: one of the calmer voices on the topic is that of the American business writer Robert Levine. He has has argued in Free Ride: How Digital Parasites are Destroying the Culture Business, and How the Culture Business Can Fight Back that the problem can be more dispassionately explained as a broken business model in which distributors make money but producers don't.

It's time to fix that, to find ways to right the economic balance. Maybe Swift's snub can help by forcing both Spotify and music fans to question how streaming is going to work if artists who have the luxury of choice just want to boycott it. And maybe governments will finally start asking why Internet service providers should be allowed to make profits on content they never pay for. 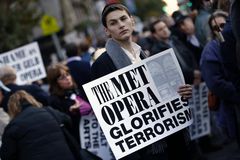