The title character arrives onstage late in Handel's opera Hercules. Home from the maelstrom of war, he is provocatively silent, and brings with him a prisoner, the princess Iole. Before the opera is done, his desperate silence, and the destructive power that Iole unleashes on Hercules's home city of Trachis, will destroy one of the great heroes of Greek tragedy – as well as all those around him.

When director Peter Sellars's version of Handel's 1744 masterpiece, first imagined by Sophocles in his Women of Trachis, opens at the Canadian Opera Company next week, there will be no togas or flowing Greek dresses. His Hercules will arrive dressed in the high-tech combat fatigues of an American soldier who has recently returned from Iraq or Afghanistan. His prisoner will be dressed in an orange Guantanamo Bay jumpsuit. An Abu Ghraib-style hood will cover her head. From under it, she will sing a 12-minute aria – Bright Liberty.

If the reports from the original, 2011 landmark production of Sellars's Hercules are a fair indication, Canadian opera fans are in for an evening not only of provocative staging but power, intensity and depth.

The L.A.-based but peripatetic Sellars had quite a different conception of Hercules when he first thought about mounting the opera back in the mid-nineties. Then it was to be a vehicle for the gorgeous voice and spirit of mezzo soprano Lorraine Hunt Lieberson, playing Dejanira, Hercules's wife, the central woman of Trachis. But Lieberson died tragically, at 52, before that production could get off the ground. Hercules lay waiting for Sellars until he was approached to think about it again in 2009 by the Lyric Opera of Chicago.

By then, the story of a soldier returning from war suddenly had immediate relevance as veterans of Afghanistan and Iraq were streaming back into American society, damaged, unheard, silent. Sellars realized that the tragedy of Hercules, a soldier trying to reintegrate into a civilian world after the horrors of war, was a story he had to tell.

"Sophocles painted a dark world 2,500 years ago, where society could find its future and integrity only by dropping all illusions," Sellars tells me when we meet at the COC offices, where he tucks into his trademark free association. "But Handel takes it one step further. He paints a portrait of people who are truly suffering in their silence and miscommunication, who approach the edge of madness. Handel knew that nothing is more fragile than the human mind. If that instrument goes out of tune, it's very painful."

At the same time, though, Sellars, who last year directed a powerful Tristan for the COC, believes that even with the extremes of emotion paraded before us in Hercules – the anger, the betrayal, the jealousy, and the horrible deaths – there is a positive message amid the mayhem. "By the harrowing end of the opera, the characters are in a position where they feel that when you've seen the worst, it's incumbent on you to do your best, to reach out and do a generous thing, to break the cycle of repetitive, negative actions."

Sellars's own generosity has extended to the creation of a dialogue with real war veterans, a process he will continue next week with a symposium on the fallout of war at titled Coming Home: Handel's Hercules andthe U fo T's Munk School of Global Affairs. Three Canadian veterans – one from Korea, a peacekeeper from Rwanda, and a recent veteran of Afghanistan – will share their experiences of the stresses and silences of war, all in the context of Handel's operatic depiction of the same phenomena. In a similar symposium during the Chicago run of Hercules, Sellars was astounded by the depth of emotion unleashed by veterans reacting to his production of the opera.

"Most human beings need someone to listen," he says. "Deep listening is what you do as an opera director every day in a Handel rehearsal. You have a melisma, where Handel writes 50 notes on a single word. You can hear that as florid, cold Baroque ornament – or as a description of all the pain on Earth: You pick. The veterans I dealt with knew they were being heard. It was, and is, liberating for them. They are often condemned to silence, as is Hercules in the opera. But Handel taught me that the person who has one aria per act is carrying with them the emotional weight of the whole piece. So it is with our returning vets."

Sellars's voice grows quieter. "I thought originally that Hercules's lack of material – he has but three arias in a three-hour production – was a defect in the piece, in that the women characters were so elaborately drawn in the opera and the men have almost no existence whatsoever." He lets out a wonderful, full-throated laugh. "And then I realized it was the insight of the piece. Those who return from war have much to say. The tragedy is that they're unable to express it. In Hercules, we are brought face to face with the most ancient insights – and a completely modern reality." 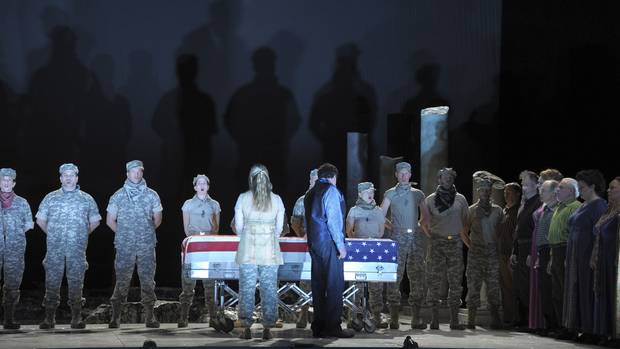 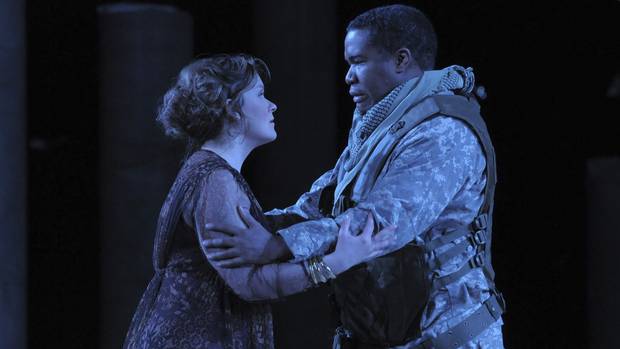 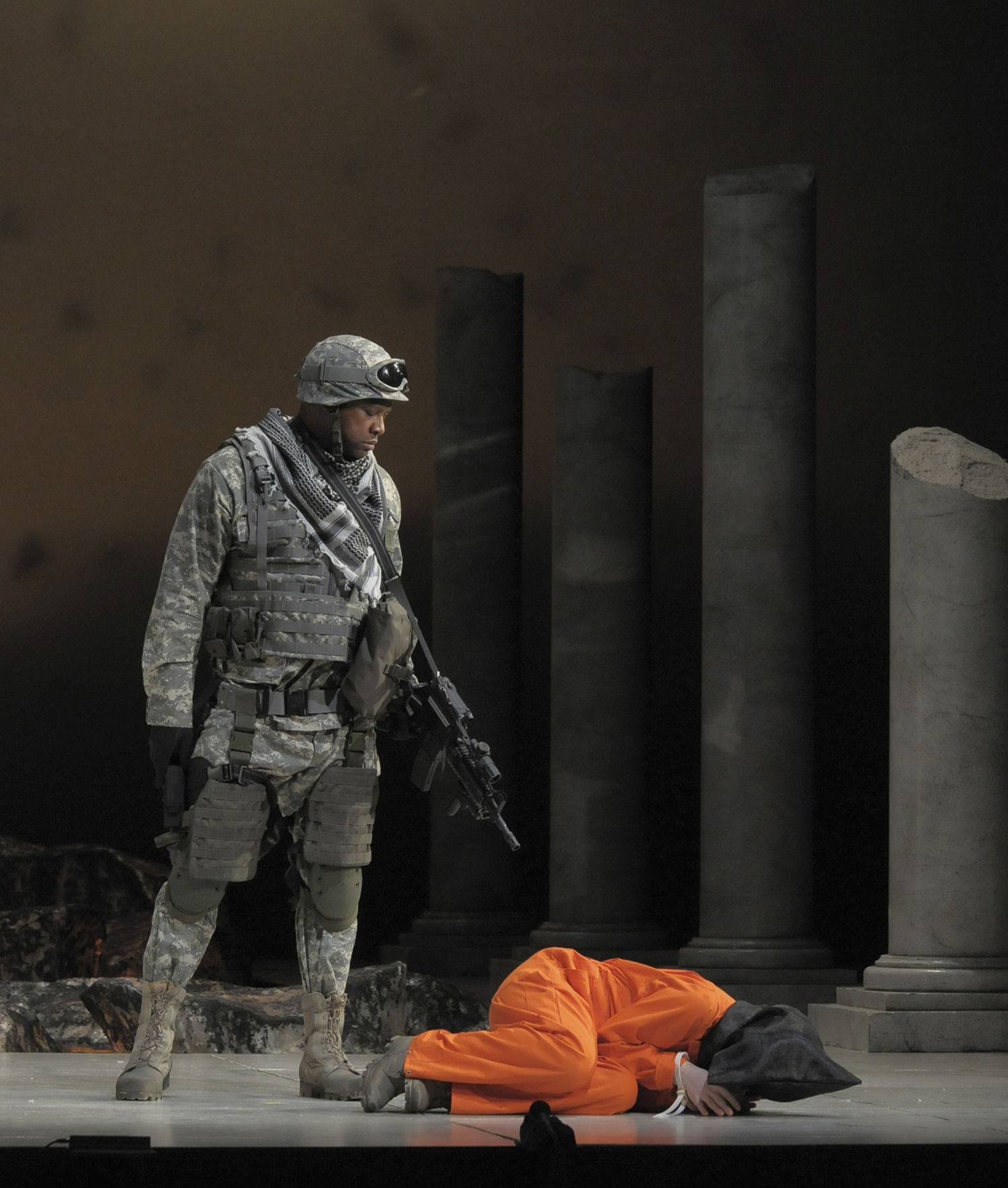