Most important music today doesn't heed expectations. The best punk never has. The most important punk record of 2014 was probably Against Me!'s Transgender Dysphoria Blues. In using the band's pre-existing spotlight to highlight songwriter Laura Jane Grace's experiences coming out and living as a trans woman, Transgender challenged the confines of the genre on a scale that hadn't been seen before.

People who still think the purest punk was only ever made by The Ramones have probably never listened to Television, Blondie or anyone else who was playing CBGB in 1975. Punk has long been at the forefront of progressive issues, challenging power structures while embracing systemically disadvantaged communities. Punk is a porous thing. It's been argued that the experimental-rap-group-slash-art-project Death Grips is the only punk band that still matters. Thanks largely to skate culture, California's Odd Future hip-hop collective is equally influenced by both punk and rap.

Kendrick Lamar, you could say, is having his punk moment. To Pimp A Butterfly, released last Sunday, a week early, on TDE/Aftermath/Interscope, is at once a natural follow-up to his critically acclaimed, platinum-selling major-label debut, 2012's good kid, m.A.A.d. city, and a vast subversion of the expectations surrounding Lamar.

The 27-year-old Compton, Calif., rapper's sophomore record is not a star-making enterprise. It is a viscerally taxing work of passion, free of obvious sale-boosting singles. With hard-charging flows and oft-jarring production, Lamar deftly questions the systemic distrust and abuse of black America in 2015. For the past couple of years, Lamar has widely been considered a contender for the best rapper alive. He very well may be, but Butterfly is an insistence that he'll earn the title on his own terms. And that might make it the most important punk record of 2015.

But again, speaking in absolutes gets you nowhere. In the wake of America's latest run of white-on-black violence and oppression, including the killings of Trayvon Martin, Michael Brown and Eric Garner, a wave of activist music has come to the fore by artists such as Run the Jewels and Vince Staples. Kanye West's surprise 2013 album Yeezus made grand statements about systemic racism, led by tracks such as New Slaves and Black Skinhead. Of West's oeuvre, though, it's 2010's My Beautiful Dark Twisted Fantasy that best lends itself to comparison with To Pimp A Butterfly, an ambitious, lushly produced epic that stands out among the year's most important releases.

The ghost of N.W.A. still lingers over Compton nearly 30 years after they ushered in the era of gangsta rap. Easy-E and Ice Cube, both key vocalists of the group, likened their role to that of reporters. "We just tell exactly how it is," Ice Cube once told an interviewer. "And people don't like us because we don't take a stand." Lamar, who grew up in their long shadow, prefers to take the role of activist. While his mentor and champion, Dr. Dre, may be an N.W.A. alumni – he appears at the start of Butterfly to provide some encouragement – it's clear that Lamar wants to forge a separate path.

Lamar's debut record focused inward, assailing the gang culture he grew up watching. But when that record blew up – garnering critical praise, going platinum – he began to see life in Compton from a broader vantage. In making his follow-up, he constructed an equally broad narrative that explores twin tensions growing within him: of the depression brought on by his sudden fame, and of the responsibility he now feels to champion black lives.

Released almost exactly 20 years after Tupac's seminal record Me Against The World, Butterfly is Lamar's semantic sequel. Across the album, he unfolds a letter to the late rapper about his "survivor's guilt" after leaving the streets and channelling his popular influence for good. From the Boris Gardiner-sampling and George Clinton-featuring introduction Wesley's Theory to the 12-minute opus Mortal Man, where he faux-interviews Tupac, Lamar unspools a narrative using a caterpillar's life cycle as metaphor for black life and fame. Street-imprisoned caterpillars are ignored by society, yet if they become a butterfly, that same society pimps them out for its own wants and needs.

The album's cover features a group of shirtless black men and boys, with bottles of liquor and stacks of cash in front of the White House, defying the established imagery that comes with that seat of power. To punk fans, that Washington-challenging imagery may seem familiar: Bad Brains' 1982 self-titled cassette is adorned with an image of lighting striking a crumbling Capitol building.

Bad Brains didn't start out as punk. They first played jazz fusion, coming to prominence when they later embraced punk, reggae and the genres' intertwining politics. On Butterfly, Lamar is having a similar moment. Like Bad Brains blended genre, Butterfly basks in the sounds of jazz and funk, amid jittery, Flying Lotus-influenced production that pop radio isn't used to. To the best rapper in the game, he's subverting the narratives expected of him. "I was gonna kill a couple rappers but they did it to themselves," he raps on King Kunta, setting the stage for a record made on his own terms. Bad Brains helped form hardcore and gave punk a renewed energy. This year, Lamar's starting something, too.

Five things we learn from the unofficial Drake documentary
March 18, 2015 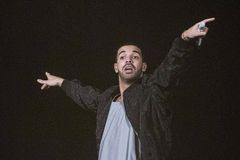 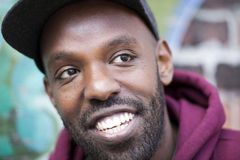 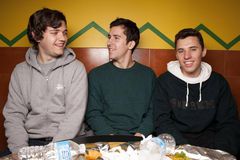 From Wall Street to Jay-Z, money’s streaming into music
January 30, 2015 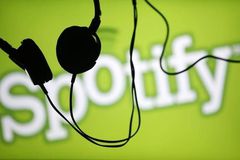