Last winter, I went to a reception at Buckingham Palace and met the Queen. It was the standard-issue Monday-night Windsor family cocktail do – three enormous drawing rooms crammed with gilt-framed Old Masters and journalists consuming vast quantities of bubbly and salted nuts in an effort to ward off the famous Buck House chill.

The most interesting moment of the night was not the one in which I hurriedly shook hands with the monarch and somehow missed my chance to curtsey (something I've been practising in front of the bedroom mirror in my nightie since I was seven years old), but the entrance, a bit later, of the young woman whom Clarence House, the Prince of Wales's office, would like us to refer to as Catherine, Duchess of Cambridge.

The moment the K-bomb (as I like to call her) sloped into the room with her green silk dress, soaring heels and impossibly glossy hair extensions, the energy changed. What had been a pleasant, if aimlessly stuffy working event suddenly became a party with a purpose: It was time to get in there and get a piece of Kate!

As we all pushed forward, encircling the royal bride like a village of drunken peasants round the maypole, I happened to glance back. There, in a remote corner of the cavernous room stood the Queen, tiny and erect in her pastel skirt suit, clutching a tumbler full of gin and tonic and chatting away amiably to a couple of staffers from The Times of India. She looked cheerful, relaxed and openly relieved to be in such little demand. "See the tall skinny one over there?" I imagined her confiding in the foreign reporters with a regal wink. "She's taking all the heat I used to get at her age, only now, with Twitter, it's much worse. I'd say she rather seems to be rising to the occasion, don't you think?"

Okay, so it's unlikely those were her exact words, but I'll bet you 20 shillings it's what she was thinking.

This weekend, as you probably know, marks the Queen's Diamond Jubilee, a celebration of the 60-year reign of Elizabeth II. Sixty years is a long time to do any job, let alone one as thankless as hers. Sure, she gets a couple of castles and a big sparkly crown thrown in, but can you imagine fighting to stay awake through all those dignitary speeches? Enduring thousands of hours of small talk so tedious it would make your eyeballs explode after just 10 minutes?

Now that her role has been divested of any real power (all those royal decrees are really just for show), the monarch is not just a figurehead but something far stranger: She is the last living major A-list celebrity from the pre-therapy era. A celebrated individual who doesn't reveal any interest in her own Freudian inner journey, since her role, according to tradition is bestowed not by the gods of fame and "inner-specialness" but by God with a capital "G."

The problem with succession, as many commentators before me have pointed out, is that her son Charles lacks the mystique necessary to keep the position intact. I'm not saying he isn't a perfectly nice chap (by all accounts, he is), but he's also one we know far too much about after that messy divorce and years of tabloid "revelations." Many have suggested that, for the purposes of sustaining popularity, the Queen should pass the crown directly to her eldest grandson and his starry young wife. But as a scheme to uphold the monarchy, this is a silly one, for it undermines the very chain of command upon which the entire institution was founded. If the point was to do away with birth order and simply find the most popular and fame-worthy person to rule the royal roost, Simon Cowell would have put together a talent show by now. The Beckhams would be waging a social-media campaign to keep the young General Bieber from usurping their throne (a slick and modern one, designed by Conran, and situated high in the Hollywood Hills).

We live in an age of authenticity, and as such, demand more access than ever to the lives of our favourite celebrities. By contrast, there is nothing authentic about the Queen. She is as stifling and meticulously scripted as a church wedding in a heat wave. In the age of Facebook and WordPress, we still don't know her thoughts and, thankfully, never will. This distance is, of course, precisely what allows her celebrity to endure – like an anti-Kim Kardashian, the less we know of her, the more we want.

But the Queen is also a creature of the past. When her reign eventually comes to an end, so will the last unknowable superstar of the modern era. It is unlikely her son or grandson or even the K-bomb will be in the position to pull off the same trick. In the meantime, let's raise a glass to the magical and mysterious Lizzy: The Queen we all don't know and love. 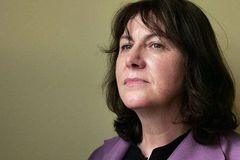 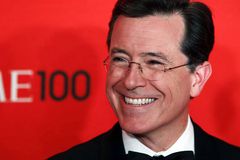