In these dark times for publishing, one consistent piece of advice goes around for writers: You have to learn to be your own marketer and advertiser. You have to try to build up some kind of Web following by blogging or tweeting, preferably both; you have to find the people with the interests that your book will appeal to; you have to "tap into a community;" you have to spend half your time on this rather than on writing, and if you don't you're naive, you've got your head in the clouds: You think the world is just going to come to you?

And if you do promote yourself, goes the current wisdom, then your book will develop a cult following and sell tens of thousands of copies because people will so enjoy your tweets they will rush out and buy your book. (Actually I am guessing about that part; the mechanics of the actual book-buying decision have not yet been explained by the self-promotion gurus.)

Self-promotion is the biggest topic on publishing blogs, and questions about it are among the most frequent posed by aspiring authors. Most recently, a blog posting has been sent around literary communities reminding writers to get away from their research and their stories and tweet - this one an excerpt from a forthcoming book of advice by a New York literary agent named Betsy Lerner. (The entry is called "Should I Tweet?" and is on the Publishing Perspectives blog.) Lerner is very stern about the new responsibilities of authors to become impresarios and create all sorts of non-book enterprises, the way Dave Eggers does, to brand themselves.

We are for some reason very eager to hear this in Canada as well, where "cult following" means an audience one-tenth the size of what it means in the United States. I am regularly asked where one can sign up for seminars on Web-page creation and associated empire-building by people who haven't even completed their manuscript. The whole industry seems to be telling unpublished writers to put the cart before the horse: to concentrate half their efforts on the marketing of a product that doesn't even exist yet.

I am going to recommend here exactly the opposite. That writers stop wasting their time on self-promotion because it has not been proven to make any difference whatsoever to one's sales.

In this country, anyway, bestsellers are generally chosen by prize juries and they are just as likely to be obscure, unpromoted and written by isolated people without Twitter accounts as by technophilic extroverts. A couple of examples: The Sentimentalist, winner of the 2010 Giller Prize, and Cool Water, winner of the 2010 Governor-General's Award.

These books are going to be bestsellers without any self-promotion on the part of their authors - indeed, most people, even book people, had not heard of the novels before the announcements. They are both books that might be called "small" books by publishers looking for blockbuster high-concept stories; that is, they are personal stories in unglamorous settings. There were no campaigns waged by the authors to attain this massive publicity. Indeed, these particular authors seem to be stereotypically introverted. The books are chosen to be bestsellers by juries appointed by other juries.

The winner of Canada Reads, another reliable predictor of sales, is also chosen by a celebrity panel, not by tweetathon.

It may be true that non-fiction writers can benefit from constantly updating their followers on their research, or on recent developments in their field. But it still seems to me that the vast majority of aspiring writers want to write fiction. And they are just ignoring the fact that audiences for fiction don't need to "follow" the writing of a novel, and that those who would follow an author's musings are undoubtedly those who already read her books.

Here's some better advice if you want to get famous in Canada: Instead of tweeting, finish your novel. Make it as good as you can. Do this by reading a lot of other great novels. Make sure your publisher submits it to the Giller Prize. Then wait. There is absolutely nothing else you can do to make a difference.

Want some writing advice? Ignore any advice
March 2, 2011
James Frey and the commodification of ideas
November 17, 2010
Is 'yes' an underused word? Absolutely!
November 11, 2010 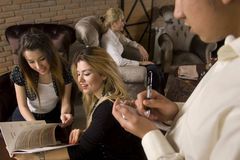 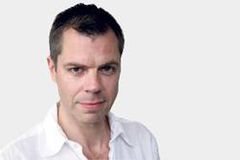