In her poetry, Elizabeth Brewster questioned the negative role "intrusion" plays in a poet's life. Her own life, she said, was dull most of the time. She preferred to be left alone to write, and this she did, for nearly 80 years.

In her poem The Silent Scream, she describes playing alone at the edge of a woodpile when she was seven and dangerously slipping beneath a quicksand of saw dust. She opened her mouth to scream, but her voice had gone.

"I wonder if that is why all the reviewers say I am such a quiet poet," she wrote.

Canadian writer, John Robert Colombo, said she had a genius for understatement and had mastered the casual aside. "Like a wine which improves with age; its taste mellows in memory."

Dr. Brewster was one of the few Canadian women poets publishing during the 1940s and 50s. Along with her friends, the poets P.K. Page and Dorothy Livesay, she helped pave the way for young women poets of following generations.

She published many poetry collections, as well as fiction and two volumes of autobiography. She was a founding member of The Fiddlehead, Canada's long-living literary journal.

Dr. Brewster taught literature and creative writing at the University of Saskatchewan from 1972 until her retirement in 1990.

She won the Saskatchewan Book Award for Poetry, was twice shortlisted for the Governor General's Award, was awarded an honorary doctorate by the University of New Brunswick, the Saskatchewan Lifetime Achievement Award and the Queen's Diamond Jubilee Medal, among other honours.

Betty Brewster was delivered into her grandmother's arms on a hot August afternoon in 1922, in the small logging town of Chipman, N.B. Her mother had shooed her four other children outside to watch for the doctor, who arrived too late.

Her father missed the birth, too. He was at his own mother's deathbed in Saint John, but made it back in time to christen the infant with the dead woman's name.

"Maybe some awareness of the shadow of death came into my mind even in infancy," Dr. Brewster later wrote.

Her parents, Frederick and Ethel, were in their 40s and unemployed when she was born. In one poem, the poet describes her mother lugging small children and heavy suitcases from one relative's home to another, always seeking refuge.

For a while they lived at "the Pest House," so called because it had been a site of quarantine during a cholera epidemic.

Things improved for the family during the war, when her parents found jobs at the army canteen, dishing up stew and boiling doughnuts.

Because Elizabeth was physically weak, and considered slow at her letters and numbers, she was kept out of school for several years.

Instead, she hunkered down by the kitchen wood stove and whipped through Shakespeare, Scott and Dickens. By the age of 8, she had read Hawthorne's The Scarlet Letter, identifying with "little Pearl."

When she was really stuck for reading material, there was always the Eaton's catalogue. Or she'd borrow from the library, a tiny room above the town's fire station. Sometimes she wandered through the graveyard to read epitaphs.

Her first poem was published when she was 12. Her father quietly submitted it to the local newspaper and surprised her a few days later with an armful of copies. Although she was mortified, clearly the geyser had burst.

Dr. Brewster met Ms. Page in 1940, when the more established writer judged a Saint John competition she had entered. Encouraged by Ms. Page's friendship, she found the courage to attend the University of New Brunswick on a scholarship a couple of years later, and was welcomed further into a writing community.

The Fiddlehead, published at the university, grew out of this enthusiastic period. It also became one of her earliest publishers.

Dr. Brewster's first journey outside New Brunswick took place in 1946 when she attended Radcliffe College, in Cambridge Mass., with a scholarship from the Canadian Federation of University Women. She set to work on her masters degree in literature.

T.S. Eliot and Robert Frost were familiar faces at the lectern of her Radcliffe seminars; their words became stencilled on her poet's consciousness.

In 1947, Dr. Brewster returned to Canada to teach at a small private school in Cobourg, Ont. But within a few weeks she broke her back falling off a horse and was forced to convalesce back home in Fredericton with her folks for the next several months.

After a few more years in graduate school, first at Indiana University in Bloomington, and then at King's College in London, England, she returned to Fredericton in 1950, but wasn't able to find an academic teaching position.

Typing and shorthand skills, she decided, were the likeliest route toward employment for a woman at that time. She registered at a business college for training as a secretary.

After a series of tedious clerical jobs, she devised a career path more compatible with her passion for the written word. She'd become a librarian.

In 1952, Dr. Brewster received her bachelor of library science degree from the University of Toronto. While there she won the prestigious E.J. Pratt Award for poetry for selections from her second collection, Lillooet.

At a conference of Canadian writers in Kingston in 1955 she met Ms. Livesay and fellow poets Earle Birney, Irving Layton and Phyllis Webb. More stencilling.

Another vital inspiration for her writing at this time was deciding to undergo Jungian psychoanalysis, freeing her to break through writer's block and tap into the creative power of her dreams.

But the next several years were tumultuous for Dr. Brewster. She exhaustingly moved around from job to job, mostly at libraries, in Victoria, Ottawa, Sackville and Fredericton.

She also took a year off to complete her PhD at Indiana University.

Dr. Brewster struggled a great deal during the first half of her life. Her personal anguish was so severe that she once tried to drown herself.

But she survived and in 1968 she met a young writer named Margaret Atwood who gave her a transformative tarot card reading.

According to Dr. Brewster, the reading indicated that joy would replace sorrow in the second half of her life. The future would spill over with great promise and a prolific outpouring of verse.

"I knew Elizabeth well when we were both living in Edmonton and kept up with her after that," Ms. Atwood wrote in an e-mail. "She was an honest poet, very open, very clear."

Ms. Atwood's influence stretched further than the tarot cards. She convinced Dr. Brewster to take over her creative writing class for the following academic year.

Ms. Atwood also influenced the choice and arrangement of poems in her next book, Sunrise North, and suggested the title.

In 1972, after a writing retreat in Ottawa funded by the Canada Council, Dr. Brewster was offered a teaching job in the English Department at the University of Saskatchewan.

She finally settled down to a life rich in academia, as well as an auspicious writing career. Time during sabbaticals, and frequent visits to Victoria where Ms. Livesay kept her company, resulted in an effusion of poems.

"so long as what is said

rises like the tide in all our separate waves

and beats upon and shapes the dreaming shore." 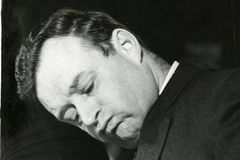 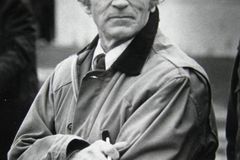