Though his journalism career spanned more than 40 years, John Furlong may be best known for hosting CBC Radio's The Fisheries Broadcast from 2005 to 2013. The Broadcast (as it is known) made its debut in 1951 and is one of the longest-running radio shows on the continent and an evening ritual for much of the province. As host, Mr. Furlong "was the voice of rural Newfoundland," said Peter Gullage, executive producer of news for Newfoundland and Labrador.

The Broadcast focuses on an industry that remains economically vital to the province, but Mr. Furlong's thoroughly urban background hadn't allowed for much contact with it. Born and raised in the core of St. John's, Mr. Furlong frequently referred to himself as "a corner boy" and "a townie." Still he was up to the challenge, immersing himself in fisheries studies and continuously educating himself about its demands, risks and history. Soon he felt right at home "on the wharf as the Fisheries Broadcast guy," Mr. Gullage said.

Mr. Furlong had moved in front of the mic after producing season after season in radio in the 1980s, and television through the 1990s. His news programs, such as the St. John's Morning Show, Here and Now and On Camera, and documentary series, such as Soundings, were pertinent and keenly attuned to the issues of the day. "Furlong had this tight relationship with Newfoundland, with Newfoundland society," said Rex Murphy, host of CBC's Cross Country Checkup, who was hired by Mr. Furlong in the 1980s to do commentaries for CBC Radio's St. John's Morning Show and CBC Television's Here and Now.

"Furlong's Morning Show really had standing," Mr. Murphy said. "It was fodder for the daily conversation." For example, the Mount Cashel abuse scandal and subsequent Hughes Inquiry was a major story in the late 1980s and early 1990s, and a frequent topic for Mr. Murphy. He would deliver his commentary in the morning and then get feedback from it everywhere from walking through the Memorial University campus to waiting in line at Woolco. "It commanded such a portion of the public chat. He was always looking for a broader connection, what this said about the Newfoundland public. But it could be something foolish and light, too, we would laugh, we had fun."

Mr. Furlong had once sworn he would never switch to hosting, but he was great at it. He frequently guest-hosted the St. John's Morning Show, and had moved to Radio Noon last year. "He was popular because people never knew what would come out of his mouth – not his fans, or his detractors, or the people who worked with him," Mr. Gullage said.

Neither was Mr. Furlong's journalism ever restricted to a particular genre: He did politics, human interest, social injustice. Recent Radio Noon call-in topics included Facebook's 10th birthday, politicians crossing the floor of the House of Assembly and appropriate transgender terminology.

"There's that old saying, that journalism exists to comfort the afflicted and afflict the comfortable," Mr. Gullage said. "He believed it, and he still had it in him, and had all cylinders firing." This attitude, along with his experience and his generosity with other reporters, meant he was the go-to guy in the newsroom, Mr. Gullage said.

"He was very sharp, very dry, and extremely funny," Mr. Murphy said. "And he had a sifting, clarifying mind, a sensitive radar for Newfoundland public life. He was extremely good, there's no question about it."

Mr. Furlong hosted his last edition of Radio Noon on March 3. He died April 16, just five weeks after his cancer was diagnosed.

John Cotter Furlong was born Aug. 29, 1950. His father, Jim, was a shoe salesman with Parker and Monroe and his mother, Genevieve (née Malone), had also worked there. He had an older brother, Jim. They grew up on Pleasant Street, in downtown St. John's, and his maternal grandmother lived next door. He went to St. Bonaventure's College and Brother Rice Junior High, and enrolled at Memorial University, but lost interest early on.

Both his parents died when he was young, and when Mr. Furlong was just 19 he was living in Britain with his brother. Jim Furlong sold newspapers from a W.H. Smith kiosk and John Furlong worked odd jobs. One was in a hotel laundry, "where he told them he knew how to use the machines, but he didn't," said his wife, Gerry Marshall. "He ruined a lot of stuff before they fired him."

Back in St. John's in the early 1970s the Furlong brothers started a used bookstore. They had a sign that read Waterford, and they rearranged the letters to spell Afterword. Now Afterwords, it is still a going concern and a Duckworth Street landmark; Jim Furlong remains part of the partnership.

Mr. Furlong then worked at VOCM, a St. John's AM radio station, before moving to the CBC and his multiple roles as producer, reporter and host. "He was like a utility infielder," Jim Furlong said. "John was a good newsman. That's how he saw himself. He could spot it. He knew the value of a fire and a cat up a tree as opposed to a minister said such-and-such. He was one of the best."

Outside of the newsroom, he enjoyed playing softball, reading non-fiction (especially about the fisheries), and the outdoors. And he loved the music of Leonard Cohen.

He was very private, even shy, outside of his professional persona. But he didn't dissemble. For instance, he was frank and open about his sobriety, dating back 26 years. He would even joke about that; he would joke about many things. His colleagues all had favourite examples of his wit. (For example, during a newsroom chat about Mother's Day and fond memories of all things maternal, Mr. Furlong recounted his own bit of motherly advice: "Don't wax the stairs, your father's been drinking.")

At the same time, his character and his career aligned to make him fight for the underdog, to look out for people who might all too easily be overlooked.

"I don't know if people know this, but every day he went to [the Hoyles-Escasoni Complex, a local long-term care home]," said his sister-in-law, Susan Flanagan. "My Uncle Bud was there, and John would visit him, though they weren't really related. And not just my uncle, but those who were forgotten, he would make sure they had human contact.

"The week before he died, and he was very, very sick, my Uncle Bud had a birthday, and John insisted on going. In the pictures we took, he looks very gaunt, but he is smiling. It was the last time he left the house."

Ms. Flanagan noted that Mr. Furlong asked for donations to be made to the Vera Perlin Society, which serves people with developmental disabilities, and The Hub, for the mentally and physically disabled. "He was passionate about people whom society forgot. He was a friend to those who needed a friend most."

Predeceased by his daughter Genevieve and his second wife, Maureen Hamilton, he leaves his third wife, Ms. Marshall; children, Jim, Sarah and Matthew; and stepchildren, Susan, Julie, and Evan. 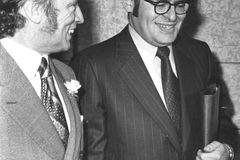 With the fishery in tatters, Newfoundlanders fight over the scraps
May 3, 2018 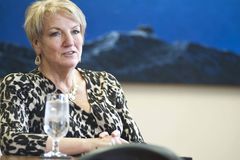