Ours is increasingly a planet of highrise-dwellers. In many countries, including Canada, the apartment tower is replacing the house as the definitive form of housing – and many of those towers, housing countless millions of people, are crumbling postwar structures, surrounded by emptiness, that have been neglected because of a political stigma against apartment living. But there is a new movement, in many countries, to give a new life to the old towers and turn them into thriving communities. In this photo essay, Katerina Cizek of the National Film Board’s Highrise project documents this “tower renewal” initiative on four continents.

To see the final instalment of the Highrise project, visit the new interactive Universe Within page. 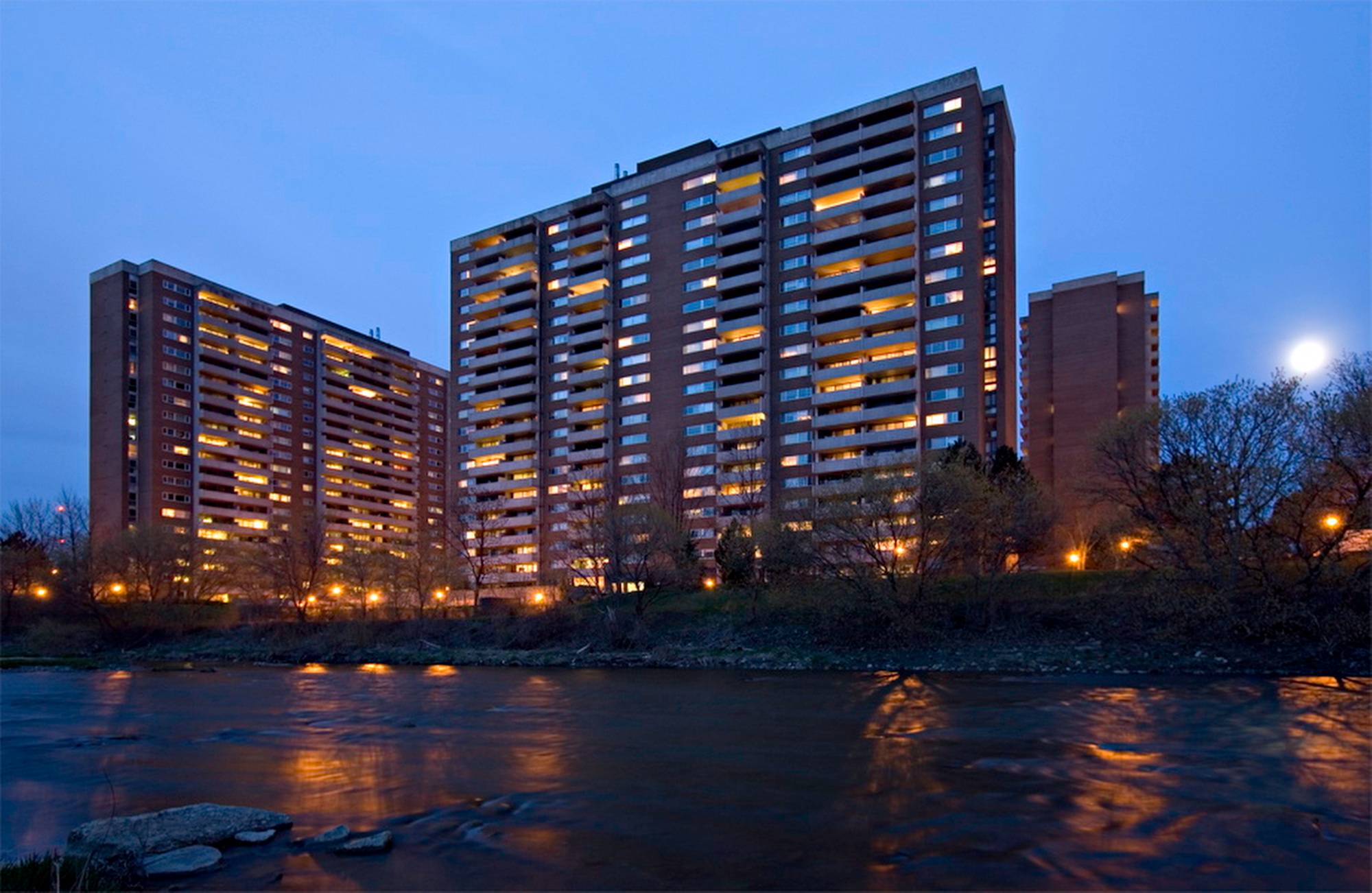 The highrise concrete residential tower is the most commonly built form of the last century. The global highrise phenomenon has a staggering impact on our environment - and on the human species. Yet this ubiquitous architectural icon remains largely unexamined, ignored and misunderstood. 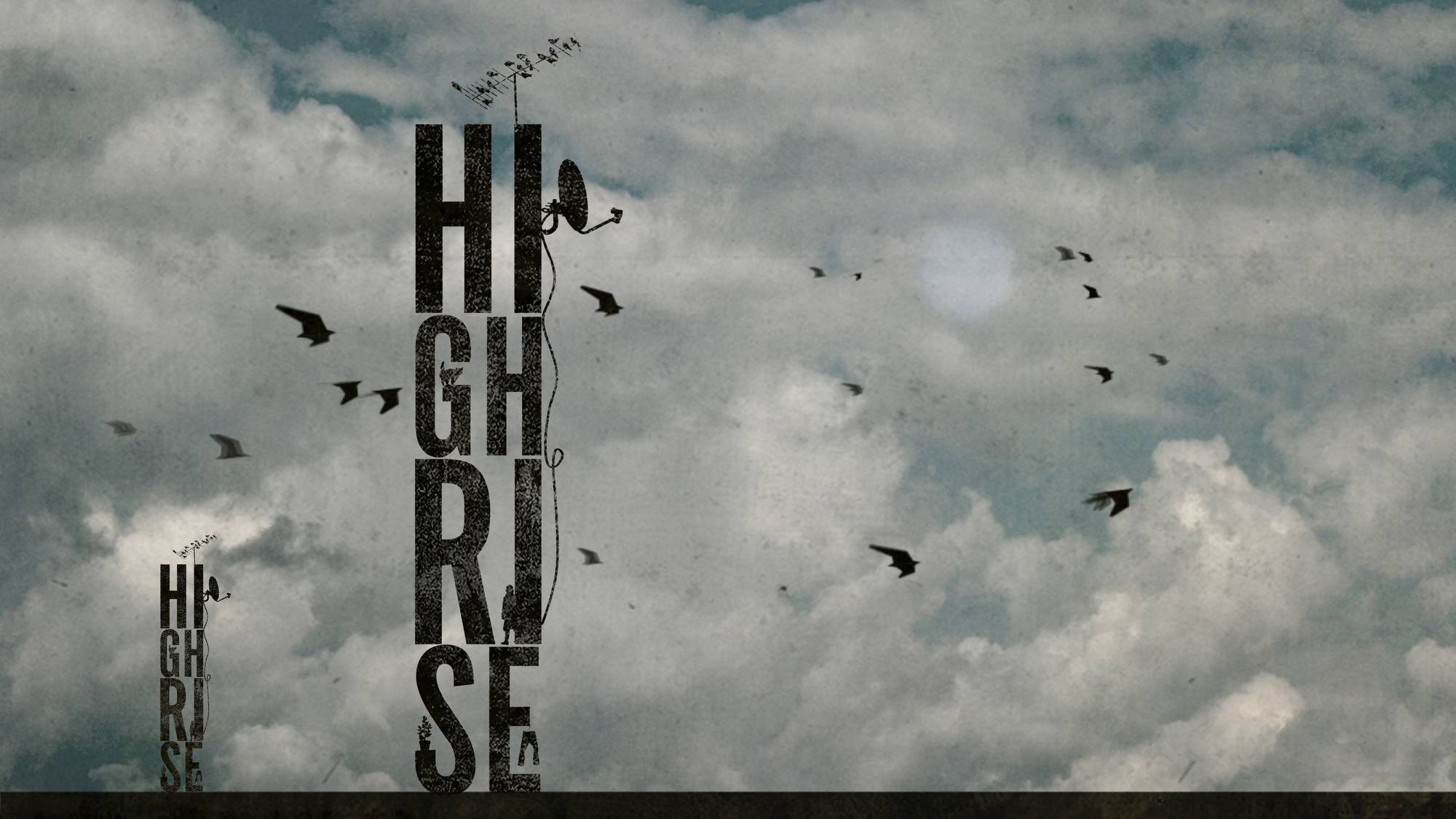 That’s why the highrise building is the frame for (and the name of) a multi-year, cross-media documentary project at the National Film Board of Canada, exploring the future of our urban planet. 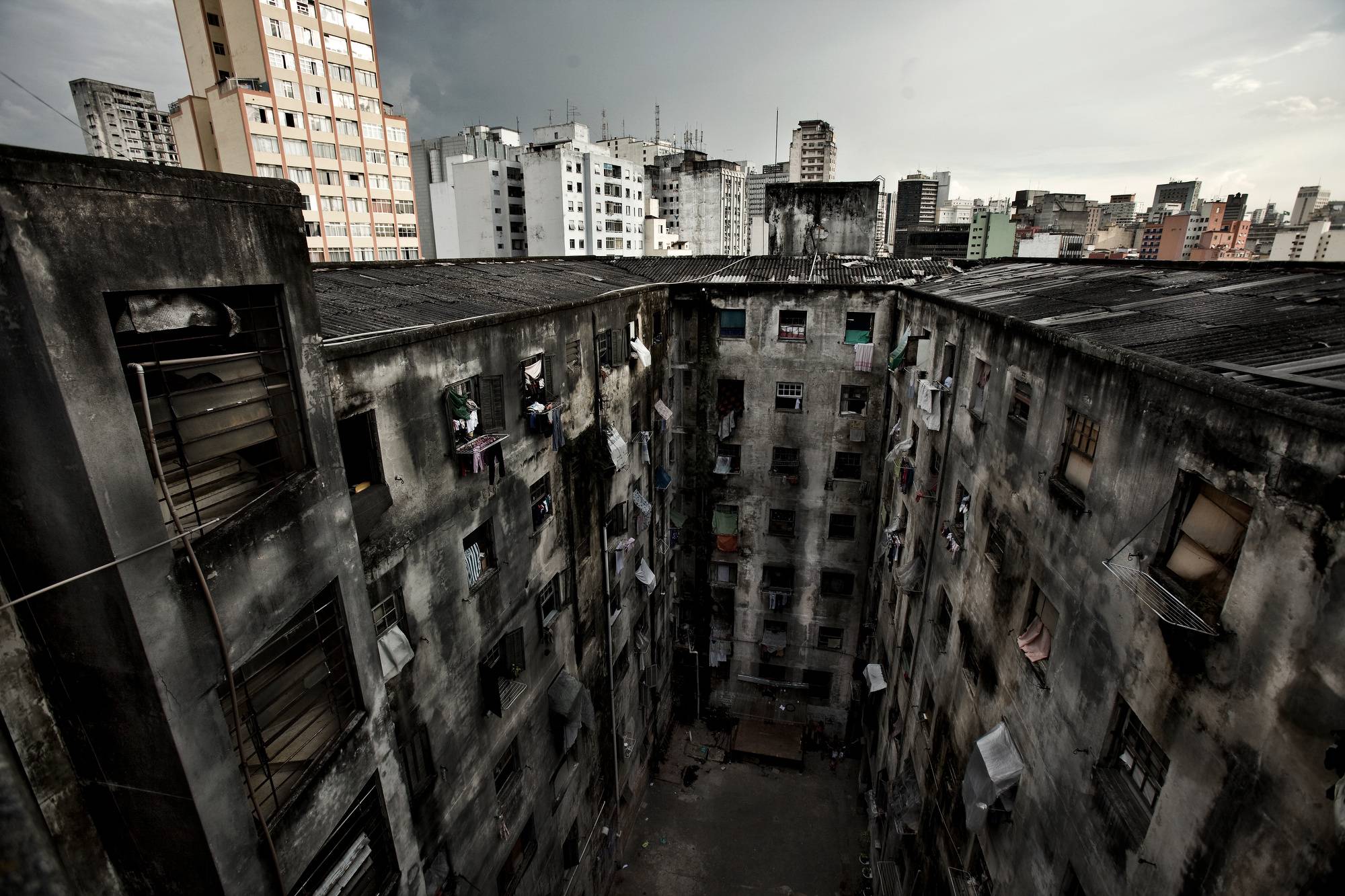 While our urban populations swell, many of these post-war concrete towers, are beginning to deteriorate. What to do with this concrete legacy? Are they blights best torn down, or resources worth recycling and re-using? And how do the people who live inside create community, art and meaning? The first major HIGHRISE documentary, called OUT MY WINDOW, goes inside 13 highrises in 13 global cities to find out how the view looks from inside. 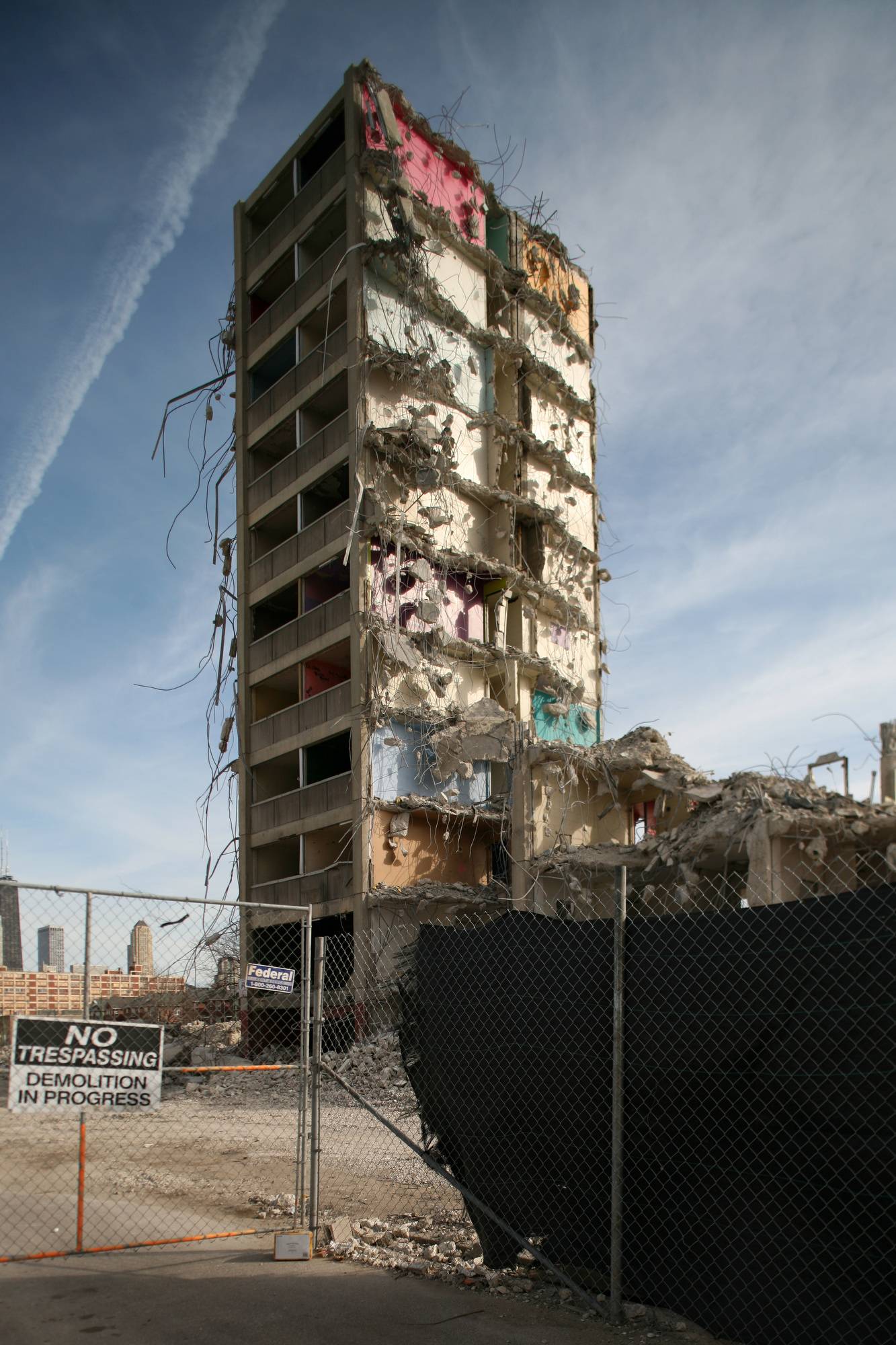 In Chicago’s notorious Cabrini-Green highrise project – as in many US inner cities – the answer to the concrete tower legacy has been to tear the buildings down. According to Graeme Stewart, an architect championing the idea of Tower Renewal, the environmental impact of tearing down what’s already been built is not inconsequential. "Apartment Towers from [the post-war] era contain significant embodied energy. The energy embedded in an existing tower represents the greenhouse gases produced during its construction, and in the production and transport of all of it’s constituent parts. Demolition - itself an energy intensive process - would waste this energy investment, as well as require significant energy expenditure in erection of a replacement structure. Demolition and replacement of the same number of units would be a significantly energy intensive process." 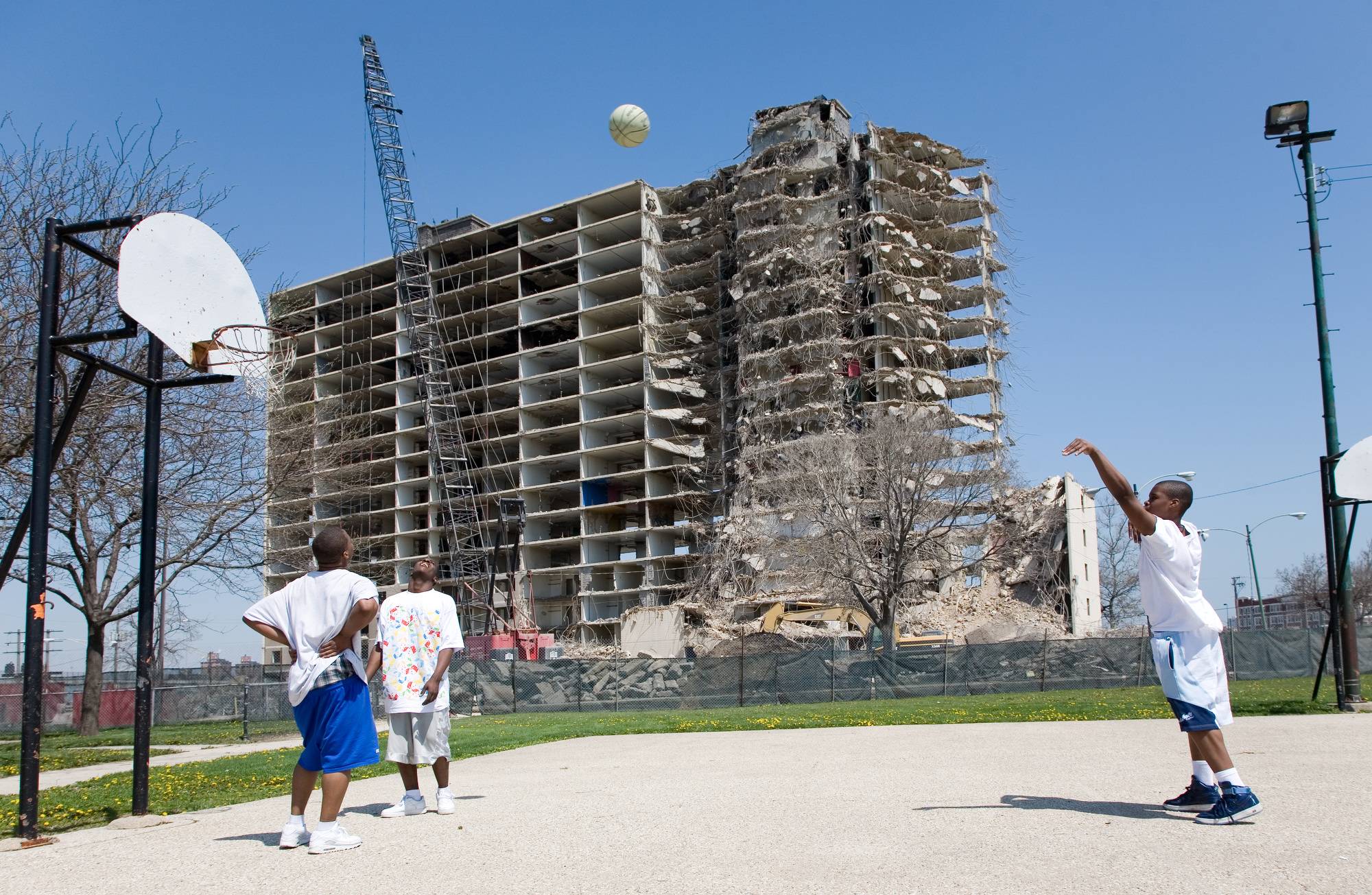 For the people still living there, the demolition has a human impact too. "When the cranes hit the buildings we’ve got to close all our windows, because they say all that dust could give us cancer," says Donna Batom, a long-time Cabrini-Green resident, who until recently, was still living on site, waiting for her promised and overdue replacement housing. So far, the rate of demolition at Cabrini-Green has outpaced the construction of new housing. 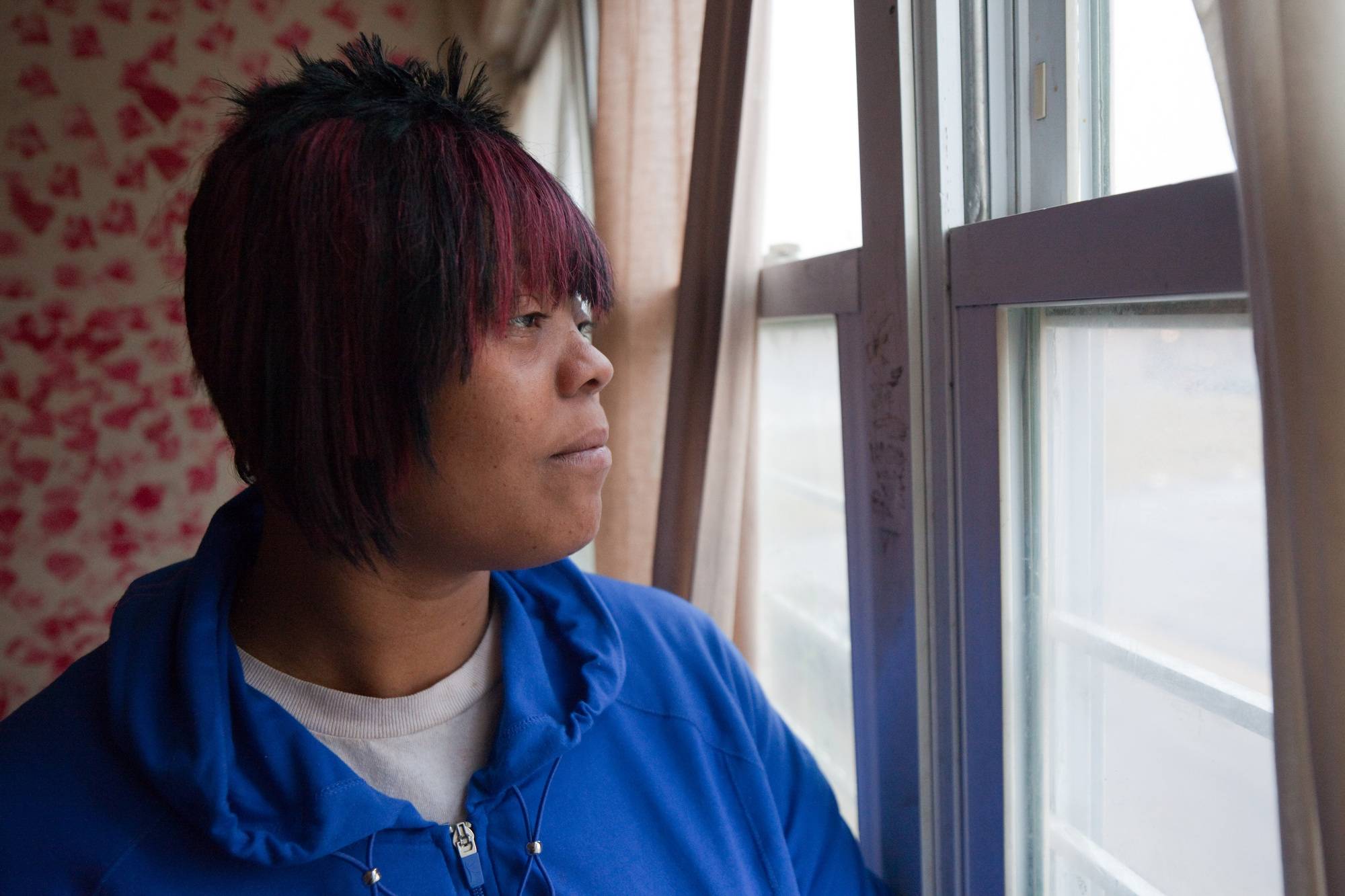 The human impact, is not just physical, it’s emotional. "When I pass the building [we used to live in] it’s a hole. There’s a lot of memories down there," say Donna.

In post-soviet Czech Republic, in Central Europe, the response to the concrete tower legacy has been the opposite of Chicago. South City, a monumental apartment suburb 20km south of the capital Prague, is home to 85,000 people. Here, major government investments have fueled massive physical renovations to the buildings, and have re-energized the social fabric of the neighbourhood. 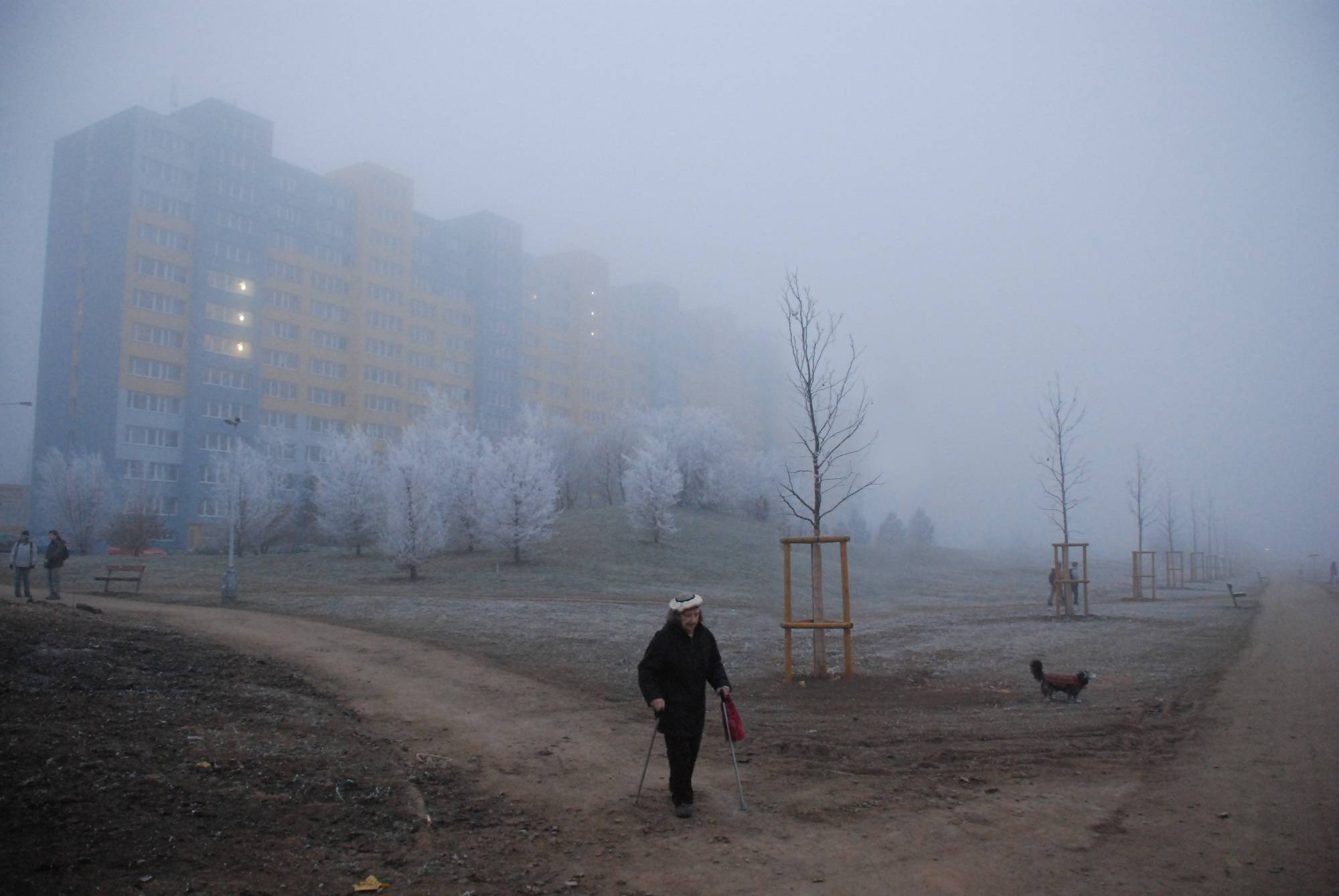 "The Government is making sure it doesn’t turn into a slum, They are investing in renovations, playgrounds and activities for people," says Sylva Francova, who’s lived in South City since she was five, and is now raising her own family here. The "Tower Renewal" project in Prague has included everything from energy retrofitting the buildings (concrete slab buildings, uninsulated, are serious energy pigs!) to good public transit to downtown, to encouraging commercial, social and community activity on site. 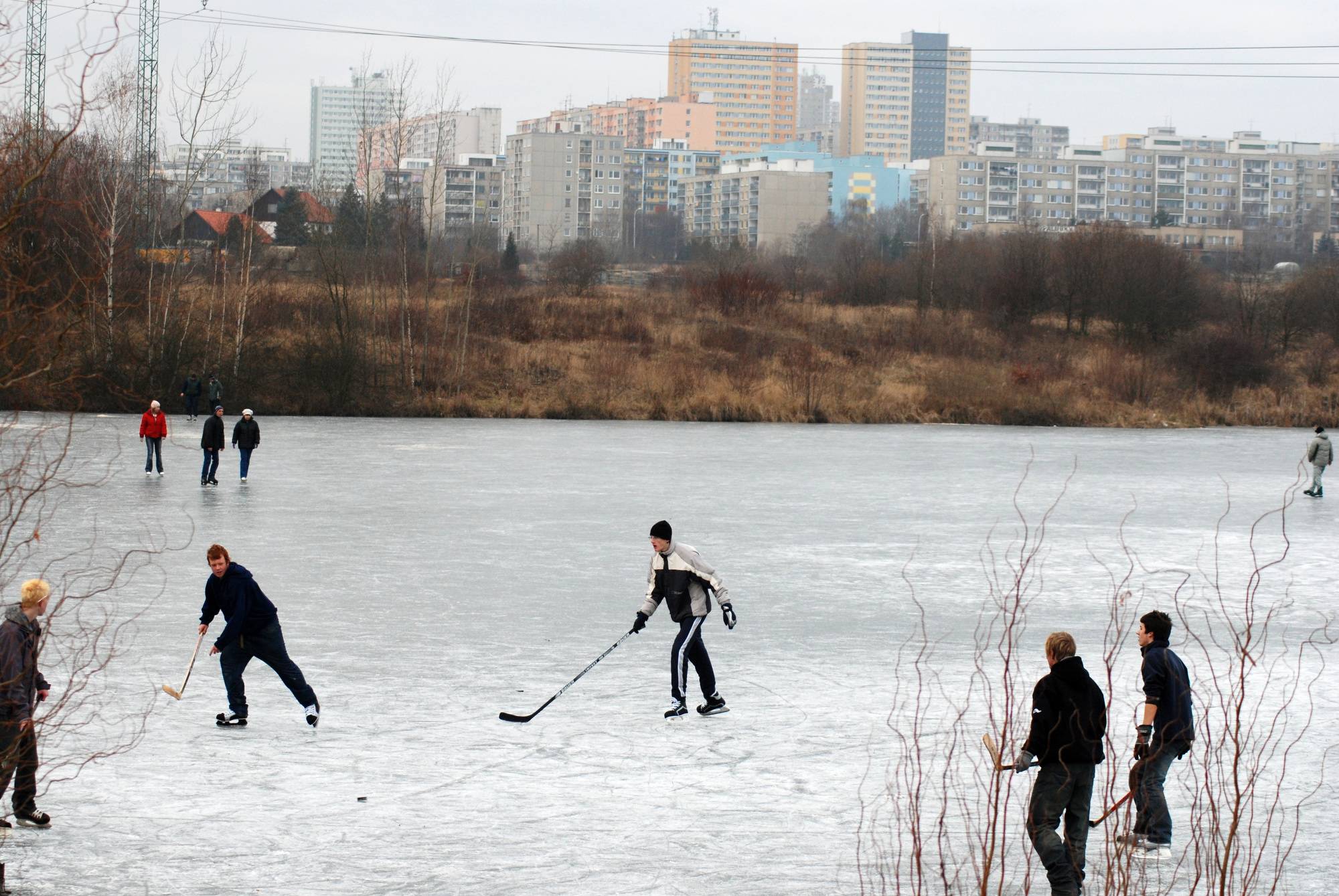 "People who live downtown Prague say that they could never live in the suburban apartment neighbourhoods. But for the people who live in the apartments, for us its great, and we would never go back downtown. Living in an apartment on the periphery has its benefits. We can walk to the woods, do lots of outdoor sports, that doesn’t exist in the centre," says Sylva. 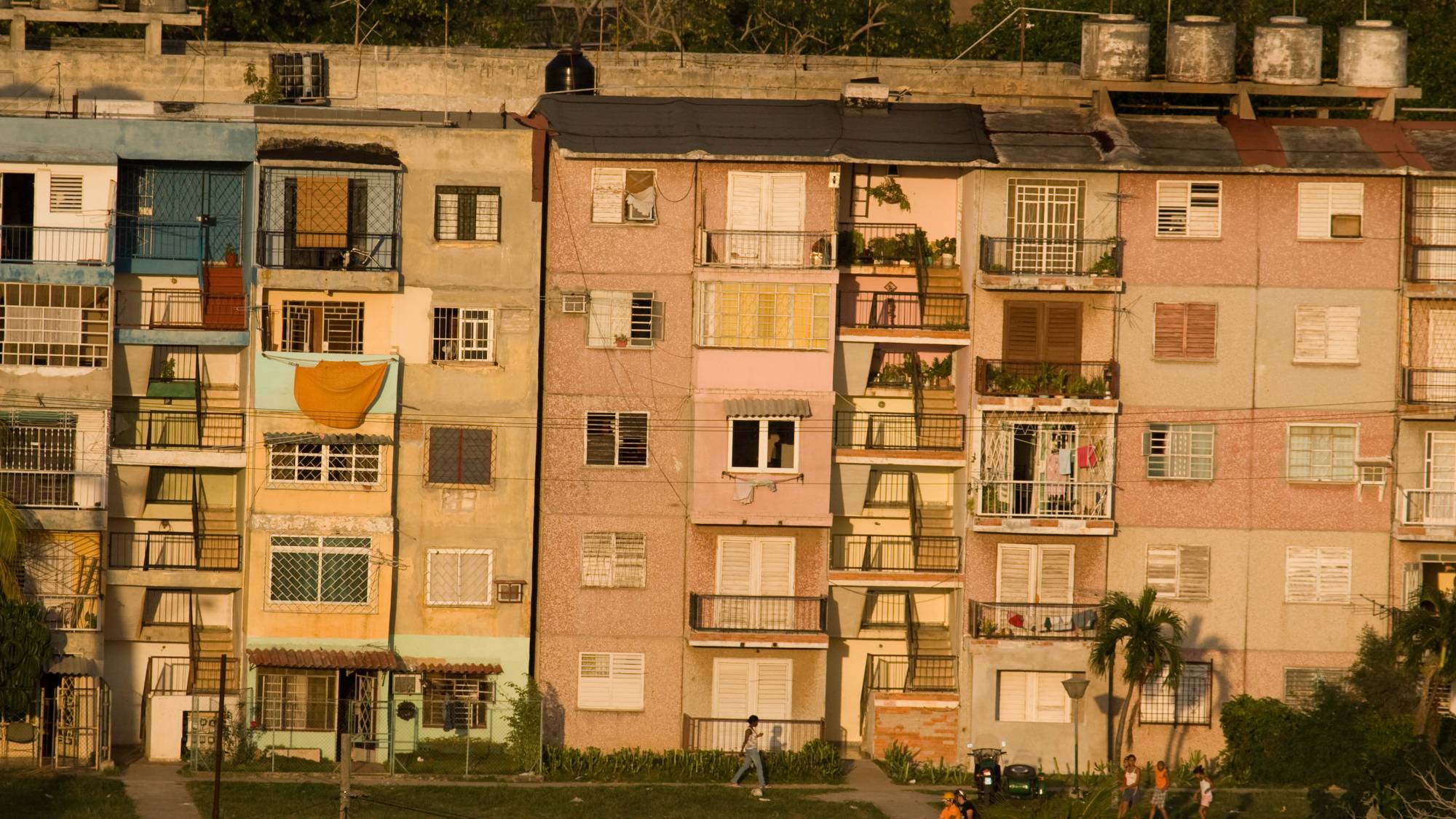 In another suburban apartment neighbourhood on the other side of the world, called Alamar, the largest public housing project in the world, 15 km east of Havana, Cuba, the concrete towers continue to deteriorate physically. Lack of proper water and sewage systems is just one of the major environmental and health issues facing the residents. "There’s a lot of contamination, as the tubes were poorly built," says Ivia, "these buildings were built by prisoners, in the sixties, during the Cuban Revolution for the "New Man."" 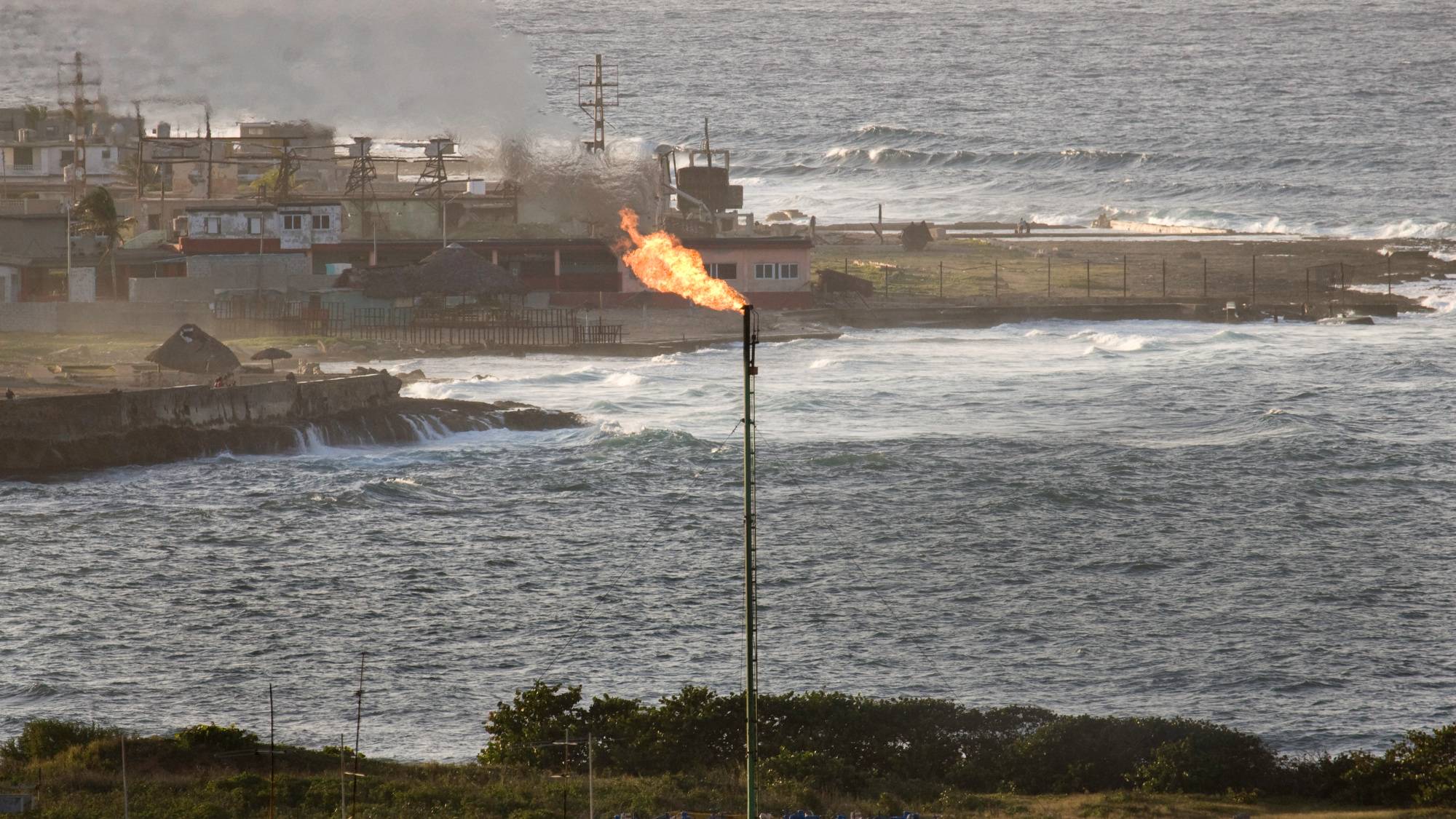 "I wish they’d invent a way to stop the drain from dumping human waste into the the ocean. A lot of people swim in there!" David, who moved here to start a family. 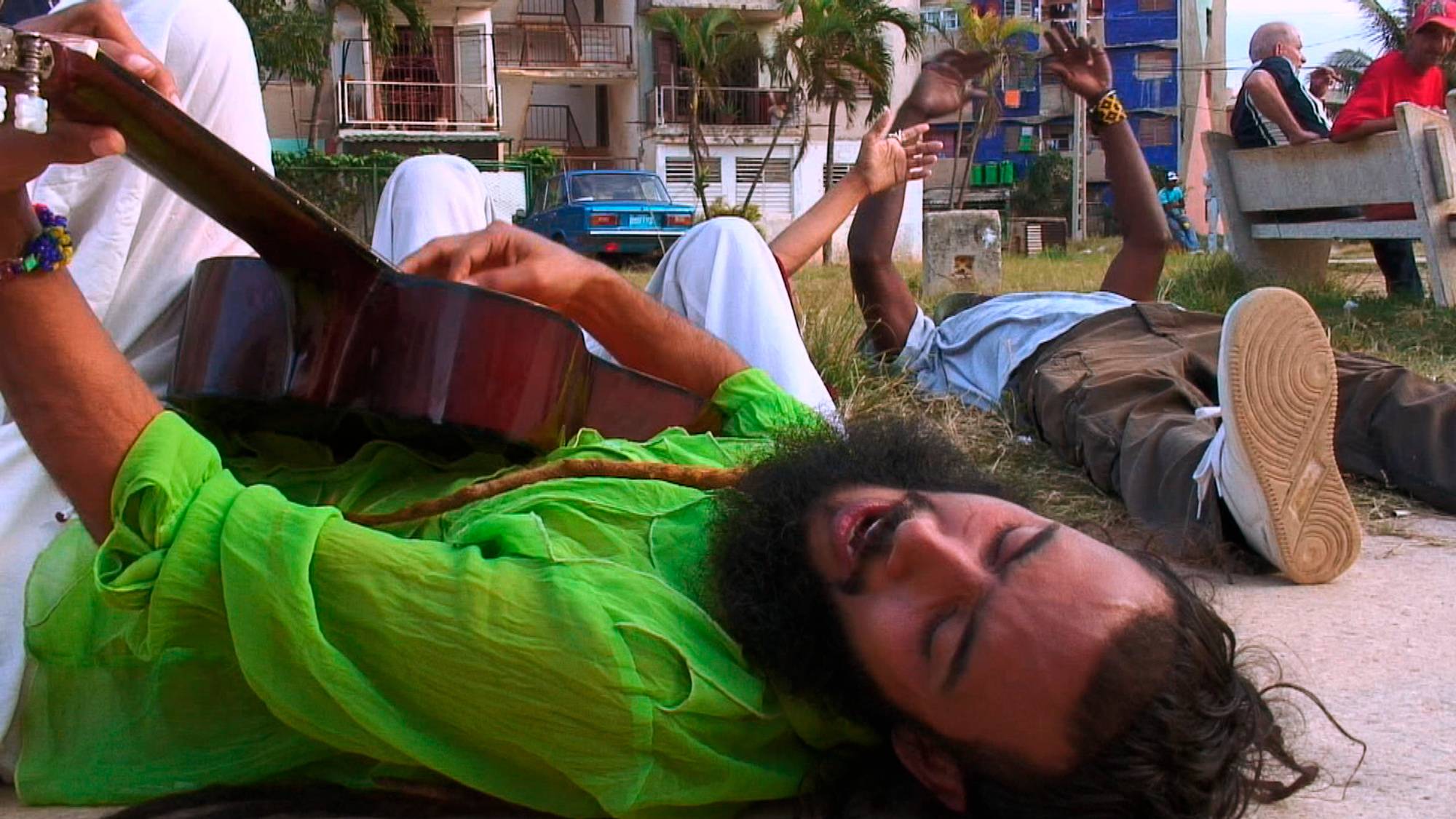 But Alamar has an appeal culturally and socially. "People participate, and new things form here," says David, a musician and performance artist, pictured playing the guitar. Significantly, Alamar was the birthplace of the Cuban Hip Hop movement. It’s a place where self-organized community fills in when much of everything else fails. 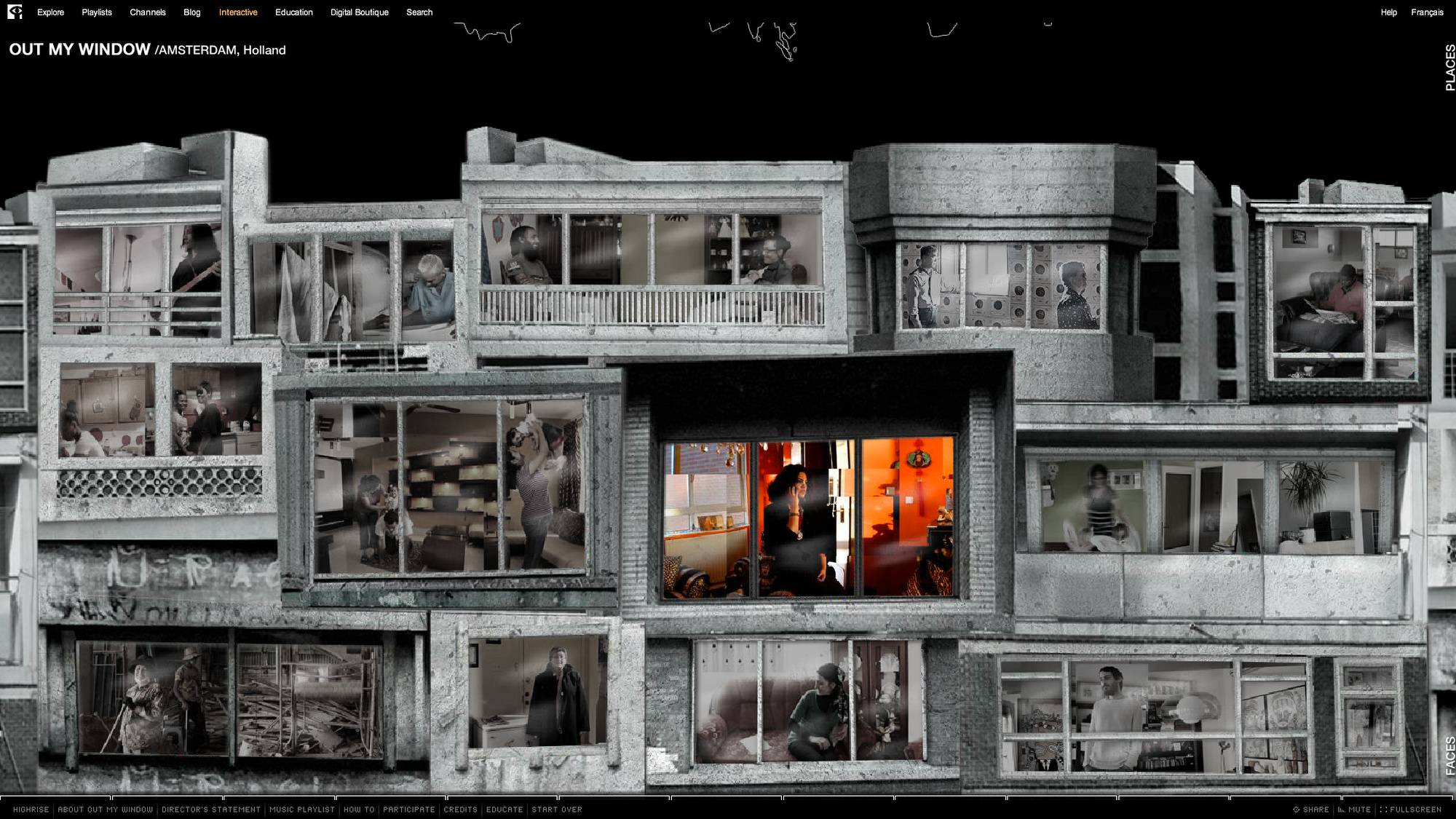 Even amid concrete slabs, humanity and hope flourish. The possibility for renewal, and for an environmentally-sound and human-friendly highrise urban planet is not a pipe-dream. See the latest NFB HIGHRISE documentary Universe Within at universewithin.nfb.ca