Rafal Gerszak's Thousand, a photo-documentary of the Hazara community in Afghanistan - a minority group who live under near-constant threat of violence from the dominant populations - is a remarkably gentle show, given the ungentle reality of the Hazara people. Taken with an old camera (i.e. using rolls of film, not digital files) that Gerszak bought in Afghanistan, the portraits and landscapes are suffused with a smoky, indistinct light, a dreamy texture that makes this largely unknown people seem even more difficult to know.

I know it's cliché to talk about the warmth of film compared with digital imagery's crisp exactness (not to mention the whole mysterious peoples in faraway lands chestnut), but sometimes the film/digital cliché is just true (and people you don't know are mysterious, whether they live on another continent or next door). But Gerszak is careful not to fall into the exoticizing traps of Orientalism - while the photos may look as if they were taken through a cloud of incense haze, the subjects are too self-aware, and camera-aware, to be read as romanticized others, as uninformed objects of questionable anthropological study.

In one image, a woman stands in front of a plaster wall that looks like it was the victim of a bad mould attack, or worse. Small and finely featured, the woman nevertheless owns the pictorial space. Her gaze is direct, and despite all the distressed surface that surrounds her, her expression conveys both confidence and caution.

In another image, an elderly man sits by himself in a rundown café, surrounded by empty chairs (the implication is clear - men and women of fighting age, adults who might be his friends or relatives, are otherwise occupied). The man looks to the floor, pensively. It would be easy to read this as a maudlin image, but only if one does not take into account the man's perfectly folded scarf, tidy appearance and flawlessly knotted turban. This is not a bedraggled survivor, but rather a man whose fate, which we can only assume has been very likely tainted by violence, has not robbed him of his innate sense of self-presentation, indeed his natty style.

The standout image from Thousand, for me, is a blunt head-and-shoulders portrait of a bearded man in his mid-40s (my age), dressed in a military-style jacket and sporting a haphazardly wound turban. Alarmingly handsome, in that crinkly Harrison Ford way, the man could be a Hazara movie star. His sideways glance is caught midway between mocking and crabby, and his mouth is equally uncertain whether to smile or sneer.

Apparently, no matter what one's situation, the quizzical distrust of the camera remains universal.

It's perhaps unfair to compare Stephen Waddell's photographs of street life in Vancouver and Berlin with Gerszak's practice. British Columbia is not Afghanistan, parallel booming narcotics trades aside. Waddell has not tasked himself with making a record of a threatened people. Nevertheless, similarities linger.

Both Waddell and Gerszak photograph found people, and thus engage in dialogues about the intrusiveness of the lens and the problematics of capturing strangers without demeaning or otherwise objectifying said subjects. Gerszak's approach is more direct - his subjects clearly know they are being photographed. Waddell presents a more sneaky, and thus more fraught, strategy. Most of his subjects are not facing the camera: They are recorded with their backs turned or while looking away from the photographer's front-and-centre position.

When Waddell's casual, sidestep strategy works, it really works. For instance, an image of a rail-thin older woman taking a break outside of a Berlin cinema, her hip titling sexily away from the focal point, is coy and considered. Is she posing? We can't know. In another work, a young woman with bright green hair tiptoes across a railway track. We see only the back of her dyed head, and her body wrapped in a cheery summer dress. Did she agree to this photograph? Again, we are limited in what we can know.

The most intriguing photo of the suite is of a street person pushing a packed, bright-blue shopping cart. I write "street person" with confidence only after asking the gallerist some core questions: Is this an actor? If not, does Waddell know this person? Did the subject agree to be photographed? I am very suspicious of photographers who photograph the poor and possibly abject, and I hate, to red-eyed rage, the poverty tourism generated by too many photographers in this country.

Another reason I grilled the gallerist is that the person pushing the cart is wearing a bright-green goblin Halloween mask - an inherently performative gesture. This mask, I learned, was the central reason for Waddell deciding to photograph someone he sees every day in his Vancouver neighbourhood.

Without question, Waddell's magpie-sharp eye for accidental, found colour combinations is sharp and smart, as witnessed in his many photographs of Berlin's non-stop, carnivalesque vibe. But to think that all Waddell saw of this person, who may or may not be living in diminished circumstances, was the mask, that Waddell may have read this person as a mere visual stimulant, not a human being, unnerved me. So, I asked.

Waddell, I'm told, is familiar with his subject and the subject was aware of the camera. Fine.

Perhaps in an age when we are all being reduced to visual fodder, through Facebook and other image-generating/delivering systems, Waddell's half-considered, half-accidental approach to photographing "the other" is the best we can hope for.

Whatever you decide about the humanistic implications of Waddell's work, you can never say the artist takes a boring picture. The amount of unpacking his see-saw semiotics require will keep any viewer busy for hours.

Goldfarb's abstract mirroring games are fabricated with Tonka truck materials - copper, lead, steel and all manner of tortured wood - but give off a calm, warm-tea-and-a-blanket energy. Bolts and bronze are the new plush.

What do a shoe, a leaf and an antler have in common? In this case, they're all fakes. Nobuaki Onishi's first solo show in North America introduces us to a master illusionist who creates almost perfect (but for the intentional flaws) copies of everyday objects. Reality is so overrated.

A survey of 10 years worth of Zsako's non-stop, zany output, these weird, sexy and perverse works will tickle your … well, whatever you want tickled. 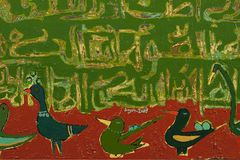 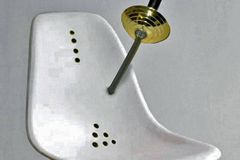 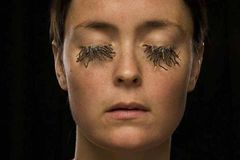 Don’t expect Decorating 101 at the Gladstone
January 28, 2011
In Hamilton, the mundane becomes spectacular
February 18, 2011
Follow us on Twitter @globearts Opens in a new window
Report an error Editorial code of conduct
Due to technical reasons, we have temporarily removed commenting from our articles. We hope to have this fixed soon. Thank you for your patience. If you are looking to give feedback on our new site, please send it along to feedback@globeandmail.com. If you want to write a letter to the editor, please forward to letters@globeandmail.com.
Comments