In a nation where slavery persisted well into the 19th century, and de facto segregation deep into the 20th, only the naive should be surprised that race in America remains a contentious issue. Of course, with contention comes intellectual opportunity, which Barack Obama seized so well on that summer day in Philadelphia, delivering an address that bolstered his presidential campaign and solidified his credentials. There, race gave rise to a brilliant speech. In a similarly adroit mind, it should give rise to an equally brilliant documentary, and Canadian director Paul Saltzman may be just the man for the job. But this isn't it.

As a young guy in the mid-sixties, Saltzman had the same convictions as his liberal peers, but a lot more courage. So he travelled to the Mississippi Delta to join the civil-rights movement and register voters, getting beaten and jailed for his labours. More than 40 years later, he went back with a video camera and a vague plan - "to find out how race relations might have changed, or not changed, since I had been there." His gathered evidence is the material of a work-in-progress, entitled Return to Mississippi , that definitely has the potential for brilliance, especially given his personal perspective. However, that's tomorrow's film.

Today's is a different story. Prom Night in Mississippi plays like a sidebar to his upcoming opus - an interesting sidebar, and with a famous name attached, but not quite worthy of the feature treatment it gets here. The name is actor Morgan Freeman, who spent his early childhood in Charleston, Miss., a small place then and no bigger now, just 2,100 people in a poor town in a poor county in a poor state. Although the high school in Charleston has been integrated since 1970, Freeman discovered to his dismay that something else had not - the senior prom. Each year there are two of them - one for the black students, another for the white. "Separate proms and separate homecoming queens," rails Freeman. "How stupid can that be?"

Damned stupid, but Saltzman doesn't statistically measure its breadth - whether duelling proms are unique to this backwater burgh or more commonplace than we might think. But he does follow Freeman to the local school board, where the actor makes his pitch: "One prom, and I'll pay for it." The board accepts, a committee is struck, and history awaits the spring graduation four months away.

What follows takes us into the hearts and minds, and sometimes the trailer homes and the cellphones, of the students themselves. They seem an amiable and bright bunch, near unanimous in their approval of the integrated party. The naysayers are the parents, specifically the white parents, who insist on maintaining the separate-but-equal "tradition." Yet, with one exception, they refuse to appear on camera, and that's a problem. We hear of their racist beliefs from others, including their own children, but mainly the film is obliged to circle around the absent centre of the conflict, the dark heart of the very issue under scrutiny. Consequently, like a skinny boy in an oversized tux, it has to pad.

Admittedly, what isn't padding is interesting, especially the general atmosphere within the school. There appears to be little socializing between the races. Indeed, a white girl can still pay a steep price for merely befriending a black guy - she's stigmatized, not in the classroom but outside in the town. There's only a single instance of interracial dating, but the couple, so tender in their young love, are careful to avoid any public display of affection. For that matter, they're careful to avoid the public - texting is their default mode of communication.

Elsewhere, though, the documentary stalls noticeably, losing its tension and marking time until the big night arrives. Only then is our interest reignited, sparked partly by the sheer, wonderful incongruity of the spectacle - stretch limos pulling up on dirt roads, beauties in glittering gowns picking their way down dilapidated porch steps, country and hip hop sharing the dance floor. "This new generation is gonna really change Charleston," insists a white male student. We can only hope, and, in the interim, wish that this voice of optimism, fearful of his parents' disapproval, hadn't felt the need to hide his face behind a blurred lens. 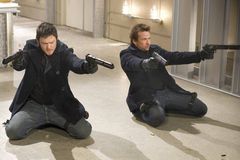 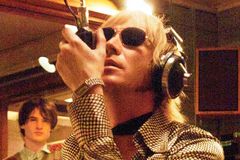 The Horse Boy
November 12, 2009
Follow us on Twitter @globearts Opens in a new window
Report an error
Due to technical reasons, we have temporarily removed commenting from our articles. We hope to have this fixed soon. Thank you for your patience. If you are looking to give feedback on our new site, please send it along to feedback@globeandmail.com. If you want to write a letter to the editor, please forward to letters@globeandmail.com.
Comments