Les Grands Ballets Canadiens director Alain Dancyger calls philanthropist Constance V. Pathy "a very discreet woman." How discreet? In 2012, Pathy, who is also the LGB president, told me that her company had secured a $13-million lead gift for its new headquarters, now being built in and around the old Wilder Building in Montreal's Quartier des Spectacles. Four years later, Pathy has finally acknowledged publicly that this donation is coming from her.

"I would now like to invite everyone in the community to join us in supporting the company's vision," she said last week in a media statement about her gift. That remark contains the whole reason Pathy overcame her usual discretion: She wants others to chip in the nearly $7-million that LGB and its three partner companies – Tangente, Agora de la Danse and École de danse contemporaine de Montréal – need to reach their fundraising goal.

Seven-million dollars isn't much, given that the total cost for the new Espace Danse is $99.2-million, three-quarters of which is coming from the provincial and federal governments. The new structure will include rehearsal and teaching spaces and a small theatre, as well as several floors of office space for provincial culture bureaucrats. The smaller companies will take occupancy in January, with the LGB to follow in the spring of 2017.

But "everyone in the community" is a tough crowd when it comes to raising money for the arts in Quebec. The latest Statistics Canada report on charitable giving again confirmed that Quebeckers are the least benevolent donors in the country. In 2013, they gave an average of $264 to all charitable causes, far less than Albertans ($863 per capita) and Ontarians, who met the national average with $532 a person.

Like other Canadians, Quebeckers send most of their donations to churches, medical facilities and educational institutions. There isn't much left for the arts, though almost everyone in Quebec will tell you that culture in this province is very important. Cultural expression through language, customs and the arts has taken a leading role in every form of Quebec nationalism. It's what makes Quebec a distinct society, but Quebeckers don't like to write cheques for it.

"It has always been, in Quebec, that the government or the church takes care of you," Pathy told me in 2012, offering the usual explanation. Part of that remains somewhat true: Even after various budget crises and contractions, the Quebec government gives more to cultural activities than other provincial governments do. This can be taken for granted to a truly impressive degree, as shown in the recent grumbling on this subject by Nathalie Bondil, director of the Montreal Museum of Fine Arts.

Bondil fumed in the latest MMFA annual report that in the past 20 years, government support as a proportion of her museum's budget had dropped from 76 per cent to 46 per cent. The most startling revelation there, for anyone who has lived outside Quebec, is that there was a time in recent memory when you could count on the state to cover three-quarters of your museum's bills. The MMFA's current level of 46 per cent still looks lavish compared with the 33 per cent of budget received by the Art Gallery of Ontario.

As for the church, it ran Quebec hospitals and schools for many years and resisted any state encroachment on those spheres. But the only arts it took care of were church music and devotional altar painting. The church leadership traditionally opposed most forms of literature, theatre and dance, and everything to do with modern art. An archbishop of Montreal even delayed the opening of the city's first French-language public library by several years, because it would distribute novels and other profane writings.

You might imagine that the Quiet Revolution, which counted as one of its founding documents the anti-clerical Refus Global written by former altar-painter Paul-Émile Borduas, would have taught Quebeckers to support individually the forms of cultural expression the church tried to suppress. But most Quebeckers still prefer to believe, most of the time, that the cost of a ticket is all that should be expected of them.

The MMFA offers a good instance of why that can't be true for the non-commercial arts. The museum has been expanding aggressively in recent years, adding the Claire and Marc Bourgie Pavilion of Quebec and Canadian Art, and Bourgie Hall, in 2011; and the Michal and Renata Hornstein Pavilion for Peace, which opens in November. The museum knew that grants wouldn't increase to cover the costs of running these new buildings, so it relied on its own fundraising for the whole cost of the Bourgie's upkeep. Eighteen months after the building opened, the museum's grant was cut by an equivalent amount.

"The MMFA is subject to cuts that negate the efforts of its fundraising campaigns," Bondil concluded, in her annual-report screed. But this would be old news in Ontario, where the spiral of greater self-reliance that leads to less government support has been a feature of life for decades.

The simple truth is that the state and the church no longer take care of things as they used to, and that there are a limited number of Bourgies, Hornsteins and Pathys ready to make large donations. Actually, that kind of big donor – the truly committed, art-collecting, art-adoring kind – is never numerous enough to make a cultural scene prosper. You also need well-to-do people for whom cultural giving has cachet and is a sign of social capital, as it is in New York and Toronto but not yet, to the same degree, in Montreal.

You also have to have ordinary arts patrons measuring up to their responsibilities, in terms commensurate to what they receive and want to see in their communities. The mass of Quebeckers need to wake up to these facts, if they want Montreal and Quebec to remain dynamic cultural spaces. 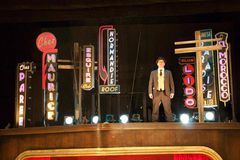 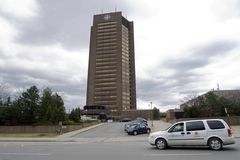