Visitors to Yael Bartana's prize-winning three-film installation … And Europe Will Be Stunned will be forgiven if they have arrived expecting an easy-to-unpack, didactic presentation.

All the elements are there: Bartana is an Israeli filmmaker and artist whose work explores ideas of nationalism and community. She is also the first non-Polish artist to represent Poland at the Venice Biennale, via this same series of works – works that deal openly with the potential for healing, in Poland, between Jews and non-Jews, decades after the Holocaust. Simply put, this is loaded material.

And yet, Bartana's work defeats linear readings. If anything, one comes away from these films full of questions about artistic intent, visual cues versus text and performance messaging, and the very act of nation/state building (or rebuilding). Questions, Bartana appears to be arguing, are, at this stage in Europe's ongoing post-Second World War evolution, the only viable, the only reliable, acts of expression.

The short films themselves – currently on show in interlocking rooms at the Art Gallery of Ontario – are unquestionably beautiful to look at. Filmed in a melodramatic, at times retro-heroic style – one reminiscent of Soviet propaganda films and owing no small legacy to the troubling works of Leni Riefenstahl (whose films and photographs will be attacked and defended in equal measure until the end of time) – Bartana's three interrelated narratives dazzle with their epic swagger and precise and vivid art direction.

This is not film/video art made on the cheap.

The story, told in three parts, is also fairly straightforward and digestible, despite the hot-button topics explored.

In the first film, a young man who looks like a graduate student in mathematics delivers a long, enthusiastic speech – a speech wherein he calls for the creation of a Jewish Renaissance Movement (JRM), a movement centred on the idea that Jews of Polish heritage must return to Poland and reinvigorate Polish society, create a utopia of tolerance. If this is done, he promises, "Europe will be stunned."

In the second film, we see a group of healthy young people building a kibbutz in Warsaw, the first instalment of the dreams of the movement. It's a lovely, happy film, full of pastoral images, handsome, earnest faces and humble hopes.

The third film depicts the protracted funeral of the young leader, who, we are told, has been assassinated. The funeral is long-winded, in all senses: The processions are slow-moving, the music stilted, the public speeches full of platitudes and dutiful promises to carry on the work of the JRM and its fallen leader.

Thus, in under an hour, the viewer is given the birth, the manifestation and the possible death of a fictional political movement.

All the tropes of political/propaganda films are engaged, wholeheartedly, from sweeping, arch camera angles to from-below views of speech-givers. Only the lusciousness of the sets and the intentionally wooden acting separate these films, visually speaking, from generic political-campaign commercials.

The films are so fluent in various styles and strategies of state- or policy-driven communication, they could almost be a parody of propaganda films. One half-expects a puppet version of Kim Jong-il to turn up.

And therein lies the subtle but irruptive rub.

In each film, one sees a blunt counterpoint to the surface proceedings. The young leader of the JRM gives his first speech in an abandoned, weed-infested amphitheatre, with only small children as his audience.

The kibbutz lovingly erected in the second film bears a shocking resemblance to a concentration camp, complete with barbed wire and watchtower. Spectators and mourners at the leader's funeral wear T-shirts bearing the mixed-signal slogan "We Shall Be Strong In Our Weakness," and the leader's body lies in state at Warsaw's Palace of Culture and Science, a much-derided monstrosity commissioned by Joseph Stalin in the early 1950s as a symbol of Soviet dominance.

So, nothing is quite as it seems. No ideology expressed within the films, no matter how well-intentioned, can be read as a literal, face-value idea, as completely free of doubt.

Stability and politics, these films argue, are incompatible, because there is always that second glance that must be taken and all spaces, no matter the amount of reclaiming, carry their own memories, and thus power.

I am not a member of a diaspora, but I am a member of a minority, and Bartana's unease with ideological certainty, with promises (political slogans, social contracts) and, especially, with image-making designed to be all-encompassing, to comfort (or cheat?) complex communities already challenged by their own interior diversities, speaks loudly to me.

… And Europe Will Be Stunned is carefully considered yet elusive, adamant yet lyrical and, naturally, like all propaganda pieces – even those seeking to undermine propagandistic schemes – highly seductive. It's a crash course on the dangers, delusions and shale-brittle frailties of mass movements.

But you have to pay close attention to see the cracks.

… And Europe Will Be Stunned runs at the Art Gallery of Ontario in Toronto until April 1. 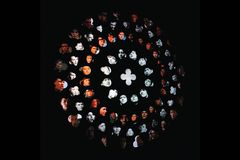 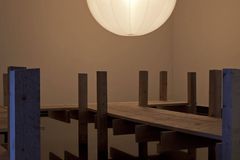 In Darkness: A haven in the sewers in war-time Poland
February 17, 2012 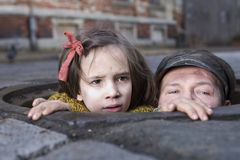 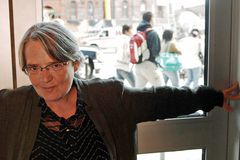 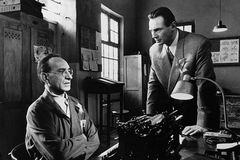