The Word Play office is forever picking apart words. For instance, if a worker downs a drink, he swallows it. But if he downs tools, he stops working and goes on strike. The first sense emerged by 1860, the second by 1898. If a fellow doesn't grasp the distinction, downing tools could be very painful.

Today's candidate for mulling comes by way of Michael Kesterton's Social Studies column on Aug. 26. Kesterton wrote of a girl in England who had solved a crime that had stumped the police. In discussing the case, she said: "Everything was ramshackled. There were clothes everywhere."

The uncommon usage intrigued reader Jackie Norris Dean. "The confusion is evidently between ramshackle and ransacked, both presumably reflecting an agrarian British past, and I would love to read your analysis in a column."

Ramshackle and ransack indeed entered English centuries ago in Britain, but the focus was more aggressive than agrarian.

Iceland donated ransack. The word derives from the Old Icelandic rannsaka, as filtered through Scandinavian languages and dumped on Britain's doorstep in the 1300s. Drawn from the Icelandic rann (house) and sakeja (to seek), rannsaka meant to search a house, usually in a hunt for stolen goods.

When it entered English, ransack (then spelled ransak) meant to frisk someone for stolen merchandise. By 1400 it applied to houses. From the beginning it also meant to turn a place upside down in the course of a robbery and to leave it in disarray.

By 1605, the Scots and others were using a variation of ransack, ransackle, in the same sense of upending somebody's goods and property. It seems logical to assume that ransackle led to the adjective ranshackled, which was first recorded in the late 1600s and by the 1800s was being spelled ramshackled and ramshackle. After all, ranshackled meant badly in need of repair, as a house might be after a ransacking.

But the lexicologists hem and haw, the way they do when they can't firmly link one word's path to another's. Maybe ramshackled came from ransackle. Maybe it didn't.

One divergent thought, recorded by word expert Craig M. Carver and others, is that ramshackled derived from the 19th-century Scots word camshachle, to distort or twist, from cam (crooked) and shachle (to distort). The trouble here, the Oxford English Dictionary says, is that shachle (or shauchle) was almost certainly coined later than ramshackled.

Word mavens Robert Hendrickson and William and Mary Morris put forth the proposition that ramshackled came from the Icelandic word ramskakkr, which meant exceptionally twisted. The theoretical link is that something so badly bent out of shape is likely to fall over. Ergo, it is ramshackle.

The road from ransackle to ramshackle is more persuasive, but I'd hate to deprive Iceland of any claim to ramshackle, since there aren't a lot of English words specifically derived from Icelandic. That country did provide ransack and geyser, from a hot spring named Geysir, but most of the remaining candidates (such as apple, book and mother) could as easily have come from other Germanic languages (Old Norse, Old Swedish, the list goes on). I don't want to receive a grumpy letter from Bjork.

One final puzzle is whether the common shack got its name from ramshackle. A Scottish reference to a "shachel" from 1835 (good tents and shachels) might indicate a shack, and there was an 1890 Chicago reference to a "shackle" as a miserable structure to live in. But the general feeling is that shack was born elsewhere.

Hendrickson and others suggest that shack (first recorded in print in 1878) emerged in the U.S. Southwest from the Mexican word xacal or jacal (pronounced "shacal"), in turn derived from xacalli, a word used by the Aztecan Nahua people for an adobe hut (from xamitl, adobe, and calli, house).

Time to go back to mulling, perhaps with mulled cider, which is easily downed.

Going out on a limb, from Limoges to Limerick
September 23, 2011 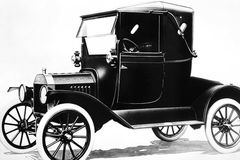 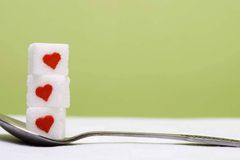 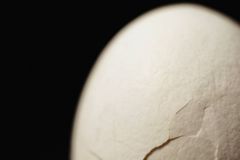 Liberal intelligentsia: compliment or smear?
August 13, 2011
Follow us on Twitter @globearts Opens in a new window
Report an error Editorial code of conduct
Due to technical reasons, we have temporarily removed commenting from our articles. We hope to have this fixed soon. Thank you for your patience. If you are looking to give feedback on our new site, please send it along to feedback@globeandmail.com. If you want to write a letter to the editor, please forward to letters@globeandmail.com.
Comments