Getting in touch with nature is often easier in the pages of a book than it is in reality, and modern nature writing has helped enormously to raise environmental consciousness and foster concern for the fate of endangered species and habitats. Canadian writers have been at the forefront of the movement since its inception, the first to introduce realistic stories told from the point of view of the animals themselves. "That's the key," Margaret Atwood wrote in Survival: A Thematic Guide to Canadian Literature. "English animal stories are about the 'social relations,' American ones are about people killing animals; Canadian ones are about animals being killed, as felt emotionally from inside the fur and feathers."

Beginning with Ernest Thompson Seton's Wild Animals I Have Known, literary engagement with nature remains a major preoccupation of Canadian culture. Nobody does it better. So here's a list of five contemporary and five classic titles that together represent the best of a long and brilliant tradition.

A Geography of Blood, by Candace Savage. Following literally in the footsteps of U.S. author and environmentalist Wallace Stegner, who lyricized his Saskatchewan upbringing in the memoir Wolf Willow, Savage explores the same Cypress Hills landscape with fresh eyes and a keen awareness of all that was lost or destroyed in the epic tale of pioneer settlement. The most personal book from a veteran nature writer, A Geography of Blood won the 2012 Hilary Weston Writers' Trust Prize for Non-Fiction.

The Tiger: A True Story of Vengeance and Survival, by John Vaillant. Winner of seven major awards and lavishly praised as an instant classic of the genre, Vaillant's account of the hunt for a man-eating tiger in the Russian Far East is "the forest equivalent to Moby-Dick," according to Le Monde. The book combines a ripping adventure with deep lessons in the power of nature, as represented by a misunderstood hero of awesome charisma. "Few writers have taken such pains to understand their monsters, and few depict them in such arresting prose," The New York Times wrote.

Eating Dirt: Deep Forests, Big Timber and Life With the Tree-Planting Tribe, by Charlotte Gill. Anybody who thinks the modern experience of nature has become too rarefied or tame should share a chapter or two with Charlotte Gill in her chronicle of the always tough, alternately miserable and ecstatic experience of work on the ragged frontier of industrial forestry. Partly a memoir of 17 years Gill spent planting the cut blocks herself, partly a cultural history of a new-age tribe of forest workers, and partly an environmental treatise, Eating Dirt "takes readers into a world of extreme beauty, devastation, adventure and boredom, exploring the pain and pleasure of a half-wild life," according to Canadian Geographic magazine.

Fauna, by Alissa York. It takes some nerve to set what promises to be a generic nature novel in the very heart of the city, which might explain why York's second novel failed to garner the attention it deserved when published three years ago. Quite apart from its unorthodox setting, the novel challenges readers by upending the typically stern Darwinian attitudes that have characterized Canadian nature writing since Seton. Focusing on marginalized characters and their passions for equally overlooked urban wildlife, Fauna anticipates a new age of literary pantheism.

Into the Silence: The Great War, Mallory and the Conquest of Everest, by Wade Davis. The first British attempts to climb the world's highest mountain are not your standard romp in the arms of Mother Nature. But then, Wade Davis's account of those tragic adventures is not your standard mountaineering story. Epic in every sense, it traces the hunt for glory at the top of the world back to the horrific events George Mallory and his colleagues experienced in the First World War, and outward to encompass the decline of the empire that produced them. Universally raved about since its publication two years ago, Into the Silence was recently awarded the Samuel Johnson Prize, Britain's top honour for non-fiction writing.

Wild Animals I Have Known, by Ernest Thompson Seton. Along with fellow Canadian Charles G.D. Roberts, Seton invented a wholly new literary genre in 1898 with this modest but startlingly original collection of animal biographies, based on close observation in the field and told strictly from the animals' point of view. Although the Canadians' innovation made them prime targets in a major literary controversy, accused by U.S. naturalists of "nature fakery" for endowing their characters with intelligence, Wild Animals is more likely to strike contemporary readers as harshly unsentimental, each story ending with the inevitable (in Seton's view) violent death of its hero.

Never Cry Wolf, by Farley Mowat. Undaunted by decades of criticism, the school of unrepentant Canadian "nature fakers" registered one of its greatest, most ambiguous triumphs with the 1963 publication of Farley Mowat's famous account of his life with wolves in the Far North. Subsequently denounced by scientists as a work of fiction that misconstrued lupine behaviour, it had a major impact on public attitudes and government policies, helping transform the wolf "from the beast of waste and desolation (in the words of Theodore Roosevelt) into conservationist cause célèbre," according to historian Karen Jones. And it remains a rollicking good read.

Last of the Curlews, by Fred Bodsworth. This story of a lone Eskimo curlew undertaking a final, globe-spanning migration while searching fruitlessly for a mate could well be the saddest Canadian novel of any genre ever written. First published almost 60 years ago, it remains a favourite among environmentalists of a literary bent, with one U.S. edition introduced by poet W.S. Merwin and the current edition from New Canadian Library with an afterword by author Graeme Gibson. The book is also cited by Mrs. Gibson (a.k.a. Margaret Atwood) as supplemental reading for her most recent novel, The Year of the Flood.

Panther, by Roderick Haig-Brown. As far as possible from so-called "nature fakery," British-born Haig-Brown's original contribution to the classic Canadian genre could well be termed "nature noir," imbued as it is with a bloody and unrelenting naturalism that shocked many readers with its publication in 1934. The story follows the life of Vancouver Island cougar Ki Yu as he roams the Wapiti Valley and evades a famous hunter and his dogs. "Nothing in nature, so long as it is honestly observed and honestly described, can harm the mind of a child," Haig-Brown wrote in the introduction, anticipating criticism. "Conceal from children, if you will, the baseness of man. But let them read and understand the ways of animals and birds, of water and wind and earth, for these things are pure and true and unspoiled."

The Curve of Time, by Wylie Blanchet. No category or genre can begin to describe the charm of this book, which remains one of the bestselling non-fiction books in British Columbia more than 50 years after its publication. It is the memoir of a remarkably resourceful widow who, for several months every year, raised her five children aboard a tiny motor launch they cruised up and down the Pacific Coast, with a copy of the diary of Captain George Vancouver helping to guide their wandering ,and whales and bears for company. 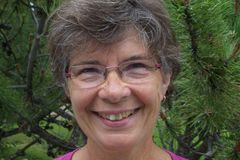 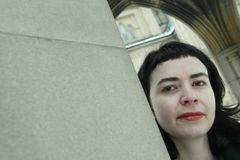 From 'total princess' to tree-planting fanatic 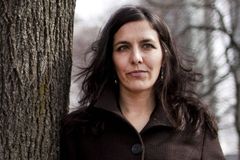 No. 10: Roderick Haig-Brown
Follow us on Twitter @globeandmail Opens in a new window
Report an error Editorial code of conduct
Due to technical reasons, we have temporarily removed commenting from our articles. We hope to have this fixed soon. Thank you for your patience. If you are looking to give feedback on our new site, please send it along to feedback@globeandmail.com. If you want to write a letter to the editor, please forward to letters@globeandmail.com.
Comments