Strapped for cash this summer and unable to afford a theatre trip to the Stratford or Shaw Festivals?

Not to worry – there are 148 shows on tap at the Toronto Fringe Festival until July 14, many of which have more in common with the high-brow fare in Stratford and Niagara-on-the-Lake than you might think.

There may not be air conditioning in all of the venues and the seats are rarely plush, but, with a few minor alterations, you can get the Shaw and Stratford experience for a top ticket price of $11. Sort of. Here's how.

1. Instead of Romeo and Juliet, The Merchant of Venice, Measure for Measure or Othello at Stratford… Try one of the dozen or so Shakespeare and Shakespeare-inspired productions at the Fringe.

The offerings this year range from a relatively straightforward Much Ado About Nothing staged in a bar to a children's puppet play called Rovero and Juliet (which pits the Muttagues versus the Catulets). Most promising is Death Married My Daughter, a feminist remix of Othello and Hamlet directed by Canadian physical theatre legends Michele Smith and Dean Gilmour and starring their daughter, Nina Gilmour.

2. Instead of Waiting for Godot at Stratford… Try Morro and Jasp: Go Bake Yourself.

The Samuel Beckett estate famously won't let women play the parts of Vladimir and Estragon, so what are a pair of female clowns to do but create their own work. Morro (Heather Marie Annis) and Jasp (Amy Lee) have been honing their act since 1995 and their latest romp, an on-stage cooking show, promises to put the eggs back into existentialism.

3. Instead of Tommy or Fiddler on the Roof at Stratford… Try The Musical of Musicals: The Musical.

Whether you like rock operas or the Golden Age of musical theatre, this American off-Broadway hit by Joanne Bogart and Eric Rockwell has all the bases covered. It repeats the same melodramatic plot five times in five styles: Rodgers and Hammerstein; Stephen Sondheim; Andrew Lloyd Webber; Jerry Herman; and Kander and Ebb. Adrian Marchuk, a former Frankie Valli in Jersey Boys, stars.

4. Instead of The Three Musketeers at Stratford… Try Callaghan! And the Wings of the Butterfly.

Which promises all the same action, adventure and damsels in distress – but probably a few more laughs. Created by improv troupe Sex T-Rex, this scripted show – a hit at last year's Montreal Fringe – is described as "a whirlwind comedy complete with barroom brawls, harrowing chases and timeless romance."

5. Instead of Judith Thompson's new play, The Thrill, at Stratford… Try Kat Sandler's latest, We Are the Bomb.

Prolific playwright Sandler has been building a reputation (similar, perhaps, to Thompson's as an up-and-comer in the 1980s) with dark, urban comedies presented on Toronto's off-the-grid circuit of indie theatres such as the Red Sandcastle and The StoreFront Theatre. (Luminato artistic director Jörn Weisbrodt is particularly fond of dropping her name.)

6. Instead of Guys and Dolls at the Shaw Festival… Try It's Always You.

Stage star Sheila McCarthy, who was Miss Adelaide in Stratford's last production of Guys and Dolls, plays the female lead in this 90-minute musical written by Dan Redican of The Frantics. The metaphysical plot shows how the relationship between two men and one woman plays out in three different alternative realities. Can a love triangle ever have a happy ending?

7. Instead of the Eugene O'Neill/Susan Glaspell double-bill, Trifles, at Shaw… Try Inge Snapshots.

Which likewise presents two rare American playlets. Rod Ceballos directs two short works by William Inge, a favourite of Shaw artistic director Jackie Maxwell. Bus Riley's Back in Town (turned into a 1965 movie starring Ann-Margret) and Glory in the Flower both provide elegiac portraits of midwest life in the mid-century.

8. Instead of Enchanted April, based on Elizabeth von Arnim's 1922 romantic fantasy, at the Shaw… Try Tomes.

Secretly Illiterate Theatre will perform a full show based on a different wizard-and-gnome-filled paperback at each performance – the twist being that none of the actors will have read the books in question. They will improvise a plot based solely on the title and the illustration on the front, turning judging a book by its cover into an extreme sport. An entirely different kind of fantasy-novel adaptation. 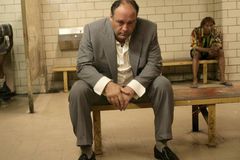