Night Town, the ambitious debut novel by broadcast journalist Cathi Bond, starts out in Alice Munro territory – a small Southern Ontario town called Sterling in the late 1960s, where our young protagonist's father is the only doctor.

Maddy lives with her parents and two brothers in a "three-storey white frame house with a deep wooden veranda" and two chestnut trees in the yard. Her mother's side of the family are a tough breed of hard-working farmers, with a grandfather who refuses to tie up an aggressive child-biting dog because "if you can't face down a dog, you're not good for much are you?" Maddy's father is a more gentle, cerebral man, and their childhood is fairly bucolic until her mother falls ill with cancer, a disease that no one speaks openly about in this time and place. The reality of her illness was kept a secret, and her death comes as a shock to her children.

While adolescence is difficult for nearly everyone, Maddy has to face the regular hormonal roller coaster without any parental guidance, as her father basically dissolves from the grief. She makes a new friend in a local farm girl, Ginnie, whom Maddy finds more fun to hang out with than her handsy boyfriend Kenneth. As her feelings for Ginnie deepen, she also discovers the pleasures to be found in her father's unlocked pharmaceutical stash in his office.

Night Town isn't your usual coming-out or coming-of-age story, though it does share the linear structure and emotional narrative arc of the Bildungsroman. It is written in first person, but the voice rarely devolves into the lengthy self-reflections that normally occurs in coming-of-age narratives; it retains some of the omniscience more common to the third-person point of view, and sometimes the tone verges on reportorial. This choice results in the occasional clumsy sentence or plot points rushing up against each other without reflection, but nothing that isn't often found in a debut novel.

The second half of the book takes place in Toronto after Maddy's secret desire for girls is revealed. In the 1970s, this means that she has to choose between the streets or the psych ward, and so we follow Maddy as she finds herself on Yonge Street with a pocket full of LSD for sale. This is where the novel really shines and finds its groove as a fast-paced adventure story while our scrappy narrator takes a quick course in street-life survival and discovers the burgeoning gay underground. Night Town is portrait of a specific moment in the counter-cultural history of Toronto: We watch Maddy buy drugs at Rochdale College, sit on the Church-Wellesley Steps, work at a body-rub parlour with other teenaged girls and help stitch up a brawler in an old-school butch/femme bar.

Night Town is a rollicking and cinematic ride through one girl's spirited life of limited choices, and Maddy Barnes is a well-drawn, irreverent heroine that readers will root for from get-go. I was not surprised to read that the novel has already been optioned for screen by Back Alley Films – the company that produced CTV's Bomb Girls – and it will no doubt make an excellent portrait of the gritty 1970s in Toronto.

Zoe Whittall's most recent novel is Holding Still for as Long as Possible. She is a frequent contributor to Globe Books. 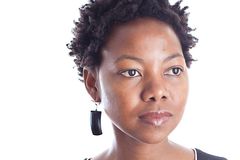 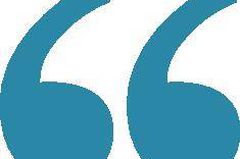 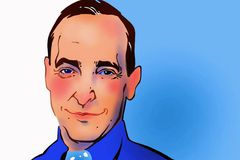