In the days after the Osama bin Laden assassination, the group that carried it out – part of the Joint Special Operations Command (JSOC) – emerged from the shadows to become feted as national heroes. The fact that JSOC is "the most covert unit in the military and the only one that reports directly to the White House" served Barack Obama well, allowing him to share directly in the glory. The Hollywood film that dramatized the raid, Zero Dark Thirty, added to the lore of this killing machine – so efficient, so lethal, so necessary, so ethically specific in its targets.

Dirty Wars, a remarkable documentary as important as it is compelling, puts the lie to much of that lore, until there remains just a single indisputable fact about JSOC: Lethal it assuredly is.

The investigative journalist here, whose eloquent voice-over powers the doc, is celebrated himself: Jeremy Scahill, the globe-trotting national-security correspondent for The Nation and writer of the Iraq exposé, Blackwater: The Rise of the World's Most Powerful Mercenary Army. Director Richard Rowley, also a war-zone reporter, picks him up in Kabul, February of 2010, back when JSOC was still deeply immersed in the shadows and most journalists were deeply embedded in NATO units. Not Scahill. Each day, NATO would publish a long but vague list of night raids, which no one in the media witnessed but which Scahill knew to be "the map of a hidden war." So we follow him, unembedded and unprotected in an aging Toyota, to a place on that map: Gardez.

There, the grieving villagers produce cellphone video evidence of the killings: two men dead, one a senior Afghan police officer who fought against the Taliban; three women dead, two of them pregnant. On the video, we see the bloodied bodies and we hear American voices, and are later told the assassins used knives to extract the bullets. The villagers describes the U.S. soldiers as burly men with beards: "We call them the American Taliban." Back in Washington, Scahill testifies before the House judiciary committee about the Gardez raid, but no one is listening – most of its members leave upon his arrival. After, in his Brooklyn home, he wonders: "Who are they, these American soldiers with beards?"

Digging further, Scahill finds the answer: They are JSOC forces, and Gardez was just one of 1,700 such raids in Afghanistan. And not just Afghanistan. We follow him again, this time to Yemen and another dirt-poor village: al-Majalah. More grieving families, more video evidence, more American weaponry strewn on the ground, but a much bigger death toll, including 14 women and 21 children. Abdulelah Haider Shaye, the local journalist guilty of nothing but documenting the attack, is later imprisoned by his government. When he's about to be released, a phone call from Obama is sufficient to prolong his detention. Scahill finds proof of the call in the White House records, and concludes: "The echoes of Gardez are everywhere."

Two American officers with links to JSOC, Matthew Hoh and Andrew Exum, reinforce that conclusion. An unnamed source in JSOC itself, his face draped in more shadows, goes further: "The President has made a political and military decision to let JSOC run wild." He claims that the kill list, once confined to that infamous deck of cards in Iraq, has expanded a hundredfold and stretches to over 45 countries. But, just as the former Shin Bet leaders reasoned in The Gatekeepers, targeted assassinations are messy and end up just compounding the problem they're meant to solve.

Perhaps the documentary can be faulted for not providing the counterargument justifying JSOC, or perhaps that argument (terrorism is a global conflict, and collateral damage the price that national security exacts) is simply too obvious to make. Either way, Scahill skirts it to focus on the list's escalation to include American citizens – specifically, the cleric Anwar al-Awlaki. His assassination, by a U.S. drone strike in the mountains of Yemen, is well known. Less well known is the killing of al-Awlaki's innocent 16-year-old son in an identical strike two weeks later. Scahill watches home movies of the boy and quietly offers a fitting eulogy: "Killed not for what he had done but for what one day he might become … the war on terror transformed into a self-fulfilling prophecy." Blackwater: Have guns (and helicopters), will travel
May 11, 2018
Opinion
Fewer drones, less Guantanamo: Obama starts to heed his critics
May 11, 2018 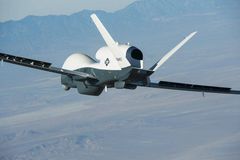