Last week, in a private room in Toronto's private Soho House club, poet Ann Shin did a very public thing: She smashed her family china. And when she was done, she invited members of the audience onto the stage to do some breaking of their own.

The "smash-a-thon," as she dubbed it, was staged for the launch of Shin's new poetry collection and accompanying short-film work, The Family China (Brick Books). The piece represents almost a decade of intermittent work for the fortysomething Toronto-based writer, director and documentary filmmaker. During the course of its creation, she had two daughters (now aged 5 and 9), directed an array of factual programs and series for CBC, Discovery Channel, HGTV, History, W Network and PBS, and this spring released The Defector, a feature-length documentary about illegal North Korean migrants fleeing through China, which premiered at this year's Hot Docs festival.

The woman likes to make stuff almost as much as she likes to break stuff.

Shin's book, which she described in a recent interview as a collection of poems about "family, connections and destruction," is an evocative, impressionistic collection, full of objects, images, scents and sounds from her early childhood on a five-acre farm in Langley, B.C. The daughter of South Korean immigrants, Shin is keenly aware of how geography defines and transforms us. Both her parents appear in the book, their heritage standing in relief to the pastoral calm of the West Coast. Thematically, however, her poems are more concerned with migrations of the heart and mind, specifically the journey from childhood to motherhood, which Shin observed and experienced as she was writing the book. "Our frontiers are internal now," she writes, "border crossings subject to new regulations."

When we speak, she describes the challenge of writing while having to contend with small children and a journalistic career. "The poems were coming, but I had two babies to take care of. For a while, I struggled with the guilt – my baby needs me, but I need to write. But the truth is, if I go more than a day or two without writing, I get really miserable."

On the subject of her television work, Shin is wry. "Like many writers, I needed a job to make money on the side. So I went into TV documentary, which you might argue is not really a money-making job at all," she says, laughing. But in the end she did what working mothers have been doing for eons: She struck a delicate balance. "All of my lyrical impulses have been channelled into poetry, and my inquisitive mind and curiosity have been channelled into my journalistic career."

In making The Defector, Shin's curiosity and courage were put to the test. She spent several weeks with two fleeing North Korean women and their human smuggler, Dragon, as he works to get them out of China and across Southeast Asia. Their stories, which Shin describes as a "radical flight to freedom," resonated personally, in part because of her own parents' departure from South Korea in the 1960s.

But the poems are focused on more internal frontiers, migrating between the past and near-present instead of between countries. Her children and parents appear in fragments, many of which are intensely poignant. On each page is a main piece and a "corollary poem" which, taken together, form an intensely personal narrative thread of stark images and occasionally heart-twisting anecdotes. "When I moved out of my parents' home," she writes, "unmarried, unengaged, un-anything, my father slammed the door and locked it, then opened and ran full tilt, trying to catch me."

Shin's editor, Alayna Munce of Brick, describes Shin as "an editor's dream" to work with, citing her "lack of ego in service of the work, and her ease with collaboration," which Munce suspects "come partly from her experience in the film world."

But for Shin, motherhood was the experience that most profoundly altered the book as she was writing it. "After I had babies, I found myself thinking a lot about what gets passed on or lost between generations," she says. "I thought a lot about the way household objects resonate, the way we hang on to bits of pottery or random objects from one generation to the next."

This theme – the way objects both define and confine us – became the dominant force behind the collection's companion piece, a short film and photo essay of the same title. In it, Shin has documented a litany of people, including her own husband (real-estate broker Neil Spiegel) and a trio of Irish-Catholic sisters (the Donoghues) obliterating fragile objects from their childhood. "It's about breaking out of the confining narrative of our lives," Shin says. "People find it very liberating."

At the Soho House launch, a German man who'd eloped to Toronto with his Canadian wife got up and smashed an intricately patterned plate. For him, it represented the stuffy sort of china set his mother-in-law desperately wanted the couple to register for, but which they never did.

Another man took a hammer to a plaster angel – the sort of tchotchke with which his God-fearing mother had filled his childhood home. Next, a woman named Alex smashed a souvenir spoon rest. It was a symbol, she explained, of her neat-freak mother's obsession with cleanliness and Alex's own embrace of life's mess.

Mess is something Shin is coming to terms with as the two sides of her career – as well as her personal experiences – come together in The Family China. The poetry collection, the short film, the photo essay and the forthcoming e-book work together as prongs of a single multiplatform piece.

Marc Glassman, the director of This Is Not A Reading Series, which hosted Shin's launch, observes a "coalescence" in her work. "My impression is that she always regarded the poetry as her private side, something that she needed to explore as an individual first and only secondarily as a public persona," he says. "The documentary work, on the other hand, seemed to be more of a métier, something she believed in, but not as deeply as the poetry."

With The Family China, these two separate creative facets have finally come together for Shin. Surely, it won't be long before she smashes them apart and begins again.

Alice Walker on motherhood and estrangement from her only child
May 30, 2013 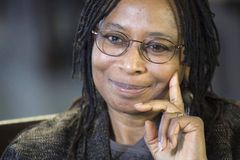 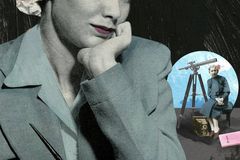 Spurned by her homeland, Judith Brady followed her conscience to Canada
May 31, 2013 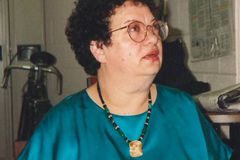