It was a weekend of early arrivals for Kanye West. On Saturday, girlfriend Kim Kardashian gave birth to his daughter in Los Angeles. Although it was just in time for Father's Day, it was almost four weeks ahead of what doctors had predicted. But that wasn't the only premature delivery for West, as his seventh album, Yeezsus – due Tuesday – was leaked online the day before his daughter was born.

Although West was sanguine about the leak – some sources even suggested he was behind it – his label, Def Jam, took aggressive steps to locate and shut down the leakers. In the meantime, Yeezus has become the most talked-about album on the Internet.

It ought to be. Produced by Rick Rubin, with contributions by Daft Punk, Scottish DJ Hudson Mohawke and Wu-Tang Clan stalwart RZA, the album is a major step forward for West. Not only is it leaner and more sonically abrasive than anything West has done before, it's also more confrontational on a lyrical level.

It's doubtful Yeezus will sway the haters. Between the seeming presumption of the title (which may just be a nod to Jay-Z's nickname Jay-hova) and the over-the-top megalomania of I Am a God (West's detractors will hear no sarcasm there), those already irritated by his sense of self-importance will find plenty to despise here.

But the sound, the insight and the daring of this album are enough to suggest that maybe West really is as brilliant as he says. He isn't just breaking the rules; he's re-making them. Where once he relied on R&B tracks, Yeezus draws from rock and electronica, and the cameos are as likely to be by Bon Iver's Justin Vernon as by Frank Ocean.

Here's a track-by-track look at Yeezus.

Starting with an abrasive smear of electronic noise, West lays down a cluster of F-bombs before announcing, "the monster about to come alive again." West is not only totally at home with this lean, synth-based sound, but sends up his old, soul-based productions with an absurdly squashed sample of the gospel recording He'll Give Us What We Really Need

A song West premiered on Saturday Night Live, it takes on the issue of interracial dating over a throbbing tom-tom beat that's halfway between Gary Glitter and Burundi traditional drumming. Which, if you think about it, is a pretty good balance, given the subject matter.

I Am a God

Anyone who thinks West is a clueless ego monster needs to listen to this bit of self-parody, in which West lets a combination of dancehall samples and inexorable synth beats make his complaints about petty slights seem even sillier than they do in the Twittersphere. He knows he's not God, but isn't sure you do.

Equating bling with economic servitude is one of this album's subtler – and more perceptive – points, but many listeners are more likely to object to the tired homophobia of his metaphors than they are to notice the way the lyrics and gritty, post-industrial production allude to the work of Canadian anti-capitalists Skinny Puppy.

Drake isn't the only rapper to see the possibilities in rapping about being drunk in a club (or drunk in someone's bed after a night in the club). Unfortunately, West doesn't suggest enough distance in either his rap or the pulsing synth track to make this anything more than a tired morning-after lament.

Easily the most sexist track on the album, it portrays West's hunger for sexual satisfaction as both epically huge and comically self-focused. The track, which alternates between old-school synth beats and dancehall-derived samples, makes a stronger argument for West's urges than his rhymes do, but then his musical sensibility has always been more persuasive than his wordplay.

Blood on the Leaves

Built around a Nina Simone performance of Strange Fruit, West's vocoder-assisted vocal is both wounded and accusing, offering an uncomfortably vivid sense of what it's like to be black and famous and emotionally vulnerable in "post-racial" America.

One of the few songs in which West's rap takes a subordinate relationship to the track, this finds him looking back with anguish and anger at a failed relationship over electrobeats and reggae samples.

Announced by a brutal, klaxon-like synth figure, this track starts with West's back against the wall, and proceeds by documenting his push back. "Yeezus just rolls again," insists the refrain, and even if you aren't convinced by the Beenie Man sample, it's hard to deny the determination of West's rap.

A throwback to the lush, soul sample-based sound of West's earlier work, this track will both appease old-school fans and leave them wondering if they really understood what West was saying with those samples in the first place. Uh-huh honey, it's not as simple as you thought.

In all, it's a difficult but rewarding album, one that will gener-ate even more impassioned commentary than his chart– and poll-topping 2010 release My Beautiful Dark Twisted Fantasy. Unfortunately, much of that discussion will likely be about West himself, which kind of misses the point.

To these ears, the most fascinating issue raised by Yeezus is whether or not the world is ready for industrial hip hop – a rap style driven by clangorous beats and in-your-face electronic noise. In that sense, the album is as audacious a musical gambit as when Run-DMC unveiled the stripped-down aggression of hardcore with It's Like That, some 30 years ago.

Whether Yeezus earns similar acclaim is anybody's guess. Although it is, in many ways, the smartest album of West's career, it's hard to see where many of these songs would fit on radio.

Then again, nobody thought Nine Inch Nails' The Downward Spiral would be a smash when it was first released, either. 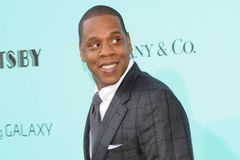 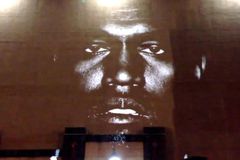 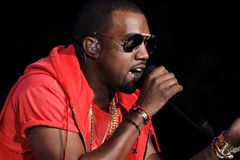