'That there is no heaven or hell, is a bright and beautiful idea. It's just us, and it is liberating and empowering to realize that any life after us is what we make of it, by how we treat people and how we touch the loved ones we leave behind."

Matt Berninger isn't talking misery – in fact, quite the opposite. The singer-lyricist for Brooklyn-based the National, a band known for its brooding brand of murmuring crescendo rock, was asked about the themes of mortality threaded throughout the material of the new album, Trouble Will Find Me. When I mention the existentialism of the recent albums by Bob Dylan and Leonard Cohen, the polite and reasonable Berninger brings up Dylan's Time out of Mind album from 1997 and its curtain-drawing ballad Not Dark Yet, a song, he says, the band has been obsessed with for a decade.

"I feel like a young man," says the 42-year-old native Ohioan, sitting in a hotel coffee shop. Earlier in his life he was an unconcerned fatalist who believed that when his number was up – be it by lightning strike or bus mishap – there was nothing more to it. Now, as a husband and father to a four-year-old daughter, the game has changed. "She needs me around," he explains. "I'm very much needed, and I better not go anywhere."

As for what comes next when the lights do eventually go out, Berninger sees it in his girl. "She's my afterlife. Watching her, and seeing myself in her, it became clear that that's how it works."

The National's melodic and moody Trouble Will Find Me has a lighter touch to it and less tension than its droning breakthrough predecessor, High Violet. Mind you, the second track isn't cheers and confetti. "I stay down with my demons," Berninger sings, in his big whispering way. "Bats and buzzards in the sky, alligators in the sewer." There's a catharsis to the National's reoccurring worry though, now more than ever. It is gloom without doom – down, but not despair. It is release, gospel-like in its freeing effect, both to his audience and to himself. "Writing about depression and heartache and fear is euphoric," he says. "It's a way of coming to accept the dark part of our brains and hearts."

Berninger and the National follow in the heavy-hearted steps of Morrissey and Cohen, fellow melancholics whose writing is marked by self-aware brand of misery. We hear wry acknowledgment of his reputation more than once on Trouble Will Find Me. "I'm not my rosy self," he admits with a wink on Graceless. And on Demons: "I can't fight it any more, I'm going through an awkward phase." A phase? Just a phase? Berninger smiles as he admits to the understatement. "Yeah, I've sung about social anxiety for 10 years now. It's a pretty long phase."

The new album marks a new phase for the band. The album-and-tour cycle attached to High Violet lasted 22 months. When it was completed late in 2011, the band – comprised of the bearded baritone and two sets of brothers – planned to take an 18-month break before recording a follow-up. In addition to the singer's child, two band members had toddlers. "There was a feeling with High Violet that we had arrived, after such a slow climb, and that because it could be our high-water mark, we decided to go all the way with it," Berninger explains. "We were going to make the most of it, and then we were going to disappear for a while."

Once the tour was completed, however, the pressure was off. Songs came swiftly. Before they even realized it was happening, they were halfway done with a new record. "We kind of tricked ourselves into doing it quickly by planning not to write a record at all."

It was only after the songs were done that Berninger noticed a string of grim references. When he wrote the material for High Violet, he was conscious of the band's depressive reputation and made a conscious effort to avoid bumming out listeners. This time they didn't give it a second thought. "None of us cared about our image any more," says Berninger. "I didn't care if there were a bunch of sad songs about death."

The stress-free vibe shows in the sparse and gently cresting Humiliation, with the line "As the freefall advances, I'm the moron who dances." Berninger acknowledges the fragility of a pop-music following, and while the band is cherishing this high moment, they are not beholden to it. "If our rock band ceased to exist tomorrow, I think we'd be just fine, as long as we could be present with our loved ones."

But let us not get ahead of things. It is not dark yet for them, not even close.

As part of the North by Northeast Festival (June 10 to 16), the National plays a free concert at Yonge-Dundas Square in Toronto, June 14. Info at nxne.com.

Other highlights at NXNE:

There are more than 1,000 shows at this year's North by Northeast, the annual Toronto-based festival of musical showcases and more. Here are five events of the many worth watching.

The Guitarist: William Tyler, the finger-picker from Tennessee, does a nimble and cinematic sort of instrumental drone. Soulful between-song banter is no extra charge. June 13, 9 p.m., The Garrison, 1197 Dundas St. W.

The Voice: Molly Sweeney is a poetic folk siren and riveting presence from Montreal. Poised and timeless, she is about to arrive. June 15, 11 p.m., C'est What, 67 Front St. E.

The Vinyl: What goes around, comes around – sometimes at 33 revolutions per minute. Canadian independent labels show off their latest releases, in newly fashionable retro format. Rarity releases and artists performances round out the Independent Label Market. June 15, 11 a.m. to 4 p.m. Ryerson Campus Common.

The Finale: The last of four free blockbusters (including durable Golden State punks Social Distortion on June 13, the National on June 14 and local rowdies Billy Talent on June 15) stars Ludacris, the charismatic hip-hop star who substitutes for the injured original headliner Big Boi. One of the preliminary acts on Sunday is the intriguing newcomer Fat Tony, a droll, easy-flow Houston rapper on the rise. June 16, 3 p.m. Yonge-Dundas Square.

The National lets go and gets comfortable
May 17, 2013 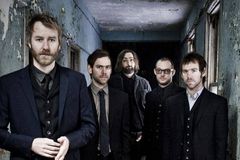 The National delivers a night of arena-sized rock
December 9, 2011 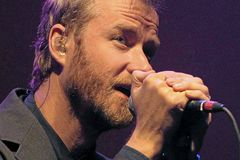 Leonard Cohen: the world’s last rock star?
December 5, 2012
Follow Brad Wheeler on Twitter @BWheelerglobe
Report an error Editorial code of conduct
Due to technical reasons, we have temporarily removed commenting from our articles. We hope to have this fixed soon. Thank you for your patience. If you are looking to give feedback on our new site, please send it along to feedback@globeandmail.com. If you want to write a letter to the editor, please forward to letters@globeandmail.com.
Comments