"About suffering they were never wrong/The Old Masters," wrote W.H. Auden in his poem Musée des Beaux Arts. "How well they understood/Its human position: How it takes place/While someone else is eating or opening a window or just walking dully along."

Video artist and experimental documentary filmmaker Jem Cohen's new work, Museum Hours, takes inspiration from Auden's poem. It's a hybrid drama/art-history essay about how looking at art recasts our experience of looking at the world.

Like the comedies Bean and Night at the Museum, the central character is a humble museum guard. Johann (Robert "Bobby" Sommer), who works at Vienna's famed Kunsthistorisches art museum, spends much of his time sitting behind a velvet rope watching people who are looking at the paintings.

Johann also ponders, in a recitative voice-over, about the life that has led him here. Back in his youth, he travelled with rock bands, then spent a period teaching shop to high-school kids before settling into his new job a half-dozen years before: "I had my share of loud, so now I have my share of quiet."

He has a lot of time for people-watching, and one day he notices a woman, Anne (Mary Margaret O'Hara), who seems to be aimlessly looking at the art. A few brief scenes earlier, we have learned that Anne is from Montreal, and has borrowed money to come to Vienna to sit vigil for a cousin who is in a coma. When Anne asks Johann for directions to the hospital, he volunteers to be her interpreter with the doctors.

"It felt good to see my city. It made me realize how much time I usually spent sitting at home, and online of course," says Johann.

Like the characters in Auden's poem, they eat, open windows and sometimes walk dully along, and like the poet before them, find solace in the strange equanimity of the works of 16th-century painter Pieter Bruegel the Elder, whose works showed tragic and profound events existing side-by-side with mundane daily life. The thesis is outlined in a somewhat stilted scene where a guide (Ela Piplits) offers a lecture on Bruegel. Citing Auden's poem about Bruegel's emphasis on the incidental, she shows a skeptical tour group the painting The Conversion of St. Paul, in which the main event is almost obscured by the figures of common soldiers and plump horses' behinds.

Not all of Johann's meditations on art, nudity and "late capitalism," to borrow a phrase from a punk co-worker, are original, but visually the movie is patiently seductive. The notion of a Bruegel-like democratic perspective carries over to the way the film itself is shot. The camera drifts from the subjects to other images: an old man's innocent gaze, a watchful, pink-faced baby, birds poised on bare tree branches, the trash from a flea market on the sidewalk, all of which are echoed in paintings in the museum.

We are also aware of contrasts between time frozen in the framed pictures and time seeping away in real life; of Johann and Anne's new emotional connection and the impending death of her friend. Both actors are reserved and charismatic in different ways: O'Hara's mercurial presence and occasional a cappella singing suggest a bird, a motif throughout the film. The phlegmatic Sommer is suited to his stationary occupation, although by the film's end he has undergone a subtle transition. Outside the walls of the museum, he begins to see his own flatly modern, working-class neighbourhood through the fresh lens of a landscape painting.

"One begins to wonder," he says, "what the real subject is.…" The answer seems to be: all kinds of things, in various combinations, that can come alive under the attentive and sympathetic viewer's gaze. 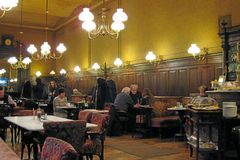