This summer, expat Craig Taylor is rediscovering his homeland through the Canadiana collection of the Abbey Bookshop in Paris's Latin Quarter.

"I remember it's snowing in the story," one person said. "It's set in winter."

"On the Prairies," another friend said. "There's a farm? There's maybe a stillborn child? No, but there's adultery."

Other details about the short story arose out of the haze: Saskatchewan, a marriage, a storm, a husband who ends up dead with paint on his hands. Or on his face? No, it's his hands. And he's frozen solid. There's definitely paint involved. And adultery.

In this way, like reconstructing a broken vase, numerous friends recounted what they thought to be the most typically Canadian of short stories and eventually a flawed version of Sinclair Ross's The Painted Door emerged: the story over-taught in high schools, under-remembered in ensuing decades.

And there it was on the contents page when I picked up in Paris a very used paperback copy of From Ink Lake, a collection of Canadian short stories edited by Michael Ondaatje, the literary equivalent of one of those old Don Cherry Rock 'Em Sock 'Em VHS compilations, as it included all the heavy hitters – Margaret Atwood and Alice Munro and Carol Shields: BOOM – all that action, including stories that were getting better with rereading: Atwood's The Man From Mars, with its masterful shifts in sympathy, its creeping unease.

Ondaatje, back in 1990, was broadening the definition of Canadian short story by including in his collection speeches by Ojibwa leader John Kelly and the whacked-out experimentalism of George Bowering's reimagined West Coast, but there it was: The Painted Door, you betcha, page 81, as inescapable as Hey Ya at a wedding reception.

I have sympathy for a writer whose most famous work gets bludgeoned in the remorseless arena that is the high-school English classroom. So I found an old 1970 paperback of Ross's As For Me and My House (35 francs on the inside cover). Though it's a lean and claustrophobic novel, Ross has more space to craft his Saskatchewan, using less snow but an unforgiving heat, with dust storms roiling in the sky overhead, and a prairie peopled by the grimmest of folk: "all wind-burned, with red chapped necks and sagging bodies." It's a book that should be sold alongside every copy of that other work of first-person religious rural despair, Marilynne Robinson's Gilead.

If I felt like reading more of Sinclair Ross, I felt like apologizing in national print to Mavis Gallant. Halfway through Ink Lake, I came across her story The Moslem Wife, shockingly, for the first time. It is a sprawling, mid-ice hit of a story. I felt – to continue this Rock 'Em Sock 'Em ridiculousness – upended in the opposing team's bench, struggling to find my helmet. What else of Gallant's had I read? Maybe a story in The New Yorker? As Gallant herself notes in her essay on French writer Marguerite Yourcenar, "National reverence for authors does not necessarily encircle knowledge of their work." Here in the nation of expat Canadians, Gallant is revered, and now I understood.

After reading the story, I met up with my oldest friend, J., who had been living in Europe since 2004. I was still carrying around my big Ondaatje collection. He withdrew from his bag a thin New Canadian Library edition of Gallant's The Moslem Wife and Other Stories. When I started speaking about her, I sounded like a 16-year-old with an infatuation, based on little more than a glance – a single short story. His love was deeper; he was invested. Gallant, for him, was not just the Wife. He had come to love the rootless perspective from which she wrote and the drive of each story – his favourites were not encumbered with too much plot but were compelling through accretion of detail, and by a sharp and clarified view of Canada, an unsentimentality earned from afar.

"I'm in love with The Moslem Wife," I admitted. "The way she sneaks in the effects of the war, the weight of all that happens offstage, her inference, that light touch."

"It's good," he replied, "but you have to read In Youth Is Pleasure."

I said I would. He looked at me like: how could you ignore her for so long?

At Abbey Books, I noticed Gallant's thick Collected Stories and retrieved it from the shelf. I wandered around Paris – her town – working on my apology, in case she appeared in front of me.

Why learn to read deeply? The best answer for anyone serious about writing, unsurprisingly, comes from Gallant, in her essay What Is Style? (You'll notice I couldn't stop reading her once I'd started.) "A young person who does not read, and read widely, will never write anything," she says. "At least, nothing of interest. From time to time, in France, a novel is published purporting to come from a shepherd whose only influence has been the baaing of lambs on some God-forsaken slope of the Pyrenees. His artless and untampered-with mode of expression arouses the hope that there will be many more like him, but as a rule he is never heard from again."

It's funny: I had always been told not to be a sheep. As ever, a slight but wise adjustment from Gallant: Don't be that shepherd. 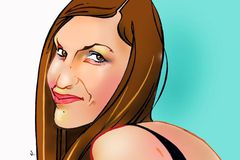 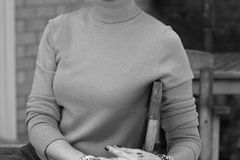