I found myself following, with something slightly more than curiosity, perhaps something resembling interest, a lot of Internet chatter about a "celebrity interview gone wrong." It was a short video of a press-junket interview with an actor named Jesse Eisenberg (he's the guy who played Mark Zuckerberg in The Social Network). He's promoting a new movie whose name I forget that has been getting terrible reviews. In the video, a very pretty young woman attempts to avoid the usual actor-interview questions by asking him to do a magic trick and say her name and other vaguely flirty things; he responds by growing slightly annoyed and teasing her a bit. She gets hurt and says she wants to "wrap this up."

That's it. Or should have been it. But then she wrote a blog entry – on the ABC news website, no less! – saying he had been mean to her – a bully, even – and then an almost-interesting debate began: What is the point of interviews with actors promoting films? Why is it important that we get to know actors? Why do they have to play along and answer personal questions about themselves when all they had to do was memorize someone else's lines and say them and look cool?

Then people began linking to other famously uncomfortable interviews with cranky actors – John Goodman being rude to an earnest Guardian writer named Xan Brooks; Billy Bob Thornton going sullen on Jian Ghomeshi – and pointing out that there exists an entire genre of newspaper articles about artists refusing to "open up" to interviewers, in which the interviewer's own discomfort and judgment becomes the subject of the piece.

And suddenly one is no longer reading some embarrassing gossip about a good-looking actor but reading about ideas. It's interesting and serious. You feel you should take a side on the issue; everyone else is.

It's so easy, taking a stand now, that you must have a stand: You must have a position right away and publish it, broadcast it, and you instantly have responses, arguments, and that's thrilling; it seems all so very vital and important. There is now pressure, real pressure – particularly if you have a Twitter account, and especially if you have some kind of agent or publicist who says you have to "build your brand" by using it – to take sides and issue opinions, all day long. You are probably simultaneously wondering if you need to issue a statement on Game of Thrones or on Banksy's stolen mural or on Michael Douglas's non-medical expertise on cunnilingus. (If you are not in the arts, your subjects will be different: You will be taking a stand on Nigel Wright or Apple or Nestle; the idea is the same.)

If you spend your day doing this, you also start to read more and more articles online about how reading articles online is actually not very good for you and that what you need is not all this information and debate coming from multiple sources at once, but from something called "deep reading," which means reading a book, a long text all at once without distraction, because it builds empathy and all sorts of other laudable qualities.

You may even come across a couple of articles, from the last few years, from the essayist and novelist Pico Iyer, asserting the values of quiet and stillness, in which the writer claims that the most successful tech entrepreneurs and MTV employees actually isolate themselves as much as they can from news and communication. Iyer himself lives in Japan without a phone or a TV. And you may find yourself thinking well, bloody nice for you, if you can afford it. And how would I even be aware of his thinking if I weren't clicking on links?

The novelist Catherine Bush just recently commented on this. She wrote of the contrast between the "altruistic" act of reading fiction – "the depth of entry, the sustained attention, the giving over" – and the culture of "small, continual acts of mutual self-presentation." She seemed to be positioning "deep reading" as self-effacing, as opposed to self-presentation, which sounds faintly narcissistic. She wondered aloud: "Does this make altruism harder, the altruistic surrender of reading fiction harder?" I think she is right; it does. But I note that she posted this on Facebook. 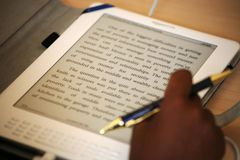 Monkeys rule, dogs drool: Why the lit world is embracing the primate
May 1, 2013 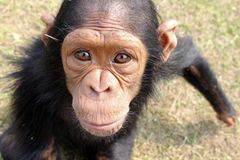