The East is a timely and earnest thriller, dealing with issues writ large of personal commitment, political activism and corporate responsibility. Perfect fodder, in short, for Robert Redford's Sundance Film Festival where, in fact, The East had its world premiere earlier this year. Unfortunately, The East is not a very good movie, hobbled by an excess of plot, a lack of believability and big gaps of logic.

The title comes from the name of a tight-knit, militant anarchist cell, operating in secret from an abandoned mansion in the woods near Washington. At the movie's start, the collective announces via the Web that in the next six months it's going to undertake six payback actions against the environmental and health crimes of America's corporate class. Out to foil these plans is Jane a.k.a Sarah (Brit Marling), a former FBI agent (and Christian) now in the pay of Hiller/Brood, a mysterious private counter-terrorism agency operating in 32 (not 30, not 25 but 32) countries and run by a graduate of the Iron Lady School of Business Management (Patricia Clarkson).

In (too) short order, the willowy Marling not only finds the cell but infiltrates it and begins to participate in its actions – which the anarchists, presumably in a tip of the hat to Kalle Lasn and the gang at Adbusters, call "jams." As Marling ingratiates herself more with the group, falling, in fact, for its putative leader Benji (Alexander Skarsgard), she realizes, Hey, the comrades have a point. Korporate Amerika suks. There's this pharmaceutical firm pushing an anti-malarial drug with suicide-inducing side effects. There's Hawkstone, a seemingly upright energy company that, under cover of darkness, dumps toxic goop into streams and lakes. There's a … well, you get the messy picture.

Where Marling does draw a line, though, is in her refusal to indulge in the eye-for-an-eye vigilantism the group insists is the logical consequence of its righteous and self-righteous rage. There has to be a better, non-violent way to expose and rectify wrong, she believes, and at the movie's end we're given this ludicrous montage of her acting on that credo.

As should be expected from Scott Free, the production company of the Brothers Scott (Ridley and Tony), The East is never less than good-looking, courtesy Roman Vasyanov's immaculate cinematography. And Batmanglij generally displays a dab, suspenseful hand directing the anarchists' often convoluted revenge scenarios. Overall, however, the film suffers in relation to the last Batmanglij-Marling project, 2011's Sound of My Voice. That film's depiction of a boyfriend-girlfriend documentary team infiltrating a secret millennarian cult run by a charismatic leader from the year 2054 (Marling) was genuinely spooky and odd. By contrast, The East, for all its moral dilemmas and earnest attitudes, finally seems like a genre flick – a gussied-up genre flick, mind you, but one nevertheless.

Marling, like the rest of the cast (including Ellen Page as Izzy, perhaps the collective's truest believer), delivers a fine performance. But given Marling's blonde good looks and perfect skin, wouldn't you expect a group of hairy, dumpster-diving, direct-action radicals to be more suspicious of her anarchist bona fides and more rigorous in their surveillance of her? And wouldn't she be more suspicious if they weren't? How, too, can a supposedly top-notch, sophisticated agent like Marling's Jane be so much the ingenue in the face of corporate malfeasance? And how believable is it when Page's executive dad (Jamey Sheridan), forced to see the environmental errors of his company's way, utters this tear-filled bleat: "God, help me! I don't know how it got this far!"?

Batmanglij and Marling, artistic partners since their college days, clearly have talent and ambition. So the hope has to be that The East is more temporary set-back than harbinger of decline, and that the next time around they'll get their – uh-huh – jam back. 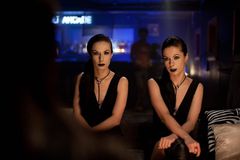 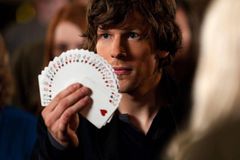 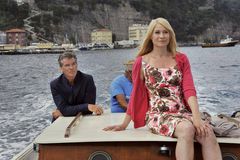 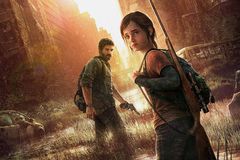