Of course, he was not always known as Chilly Gonzales. The curious composer, producer and classically trained pianist with a Canadian passport and a German mailing address has made a career of switching his monikers, and now he is making a name for himself, indeed. You will find him listed in the credits of the crazily popular Daft Punk album Random Access Memories, as well as on those of Take Care, the last LP by brooding Canadian rapper Drake. As a confidante, co-writer and producer with Feist, the former Jason Beck has done much more than help the indie-pop priestess count to four. The sophisticated pop on his own most recent album, 2012's Solo Piano II, was warmly received by critics.

And as for live performances – whether a 27-hour, cigarette-and-blueberry-fuelled piano-stunt marathon at the Ciné 13 Théâtre in Paris, a rowdy keyboard battle at Joe's Pub in New York, or a sold-out orchestral affair last year at Toronto's Winter Garden – the eclectic virtuoso has all the work he can handle.

Not bad. And yet, one gets the sense that the zany, artistic and erudite Gonzales – now as much a true-north export as an expat – is just getting started.

The Montreal-born Gonzales, who resides in Cologne after having spent years in Berlin and Paris, won't be on hand for Saturday's Field Trip Music & Arts Festival, an all-day affair in Toronto celebrating the 10th anniversary of Canadian powerhouse indie label Arts & Crafts, and featuring such A&C artists as Broken Social Scene, Stars and the aforementioned Feist.

It's a shame he won't appear, for a couple of reasons. Prior to signing to A&C five years ago, Gonzales was wounded in battles with a major label. And now, the relationship between the maverick-label success story and the idiosyncratic musician is symbolic of what Arts & Crafts is all about.

"You always get the feeling that the people at Arts & Crafts are never going to take you out of the brand that you've set up for yourself," says Gonzales, over the telephone from Germany. "Any kinds of ideas or pressure they've had have always been gingerly applied. And that's a rarity in this business."

Gonzales's introduction to the music industry was a rude one. In 1995, as the leader of the alt-rock band Son, he signed a three-album contract with Warner Music Canada. The first album, Thriller, created a fair amount of buzz in the halls at corporate HQ, but the accessible, melodic material didn't quite take off commercially. A second album, the conceptual Wolfstein, fared worse; and the demos for a third record were rejected outright. Son was dropped unceremoniously.

Gonzales was left "traumatized" by what he calls a "failed experiment" with the major label. On his 2000 solo rap album The Entertainist, he lashed out at Warner – in particular, Steve Jordan, the A&R guy who signed Son to the label. "I wallowed in it," Gonzales says. "I made it more dramatic for myself, so I could feel like I was living out something heroic."

There are formulas for making pop records and producing successful acts, but the machinations are imprecise and the magic happens on something less than a dime-a-dozen basis. According to Jordan, who, like Gonzales, no longer cashes cheques from Warner, the label was "baffled" by the failure of Son and Gonzales.

Looking back now, Jordan, the co-founder of the annual Polaris Music Prize, thinks the washout at Warner was partly his fault, but also a matter of Gonzales lacking a clear sense of self. "He was my first signing to the label, and I think we were both finding our way," he says. "With his particular brand of musical genius, he needed to find his own persona. He wasn't quite there yet, and without that, an artist isn't going to reach people."

Gonzales doesn't necessarily disagree. Back then, he believed in the myth that the music should be enough on its own. He's since wised up: "Without a strategy on how to communicate your music, a different narrative will emerge, and that narrative will be out of your control."

And so he took control of his story, banishing himself to Europe, where he licked his wounds, morphed and rebranded. "I held on to the failure, and wore it like a badge of honour," he explains. "I played the supervillain, rejected by Canada."

What followed were rap-orientated albums and the dreamy instrumental record Solo Piano. He began collaborating with other artists, among them Feist and electro-rocker Peaches, another Canadian abroad. The prankster pair of Peaches and Gonzales shared ideas about how to create audacious personas and charismatic, surreal performances. "He's adept at thinking up a preposterous idea and then achieving it," Peaches says. "And he's very good at pushing himself to the limit, and then going over."

With Feist's 2004 album Let it Die, which he co-produced, Gonzales was introduced to the world of Arts & Crafts. He was intrigued with the freedom the label allowed its artists. The idea of signing with a Canadian outfit, which he did in 2008, appealed to him as well. "Arts & Crafts was there for me when I was finally ready to re-enter Canada," he says, not meaning it in a geographical sense. "They have a respect for the artist. They use people who already have their own universe and try to be exponential in building on what is already there."

Arts & Crafts was co-founded a decade ago by Broken Social Scene's Kevin Drew and a former major-label executive, Jeffrey Remedios. That the label would fit Gonzales is not surprising, given that Remedios had left Virgin Records because of his frustration with the label's hierarchical approach.

"Gonzales came to us with a musical vision fully formed, and our job was to help him take his vision out to the world," says Remedios, who describes the artist as equal parts Vince Guaraldi (the jazzy Peanuts pianist) and Vince McMahon (the bombastic wrestling promoter). "Now, the world is catching up to him."

Peaches concurs: "He's a sleeper. He's going to be creeping up on people."

Gonzales's concerts are marked by comic shenanigans and intense musicianship, presented in his casual uniform, a bathrobe. A rap-classical collaboration with the BBC Symphony Orchestra at London's Barbican last year included a piano lesson for an audience member. Routinely, Gonzales injects an instructional interlude into his performances, by explaining time signatures or major and minor keys. "It's a way to connect with an audience," he explains, "and to help audiences better connect with something they love, which is music."

In that vein, he's working on a series of études for lapsed or beginner pianists. Though he expects to devote more time to orchestral music in the near future, he's also collaborating with Drake once more on the rapper's forthcoming, highly anticipated new album, Nothing Was the Same.

Of course, that's not true at all. Look no further than the fall and rise of Chilly Gonzales, morphing artist and inimitable slow-burner, for proof of the opposite. The art, that comes easy. It's the craft that takes time.

"Used to be one of the rotten ones, and I liked you for that. Now you're all gone, got your makeup on, and you're not coming back." A line from Anthems for a Seventeen-Year-Old Girl, a memorable hit from Broken Social Scene's breakthrough 2002 album You Forgot it in People. Today, the Toronto-based indie-music label Arts & Crafts celebrates its 10th anniversary with a festival on the grounds at Fort York. Attractions at Field Trip include sets from such A&C acts as the sublime songstress Feist, the dreamy pop troupe Stars, and the doom-blues singer Cold Specks.

The most talked-about appearance, however, is the one from Broken Social Scene, the cinematic, big-hearted rock collective that suspends its hiatus for a one-day reunion. To mark the occasion, the band and its leader (and A&C co-founder) Kevin Drew will perform the label's seminal album (You Forgot it in People) in its entirety, front to back. The 17-year-olds who were entranced by the band's anthems a decade ago are now men and women, ones who remember and miss many things. For them, a BSS comeback to a shared soundtrack is no doubt trip enough. 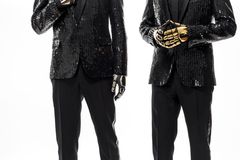 Disc of the Week: Feist's 'Metals' is something to dig
September 30, 2011
Globe Catalysts: How do the experts spot exceptional talent?
March 5, 2013 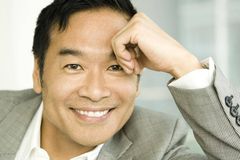