Eight years after Vince Vaughn and Owen Wilson co-starred in The Wedding Crashers, a breakthrough R-rated comedy hit that predated Knocked Up and The Hangover, they're back in The Internship, milder and middle-aged, as a couple of behind-the-times unemployed watch salesman who crash the Google internship program. Though by no means a good movie, The Internship floats along for fairly well for about half its length, thanks to the easy interplay between the two stars and a certain melancholic topicality.

Nick (Wilson) and Billy (Vaughn) are the kind of salesmen given to motivational tapes, expense-account dinners and affirmation-filled conversation, until they discover, in the middle of an expensive meal to pitch to a client, that their company has gone bankrupt. Their bumptious boss (John Goodman, of course) tells them that they're dinosaurs in the digital age, where kids check their smartphones to know the time.

Soon after, Billy gets dumped by his live-in girlfriend when the bank forecloses on his house. The single Nick briefly lands a job with his sister's boyfriend, a grossly skeezy mattress salesmen (an uncredited Will Ferrell). But defeat and humiliation don't last long for these irrepressible dreamers.

Billy decides that the digital world must be conquered from within. He puts in an application for both of them to become interns at Google, competing with tech-savvy college kids less than half their age. Closer in spirit to Meatballs or Revenge of the Nerds than the frosty cool of The Social Network, there is at least a fragment of an interesting idea here. As salesmen, b.s. artists, glad-handers and fun-loving fools, Nick and Billy have developed social skills unknown to the blinkered computer kids who now rule their world.

One indication of the power of the digital media is that The Internship is, essentially, a feature-length commercial for Google, with a comedy attached. The search-engine company collaborated extensively with the filmmakers and retained control over its image in the movie. ("I think the reason why we got involved in that is that computer science has a marketing problem," Google co-founder Larry Page said at a conference last month. "We're the nerdy curmudgeons.")

The notion that Google has a marketing problem seems almost funny in itself. No doubt, the movie sells the brand hard. The Google campus is portrayed as a fantasy land of colourful bicycles, sleeping pods, tunnel slides and free cafeteria food, where managers, like workaholic Dana (Rose Byrne), are devoted to making the world a better place. Google's diversity program is so inclusive, they even have space for a couple of middle-aged white guys with no academic credentials or tech experience.

The more obviously invented elements include a competition among teams of interns for employment, in what Nick calls a "mental Hunger Games," to land full-time jobs. Immediately, Nick and Billy discover that they have an enemy, the condescending Graham (Max Minghella), who scoops up the most brilliant kids for his team. Nick and Billy are left with the "outlier" misfits, under the supervision of socially backward 23-year-old manager, Lyle (Josh Brener). The team includes glumly cynical Stuart (Dylan O'Brien); Yo-Yo (Tobit Raphael), the home-schooled victim of an Asian Tiger Mom, and South Asian wallflower Neha (Tiya Sircar) – in essence, they're variations on the same nerd, waiting for the boisterous middle-aged men to crack them out of the shells. Meanwhile, Nick pursues the frosty Google manager Dana while Billy works to charm the interns' imperious supervisor, Mr. Chetty (a very funny Aasif Mandvi). Count on them both to close the deal.

Other ideas should have been pared back or scrapped – the dated X-Men and Flashdance references and, particularly, a misguided sequence in a San Francisco strip bar that seems the world's least likely place to help a socially awkward group of kids to bond. The shame here is that the Google collaborators couldn't develop an app to help the filmmakers' refine their search for laughs. 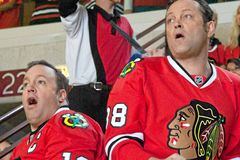