"What makes a song beautiful is not always the quality of the voice but the distance that voice has had to travel."

Remarkably, for those who thrilled to Blow-Up and Billy Budd, Vanessa Redgrave is actually 76 and Terence Stamp is truly 74: They and their voices are definitely long-distance travellers. Back when British cinema was young and angry, these two stood at the centre of the creative storm. Now that the same cinema has become, well, a tad geriatric, here they still are. A lucky thing. With anyone else, Unfinished Song would be nothing more than a saccharine Amour scored to a choral beat and much too sweet to swallow. Thanks to them, it goes down a treat.

Our aging stars shine right from the get-go, etching a quick but incisive portrait of a solid marriage in its 11th hour. Clearly, Marion and Arthur have always been polar opposites. Even with her grey hair spiked and matted from the last round of chemo, she's an inherently ebullient spirit, easygoing with a natural charm. Terse and sombre, Arthur takes his joy in life from one source only – his wife. Around her, he softens, even smiles, and in bed together their exchanged "I love yous" are not just the stuff of tired habit – the words yet have a pronounced urgency.

Around this mini-portrait, writer/director Paul Andrew Williams wraps a script that borrows all too heavily from the Brassed Off/Calendar Girls/Best Exotic Marigold Hotel brand of cutesy British sentimentality. Seems Marion belongs to a seniors choir run by young Elizabeth (Gemma Arterton), a freckled gamine who enjoys encouraging the oldies to get off their gold standard and rock on down to the likes of Love Shack and Let's Talk About Sex. Yep, that kind of cutesy.

Inevitably, she's signed the group on to take part in the regional choir competition coming up at the local concert hall. Big climax to follow – it ain't hard to guess how Unfinished Song finishes.

Of course (since we're in the business of clichés here), it's not the destination but the journey that matters, which gives the principals a chance to do their redemptive best. Redgrave has less to work with. Naturally ebullient characters tend to make for one-note performances, but she does hit that note to perfection. Although she's far less perfect through all the notes of her solo take on True Colours, I'd advise even the hardest hearts to keep a hanky ready – Redgrave's voice is a veritable travelogue.

Stamp is even better, largely because his gruffness never feels remotely cute – it adds some real gravel to an otherwise fluffy picture. Consider the scene in the doctor's office, after Marion's cancer recurs, where the prognosis is as dark as the prescription is light: "Chips and ice cream: Go home and have as much as you want." Redgrave is required to laugh, but watch Stamp's face – forehead lined, lips pursed, yet those eyes still as blue as ever and radiating an almost primordial sadness. Joy's departure, once merely imminent, is now immediate.

The film's second half requires him to navigate a couple of gratuitous subplots – tension with his son, tears from Elizabeth – before getting in tune with his own vocal chords during the concert-hall finale. A lesser actor would have bogged down in the treacle, but he makes it through fine. In fact, in Billy Joel's Lullabye (Goodnight My Angel), he makes it through beautifully – somehow mixing buoyancy with gravity and finding in those warring elements a lasting peace.

In the end, then, just Vanessa Redgrave and Terence Stamp and those voices – their solos contain this picture like carved book-ends, vintage and lovely and still so profoundly of use. 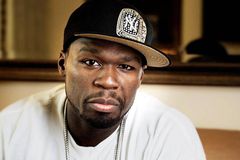 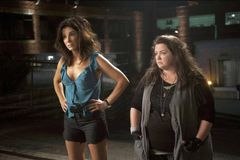 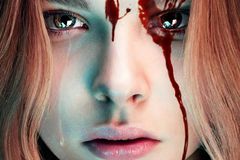