On Saturday night, various scientists, professors, futurists and philosophers will gather as part of the 16th-annual Subtle Technologies festival at Toronto's OCAD University to discuss yet another end of the world as we know it.

The difference between this end and others we have already faced – like killer bees, Y2K or the mystic oblivion of the Mayan and Nostradamic variety – is contained in the word "know," for this end anticipates the end of human knowledge, or at least the point where the machines are smarter than we are.

The discussion will follow a screening of a documentary called The Singularity, filmmaker Doug Wolens's intense, idea-packed account of techno-futurist Ray Kurzweil's theory that by 2045, technology will have reached the point where it can out-think its creators, at which point the Wile E. Coyote metaphor will prevail: We'll have run over that cliff with our legs pumping hell-for-leather above open space, not even aware of the abyss below until we finally look down. And plummet. Silly humans.

For Kurzweil himself, who is interviewed while sitting in front of conspicuously displayed copies of his best-selling books, the event he calls "The Singularity" is nothing to get too anxious about. It was inevitable that the technologies the human mind created to function in its own image would reach the point where they can think even faster than we can. And what then? This is The Singularity: the horizon in which our tools start thinking for, and reproducing, themselves.

As future events go, this may be one of the most well-visited already, at least for anybody who has considered tomorrow through the speculative lenses of science fiction and popular culture. As the writer Bill McKibben points out in Wolens's film, no realm has prepared us quite so much – nor as dramatically, skeptically and cautiously – for The Singularity than our stories of what fate might befall us if we let our inner gods take the wheel. It's the Promethean myth rendered as microchip reckoning, a timeless tale because there's something in it fundamental to the human spirit. From the moment we realize blocks can build or crayons can colour, we're doomed to remake reality as we imagine it ought to be. Playing God is hard-wired in human folly.

For a movie that ponders what the future of human intelligence in the technological might be, Wolens's film demonstrates a decidedly old-school faith in the spectacle of smart people talking their not-so-fool heads off. If you can imagine that a director like Errol Morris (A Brief History of Time, The Fog of War) might lighten the conceptual load with old movie clips or a more mundane TV hack might resort to cheeseball re-enactments, Wolens is perfectly happy to just let his subjects yak away ad infinitum, with only the rare graph or chart to break up the torrent of crashing brainwaves. But this, in a way, provides a fascinating subliminal undercurrent to the film's concern with the possible implications of a HAL 9000 world, because when you're watching people talk you're doing something no machine can yet do, and which might well mark the most impregnable boundary between human and artificial intelligence: We're feeling as well as thinking, assessing the experience of absorbing information as well as processing the raw data.

Thus, while Kurzweil might be discussing the exponential nature of AI's development versus the linear nature of human thinking, I'm struck by the note of vague testiness in his response to critics, or the slightly impatient, slightly pedantic way he explicates theories in layperson's terms, and wonder if he or someone else arranged those books displayed behind him. At the same time, I'm also fascinated by the number of neo-hippie, unkempt longhairs in the futurist realm, as though thinking so much about the future had vaulted them straight from 1971 to 2045 without any stops for fashion retrofits on the way.

As I watch, I also register the way Wolens's movie almost imperceptibly casts the thoughtfully cautionary McKibben as its voice of humanitarian reason, a role as much emphasized by the decision to keep the author dressed in black against a neutrally undressed dark background as it is to place all other speakers in much busier, visually complex environments. By sheer dint of this suggested state of atmospheric calm and clarity, McKibben comes across as The Singularity's most reasoned, hopeful and human presence. Kurzweil might compel you to think about his ideas, but McKibben makes you feel his. This would seem to be a perfect corollary of the film's distinction between consciousness and intelligence, the former being our experience of the latter, or what, as humans, we make of what we know.

Our machines might well become smarter than we are, and the consequences of that remain open to considerable debate. Will they take us over and make prophets of Mary Shelley, Isaac Asimov, Stanley Kubrick, James Cameron or anyone else who has told tales of getting burned by our own fire? Or will they lead us to hitherto unimaginable heights of experience, knowledge and even spiritual fulfilment? Most importantly, will they laugh when the Coyote finally looks down and realizes he's screwed things up yet again, and get the joke?

Book Review
How To Create a Mind: Can a marriage between man and machine solve the world's problems?
February 8, 2013 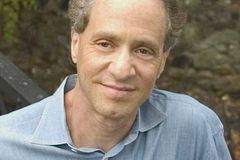 Will we really be able to transfer our minds to machines?
November 23, 2012 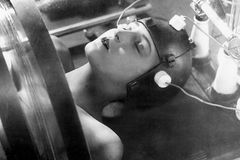 ROB Magazine
Will computers ever be smarter than us?
August 25, 2011
Four ways futurists see the world changing, from food to technology
July 20, 2012 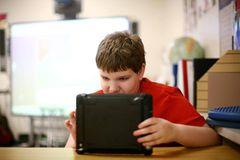 Futuristic documentary is both exhilarating and sad
March 3, 2011 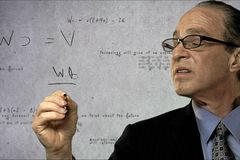