A screaming ambulance. Dramatic music. A man is rushed into the emergency room on a gurney with a 10-inch blade still lodged in his chest. Close-up of the knife – serrated edge, the paramedic explains – as medical staffers discuss how to handle the case.

This is the opening of a new TV series – not a fictional ER-type drama, but a documentary series shot for British Columbia's public broadcaster, Knowledge Network. Filmed at Vancouver General Hospital over six months in 2013, Emergency Room: Life and Death at VGH tiptoes through an ethical minefield in order to deliver what its creators strongly believe is important television; a peek behind the curtain at the hugely pressing issue of public health care.

What we see on screen are real patients, doctors, nurses and other medical staff, and real life-and-death problems involving people at their most vulnerable – sick, scared and dying. The series is graphic, unblinking, showing worst-case scenarios. And unlike reality TV, the creators say, there is no playing with facts beyond, perhaps, some time compression.

"We made it clear from the beginning: This is a documentary series," says Knowledge Network president and CEO Rudy Buttignol. "It's not reality-based entertainment… nothing's made up."

A four-person crew from Lark Productions was given unprecedented access to the emergency department for up to 12 hours a day, five days a week, keeping cameras as out of the way as possible while watching for cases to follow – with the patient's consent, of course.

"That was often the challenging thing because, obviously, somebody coming into an emergency department might be coming in on the worst day of their life," said director Kevin Eastwood during a recent tour of VGH's ER. "We didn't film anybody until we had their consent, but sometimes it was a bit of a juggling act. Really, the story is mostly about the staff and what it's like working in emergency health care. So we kind of focused on that more often. And then, when there's an opportune moment, we try to approach people."

There were signs posted in the ER, so patients and their families knew what was going on. In the end, Lark collected more than 2,000 release forms. People were often eager to tell their stories, Eastwood says.

For physicians and staff to be included, they had to give their consent as well. At the beginning, about one-third opted out.

"Initially I shared some of the concerns that a lot of people shared, around how is this going to look, around confidentiality of people's experiences," says Deborah Allman, a social worker in the VGH ER.

"And the other piece," she adds, "was even if patients weren't approached or they weren't part of what was being filmed, how was the presence of cameras in the department going to affect people's experiences? I was quite concerned about that."

Allman met with Eastwood and had a very strong sense early on, she says, that she could trust him, so she agreed to participate. After seeing the first three episodes, she is confident the show has been produced "very respectfully."

Buttignol had the initial idea for the series when visiting his elderly mother in Toronto, during which they made several trips to the ER.

"As I was sitting there with a lot of time on my hands, I noticed that all humanity traipses through the emergency room," he says. "And I realized that the emergency room would be a great place to locate [a health-care series]."

Buttignol put out the call to production companies, and put his money where his mouth was, allocating the equivalent of a year's commissioning budget to produce the six one-hour episodes of the series. He went with Lark, producer of The Real Housewives of Vancouver.

While officials of Vancouver Coastal Health (which governs VGH) shared those concerns, they had confidence in the public broadcaster, and ultimately decided it would be a worthwhile project.

"The purpose of this enterprise is really to, I think, showcase the work that we do, because I think we do a fantastic job," says Dr. Doug McKnight, head of VGH's Department of Emergency Medicine. "It really demonstrates the teamwork and how a place that looks chaotic actually functions pretty smoothly."

The shoot, already intense, took an unexpected personal twist five weeks in. On a break from production, Eastwood, then 36, flew to Los Angeles and was trying to rent a car when he went into sudden cardiac arrest. He had no pulse for 10 minutes, and was shocked by paramedics eight times before there was a response. He was in a coma for four days, and in hospital for 10. He was back filming at VGH in less than three weeks, with a defibrillator planted in his chest and a new perspective.

"I think if that hadn't happened, I don't know how I would have dealt with all the trauma that I was exposed to. That just made me think life is so precious and valuable," he says. "After something like that happens, after you die and come back yourself, mostly you're just happy to be around."

It remains to be seen if the good intentions of the series' creators satisfies the privacy concerns of patients and viewers. There was an uproar last year over another B.C.-shot series, Border Security, with the B.C. Civil Liberties Association and others arguing that the Canada Border Services Agency-sanctioned series violates the federal Privacy Act. There was outrage that people with immigration problems were being asked to sign consent forms during very stressful situations.

Buttignol says watching the furor over Border Security did not make him worry that the same issues would erupt over Emergency Room.

An advisory council, made up of medical professionals with no conflict, was struck to deal with ethical concerns that might arise throughout the series. But no such issues arose and the committee never met. There was the odd time that McKnight had to suggest a certain case was best left alone, but the hospital did not have any say on how the episodes were edited.

People may still be uncomfortable with this. Take the man with the knife in his chest: His face is blurred out so he's never identified, per se. But even if faces are never shown, imagine being that guy, turning on the TV one night and seeing what you know is your chest with that knife in it; or being the intoxicated guy who swears at the medical staff; or the patient with bedbugs.

Viewers will be invited to respond to issues raised by the show on the series' interactive website. And certainly the creators feel strongly that they have made an important, ground-breaking program with good information and an important message.

"The theme of [the show] is just the unpredictability of life," says Eastwood. "Life can turn on a dime and can also end without notice, and I think there's value that comes from appreciating that more."

Emergency Room: Life and Death at VGH premieres January 21 on Knowledge Network and at www.knowledge.ca/er. 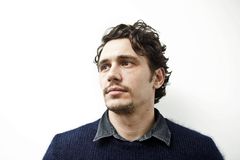 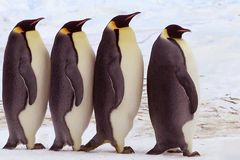 Road Ends: A compelling but familiar look at the harsh realities of Northern Ontario life
November 29, 2013 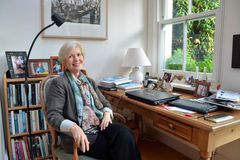