An English version of a hit and highly praised still-running Radio-Canada series, (Bravo/Bell Media calls it a "French Canadian juggernaut") it's set in Montreal and it's about two mismatched cops, struggling to be partners and struggling with their own personal issues.

We meet veteran Nick Barron (Adrian Holmes) as he returns from leave. He's still dealing with an incident in which his old partner was shot in the head. As we soon learn, he knows he should have called for more police support and didn't. He returns to this job, grumpy, on-edge and tortured. To his immense chagrin he's given a new sidekick, the seemingly square but amiable Ben Chartier (Jared Keeso) who's from the city but has spent his short career in rural Quebec.

The set-up is as plain as a poke in your eye – it's veteran-versus-rookie, city-versus-country, uptight-versus-relaxed. Nick needles Ben. They talk around each other, not to each other. We learn more about each, but elliptically. Then there's an incident. They witness a robbery and Ben opens fire on someone. Ructions ensue.

There is less nuance than those involved seem to think. The structural lines of 19-2 are solid, concise and obvious. It's not an utter failure, far from it; it's a conformist drama, a throwback to the era of Hill Street Blues, when concentration on the inner life of characters became as important as the action sequences and mystery plots. As such, it's orthodox and in the context of the audacious, often attenuated, storytelling in contemporary U.S. cable drama, it has a formulaic stiffness.

As a new and very mildly ambitious Canadian drama it also has hurdles to face. Anyone looking at the recent history of Canadian TV will ask, with incredulity, "another cop show?" After Played, Motive, Flashpoint (all CTV), Rookie Blue on Global and Cracked on CBC, can we not get away from the uniforms and internal politics of police departments?

Mind you, it's not the format, it's the content that's limiting. The cop show can be reinvented endlessly, as True Detective and Justified prove. In terms of storytelling potency and dwelling on adult issues, 19-2 is of modest consequence. If you watch the best of cable right now, you'll be made uneasy and left let down by some of the elements of 19-2. The late sequences on the first episode are particularly deflating. Nick takes off on his motorbike and then stops and thinks, seems to admire the scenery and we know, yeah, he's deeply troubled. Then there's a final revelatory scene that won't be given away here but is also no surprise.

There's a quietness to the drama that is admirable, a brooding quality, but it's undermined by flashes of melodrama. Into the second episode we get more information about Ben Chartier's reasons for moving back to the city. The seeping sorrow is, however, too hastily explained and we are reminded too often of why Nick Barron is so damaged.

The series (adapted for an English version by Bruce M. Smith) flirts with grimness but points to the timidity of Canadian drama at the moment – its limitations and inability to challenge and horrify as well as entertain. Both Adrian Holmes and Jared Keeso are fine, it's the material that is less soulful and nuanced than it seems.

Homeland (Bravo, 10 p.m.). Season 2 arrives on basic cable. It kicks off in splendid fashion. We find Carrie (Claire Danes) at ease, on her meds, but she's drawn back into work with the claim that a possible source in another country will talk only to her. What unfolds then is delicious, right down to a triumphant, telling smile on Carrie's face. Meanwhile, Brody (Damian Lewis), now a Congressman, looks set to become the sitting vice-president's presidential running mate. Then he's reminded that he's actually there to help the terrorist Abu Nazir. And so the flames of passion and betrayal burn bright.

Republic of Doyle (CBC, 9 p.m.) has your crossover episode, of sorts. Jake Doyle becomes involved with a cop named Bill Murdoch (Yannick Bisson, doing a different Murdoch from the one he plays on Murdoch Mysteries) on a case that beggars description here. Fun, frolics and in-jokes about the Doyle clan and that mysterious Murdoch clan. 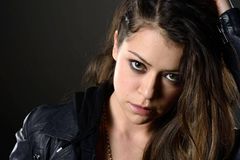 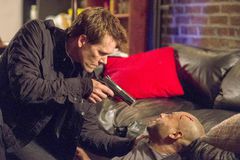 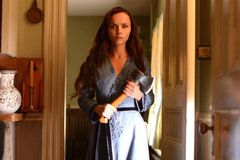