We're talking The Big Bang Theory here. Last week, the TV racket breathed a sigh of relief as the actors on the show returned to work, just in time to prep for the hour-long season eight premiere, coming to CBS (CTV here) on Sept. 2.

First, stars Jim Parsons (Sheldon), Johnny Galecki (Leonard) and Kaley Cuoco (Penny) bargained for new three-year contracts that would pay each of them at least $90-million (U.S.) over the next few years. They will eventually get a $1-million salary an episode and an increased return from syndication rights to the series.

Then Simon Helberg (Howard) and Kunal Nayyar (Raj) held out for a deal close to what the other three had reached. According to reports, things got tense. The question was, "Is Big Bang an ensemble show or is it really about Sheldon, Leonard and Penny?" Inevitably, somebody at series producer Warner Bros. TV leaked a theory to the press that Howard and Raj are supporting characters and could be replaced. But in the end, both actors accepted about $70-million for a three-year deal for Seasons 8 to 10. That's 72 episodes of a show that lasts about 22 minutes without commercials.

The other players, Mayim Bialik (Amy Farrah Fowler) and Melissa Rauch (Bernadette), reached new contract deals last year. Both are considerably less lucrative, since the two actors came late to the series and had signed on for guest-starring roles. They make about $60,000 an episode, rising to $100,000 over the course of their contracts.

So, is this obscene money for being funny?

Well, the gap between the salaries of Bialik and Rauch and the others looks improper. But the original contracts would be standard fare in the industry and it isn't easy to negotiate out of standardized, written agreements.

The salaries of the five big earners look less obscene in the context of what The Big Bang Theory earns for Warner Bros TV. Even with those payouts to the actors, the show is expected to earn at least $1-billion for the company over the 10 seasons. Possibly, twice that amount.

Besides, which context is correct? While the Big Bang actors were negotiating through their lawyers and agents, the Montreal Canadiens agreed to an eight-year contract extension with P.K. Subban that will see the player earn $72-million.

In the TV racket, the $1-million an-episode level was reached with Seinfeld and Friends in their final seasons. Back then, mind you, network television was bigger and more profitable than it is now, when there is much more competition from cable. More recently, at the height of Two and a Half Men's popularity, Charlie Sheen was making $1.25-million per episode. Who do you begrudge – Charlie Sheen or the Big Bang stars?

When negotiations between the Big Bang actors and the production company were most heated, the show's creator, Chuck Lorre, weighed in on E! News: "Everybody should be very successful and happy and rich. They earned it. It's a great cast. It's their time."

That's showbiz talk for, "Take the money and run." And even if Lorre was being glib, he has a point.

Me, I'd choose to say, "Bazinga!" in response to news about the new salaries. The Big Bang Theory is the No. 1 comedy on U.S. television and the top show on Canadian TV. It's an Emmy winner and it's good.

The proper context is the CEO-to-worker pay gap. That's what's obscene, across the board. If Warner Bros. TV is going make a minimum of $1-billion from the series, the actors are entitled to their huge salaries. 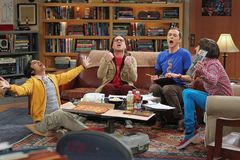 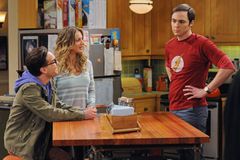 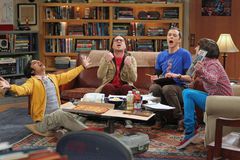 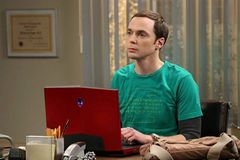 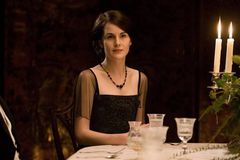