Read more of The Globe’s guides to living well, from travel advice to how to sleep better

Serious dramas (from thrillers to sci-fi to westerns)

A first-rate thriller that culminates in courtroom drama, Seven Seconds on Netflix, from The Killing’s Veena Sud, offers an incisive and entertaining perspective on issues of race, class and community

An often psychotropic, humorous and reckless trip into the tumult, wonder, beauty and terrors of modern life, Maniac is the most genuinely ambitious Netflix production in ages

The Innocents is a beautifully made drama about star-crossed lovers

Netflix’s feverish interest in youth is more than a marketing ploy as shows like The Innocents are, under the surface, all about female independence, autonomy and losing control

Sacred Games is a brilliant thriller series from India

The eight-part crime drama Sacred Games, based on the acclaimed novel by Vikram Chandra, is another Netflix winner

A good dose of British drama and daftness

Netflix offers political thrills in Collateral, gothic chills with Requiem and a healthy helping of scatological laughs from across the pond in Greg Davies: You Magnificent Beast

We know how Narcos: Mexico will end. That’s part of what makes it so good

When it aired in Britain in late summer it brought the BBC its biggest audience in 10 years. Now Bodyguard is on Netflix and it’s brilliant from the get-go

Godless is a brave but slow-moving western

The six-part drama Godless on Netflix is a distinctly serious twist on the genre, moving slowly to balance action and character development

While Julia Roberts plays the leading role in Homecoming from Amazon Prime Video, as a counsellor for returning soldiers at a sinister facility, the show is not all about her character

Patriot is an unheralded gem of a mad, melancholy spy drama

The influence of the Coen brothers is obvious, but not overriding, in the off-kilter Patriot on Amazon Prime Video

The Staircase, the Citizen Kane of true-crime documentaries, comes to Canada at last

After making its debut in 2004 The Staircase long eluded Canadian viewers, but it arrived on Netflix with updated material

The point of The Break with Michelle Wolf on Netflix is to offer a break from the usual with more laid-back, low-key, absurdist feminist humour

The Kominsky Method is wry, dry and recommended

The heartfelt Netflix comedy The Kominsky Method, starring Michael Douglas and Alan Arkin, deals with the consolations and tortures of getting older

The End of the F***ing World: U.K.'s strange, terrifying and touching export

Ricky Gervais’s Humanity puts his incendiary indignation in the spotlight

In the comedian’s first stand-up special in seven years, Humanity on Netflix, he asserts ‘I don’t care about the backlash’ – but clearly, he does

We get to see the Daily Show host in a different context on Netflix special Trevor Noah: Son of Patricia – as expert storyteller, accent master and perceptive observer

Music with a dash of comedy

Fred Armisen: Standup For Drummers on Netflix is not your usual stand-up comedy special on Netflix, and it’s more charming than expected

Call My Agent! is a captivating series about showbiz strangeness

French-language series Call My Agent! on Netflix makes the professional and personal lives of agents the focus of humour that is gentle, yet astringent

Three off the radar and excellent foreign dramas

Spanish drama Money Heist, The Mechanism from Brazil and Belgian crime drama The Break draw on familiar themes but with a twist

Gripping stories of financial corruption in Dirty Money, including Trump’s

Many lessons to be learned in new episodes of Queer Eye

This is way more than a makeover show. Queer Eye on Netflix is back in a new iteration and is, shockingly, as important as ever

The cooking show Salt, Fat, Acid, Heat on Netflix is an easygoing and down-to-earth series hosted by New York Times columnist Samin Nosrat, based on her award-winning cookbook of the same name

The year in TV: 10 shows that mattered amid the toxic Trumpian politics of entertainment
Subscriber content
December 20, 2018 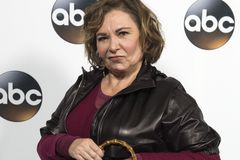 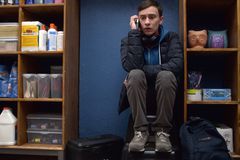 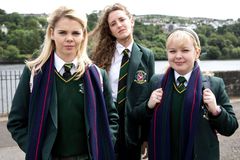