In the craven debacle that is U.S politics in the Trump era, coal miners played an important supporting role for a while.

During the 2016 presidential campaign, Donald Trump pledged to “get those mines open” and bring back a lot of coal-mining jobs. Famously, at a rally in West Virginia, he put on a miner’s helmet, imitated a miner shovelling coal and brayed: “For those miners, get ready, because you’re going to be working your asses off.”

It worked. In Kentucky, for instance, he won every county with a history of coal mining by huge margins. In the larger scheme of things, the oft-repeated declaration of advocacy for coal miners and steelworkers transmitted a devotion to working men and women in declining industries. They in turn voted for him. And once in office, he signed executive orders erasing many of the Obama-era climate-change policies. “My administration is putting an end to the war on coal,” the U.S. President said in 2017.

Coal’s Deadly Dust (Tuesday, PBS Frontline, 10 p.m.) is not about climate-change policies, or indeed about Trump’s cynical support for coal miners. It’s a sobering must-see about the job of mining coal and mainly about a horrific increase in the level of black-lung disease among miners. It’s a joint PBS/NPR investigation based on years of studying the rate of the disease in the coal fields in West Virginia, Virginia, Kentucky and Pennsylvania. What it finds is that the disease now strikes miners at a younger age and it takes a more aggressive form. It concludes that, as one medical expert says, there is “a gross example of regulatory failure.”

The program opens with scenes of a man in his 40s trying to mow the lawn. He’s trying to push a gas-powered machine over the grass and he can’t. The effort is too much. He has to stop often, rest, drink water and wait for some semblance of strength to return. He’s 47 years old and he mined for 12 years.

“I used to sleep underground," he says. “I’d work 12 to 14 hours a day.” Now, he is desperately sick. “I was scared I was dying, and I was,” he says of the point where he was told he had advanced black-lung disease.

What unfolds in the program is a story of advances in mining techniques and technology that made mining more lucrative but far more dangerous than ever. New machinery came into use, different types of coal seams were tackled and the form of dust the miners inhaled, usually silica, became far more deadly. Silica dust is known to be nearly 20 times more toxic than carbon-based coal dust. But the welfare of the miners was ignored. Attempts to regulate working conditions that accounted for new dangers went nowhere.

According to an official at the National Institute of Occupational Safety and Health (NIOSH), the institute was at first skeptical of reports from coal-mining areas. It was only when a radiologist from Kentucky went to NIOSH and spent a day showing them recent chest X-rays of miners that it was understood the problem was real. Cases of aggressive black-lung disease have quadrupled in recent years, it is now acknowledged.

It’s not that the program lays easy blame on the industry. It’s true that the industry ignored the problem and lobbied to avoid new regulation. But it’s also true that, as one expert points out, everyone involved, including trade unions, did not want to face the problem, and now there a lot of very, very sick miners.

It is heartbreaking to meet some of them in the program. Old before their time, exhausted in middle age and labouring hard through some of the few rehabilitation services available, some face an early death – a hard, often excruciating death – and they know it.

What’s done in Coal’s Deadly Dust is journalism. It’s also a cautionary tale, tougher than fiction, about the truth that is there underneath the gleeful mythologizing of miners by politicians. It’s a real, dangerous job, and the manipulation of the imagery of the miner as the soul of working America is revealed for the malevolence that it is. For many miners, the situation is not a debacle; it is certain death. 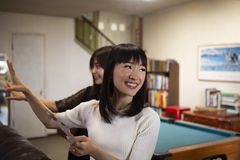 Brexit, the movie, is a funny, simultaneously terrifying lesson in populism and contemporary politics
January 18, 2019 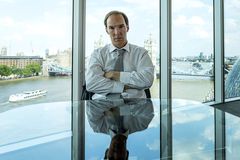 To The Worlds is a true, uplifting hour about unlikely skating champs Subscriber content
January 16, 2019 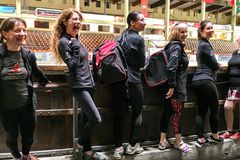