Clear your mind of Raymond Burr playing canny lawyer Perry Mason on TV in the long ago. If, that is, you are old enough to remember a network series from the early 1960s.

Perry Mason (Sunday, HBO/Crave, 9 p.m.) is not about that guy. The series is the imagined story of the early career of that rather saintly guy, created by novelist Erle Stanley Gardner. There is barely any connection, actually.

The eight-part drama is a terrific, atmospheric and adult take on life in Los Angeles in the early 1930s, a place so corrupt it might make a decent person go insane. Perry is played by Matthew Rhys (The Americans) with a gusto that is gripping from the start. This Perry Mason is a low-rent private eye. He’s so low in the scheme of things that he earns a few bucks following a minor movie star around town because the studio is worried the actor is doing unsavoury things in his free time. He is indeed, and when Perry catches the guy in a compromising position with a starlet, the PI tries to blackmail the studio.

What gets the core story going is the curious case of a young couple whose baby son is kidnapped. The little boy is returned, but not until he’s died a particularly horrible death. (This is adult material, be reminded. It’s not cozy network TV storytelling.) Perry is brought in to help on the case by lawyer E.B. Jonathan (John Lithgow), who is involved because the young couple are members of the Radiant Assembly of God evangelical church, an outfit led by Sister Alice (Tatiana Maslany from Orphan Black) and controlled by her sinister mother Birdy (Lili Taylor).

What you get is a grim, heady thriller that is steeped in the L.A. of its time, where fortunes are being made in the movies, religion and corrupt political dealings. There is much violence, and the sex is transactional. And Mason is no saint in all of this. He’s a man tortured by his experience as a soldier in the First World War and given to drinking way too much. Rhys is excellent, and the series is filled with fine minor players, including Perry’s right-hand man Pete Strickland (Shea Whigham) and E.B. Jonathan’s legal secretary Della Street (Juliet Rylance).

The mystery story leads Mason and those other characters into the surreal word of the Radiant Assembly church, with Maslany radiating fully, as if Jean Harlow was her model. Beautifully made and macabre, Perry Mason (written by Ron Fitzgerald and Rolin Jones, with early episodes directed by Tim Van Patten, a veteran of The Sopranos and Boardwalk Empire) often amounts to a torrent of troubled psyches and cynicism. In the first episode Mason snarls, “Everybody’s got an angle, everybody’s hiding something, and everybody’s guilty.” The series isn’t mindless escapism, so be mindful of that.

The Indspire Awards (Sunday, CBC, APTN, 8 p.m.) actually took place in early March – the last public awards event in Canada before the pandemic lockdown. The awards honour Indigenous people who have made significant contributions to Indigenous education, arts, culture, business, health, law, sports and public service in Canada, and there are three youth awards for First Nations, Inuit and Métis role models. The co-hosts are Tiffany Ayalik and Craig Lauzon. Among the presenters are Anthony Johnson and Dr. James Makokis, who won The Amazing Race Canada together last year. Among the performers are Adrian Sutherland & Midnight Shine, Genevieve Fisher and jazz musician Chuck Copenace.

The Room Where It Happened (Sunday, ABC, 9 p.m.) is an ABC News primetime special devoted to John Bolton’s book about working in the Trump administration. Bolton will be interviewed by ABC News reporter Martha Raddatz and tell some hair-raising tales, one expects – specifically, ABC says, about Trump’s controversial summit in Helsinki with Russian President Vladimir Putin and negotiations with North Korean leader Kim Jong-un. 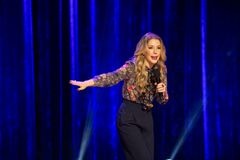 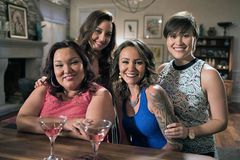 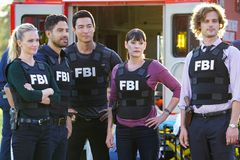