One recent night Hunter Biden was a guest on Jimmy Kimmel Live. Biden was there to promote his memoir Beautiful Things. Kimmel was in good form and eloquently expressed his astonishment that Biden was alive to tell the tale told in the book – a story of alcohol and drug abuse, a story of descending to the depraved depths of incessant crack addiction, disastrous attempts at rehab and therapy, and still coming through it all.

Biden sat there looking stoic while Kimmel recounted how the book made clear that, in a hotel less than a block from his studio, Biden had once holed up and gone on an epic bender. Biden shrugged and acknowledged the truth of that event in his past.

The shrug was deeply demonstrative, capturing not only his sense of being at peace with his past, but how most Americans feel about Biden’s torrid descent into hellish addiction. There, but for the clasp of luck, go we all. Or someone in our family, or at work.

Biden’s story, once the dreamed-about scandal to sink Joe Biden’s presidential campaign, has been no such thing. It flopped and the reasons why are commonplace, not sensational.

The other day in this column I told readers about the fine HBO drama Mare of Easttown starring Kate Winslet. It’s set in a Pennsylvania town that is matter-of-factly defined by the opioid crisis. There isn’t a single family that hasn’t been touched by it. And that’s not presented as a direful element of the storyline, it’s just the way it is and no one watching is shocked at all. Sometimes it seems that every second emanation from the U.S. culture – across movies, books and TV – is about the social rot of drug addiction and the failed relationships and failing communities that result from that.

Still, bizarrely, Fox News is trying to turn a flop scandal into a frenzy of indignation and rage. On the night Hunter Biden was on Kimmel’s show, both Tucker Carlson and Sean Hannity were frothing. They both had what was claimed to be a set of images from Hunter Biden’s lost laptop.

With a relish that would embarrass the most brazen of scoundrels, Carlson showed photos of Hunter Biden in sexual encounters with two women. In them, Biden looked crazed and entirely gone. Carlson’s take was that, somehow, these photos undermined Joe Biden’s presidency: “He’s a weak liberal who has no control of the people around him,” he said.

Oddly, it seems now, Hunter Biden’s book has all the salacious details that, when only hinted at, made Donald Trump supporters erupt in frenzied anticipation of the scandal that would drown Joe Biden in disgrace. Speaking on CBS Sunday Morning, Hunter Biden told the interviewer, “I spent more time on my hands and knees picking through rugs, smoking anything that even remotely resembled crack cocaine. I probably smoked more Parmesan cheese than anyone that you know.”

Reading the book, as I have, you see every parent’s nightmare about their child unfold. That descent into stinking, garbage-filled motel rooms where the dealers prey on the sick, addicted and abandoned people. That nightmare is told in countless stories that play out in TV dramas – the parent trying to rescue the child strung out on meth and at the mercy of predators. It’s so familiar that it is impossible to turn the story into ammunition against the addict and his family.

Hunter Biden’s book hasn’t been a big bestseller. It has a story far too bracing for that status. But it has what are now a few impeccable ironies. On Page 1, Biden is describing the political storm that surrounded him starting in late 2019, when mobs of Trump supporters would gather outside his rented house in Los Angeles and shout abuse through megaphones. Then he writes this: “One morning as I was working on the book, I looked up at a TV screen to see Matt Gaetz, a Florida Congressman and Trump henchman, read a magazine excerpt that detailed my addictions, straight into the record of the House Judiciary Committee’s hearings on articles of impeachment.” Biden notes that Gaetz “snickered” as he read it into the record.

Yes, that Matt Gaetz, and yes that’s on Page 2 of Biden’s book. With a graciousness that’s rare in the U.S. culture these days, Biden hasn’t bragged about the irony of Matt Gaetz’s humbug being revealed on Page 2 of his book. Every time Hunter Biden is on TV you can see there’s no scandal there; the real scandal is swirling around some other guy, the elected member of the U.S. Congress, the one who snickered and the one Jimmy Kimmel tells jokes about now.

Opinion
Kate Winslet is superb in Mare of Easttown, one of the year’s great dramas
Subscriber content
April 15, 2021 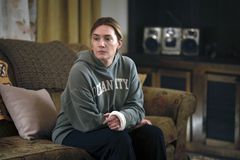 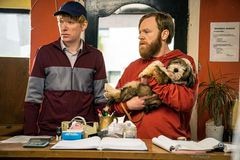 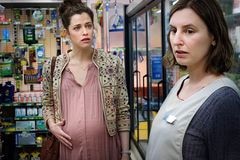