It’s fall now, no doubt about it, and things are still a bit tricky. Stay in or go out? Is it safe to go out? Well, if “out” is your choice, staying in the open, fresh air is your best bet. This weekend, there’s a terrific new doc about a gloriously good option for the outdoors. Plus, take note of one great new British mystery, one middling new British drama and an important take on the U.S. presidential election.

Rare Bird Alert (Saturday, CBC, 8 p.m. on Docs POV) is a charming, restorative look at birding. It’s mainly about “punk rock birder Paul Riss,” who lives in Hamilton and is a long-time devotee of birding. He will drop everything to race out to see a rare bird in his area. He also has the Latin names of more than 240 birds tattooed on his body. The “punk rock” element is a bit overdone, but this lovely doc celebrates birding as the obsession goes mainstream. It also rather niftily connects birding to the personal witnessing of climate change.

Riss, a compelling and lively figure, named his children after birds. When his wife suggested a date to renew their wedding vows, he said, “I have to check the birding situation.” The kids look on him as a man with an odd obsession, but the look of delight on his young daughter’s face when he coaxes a bird into her hand is worth watching the entire doc to witness.

There’s a trip to B.C. as Riss meets birders there, a charming bunch, and an eye-popping visit to a stretch of the New Jersey coast to see a great mass of birds on their migration journey, and then a visit to Florida in search of the ultra-elusive saltmarsh sparrow. A delight from start to finish, this lovely documentary.

Flesh and Blood (Sunday, PBS, 9 p.m. on Masterpiece, check local PBS listings) is a first-rate thriller, all twisty and featuring great performances. It’s set on a pretty part of the English coast among very middle-class people. Recently widowed Vivien (Francesca Annis) has started dating retired surgeon Mark (Stephen Rea). Her three children, Helen (Claudie Blakley), Natalie (Lydia Leonard) and Jake (Russell Tovey) are suspicious of Mark. But they’re no saints: Jake is sleeping, for money, with his personal-training clients, Natalie is having a torrid affair with her married boss, and Helen’s a ruthless overachiever.

The four-part series starts with a murder and works back through flashback stories and vignettes, mainly the impressions of Vivien’s next-door neighbour, Mary (Imelda Staunton), who is being interviewed by the police. Thus, rather like Big Little Lies, it shifts enticingly backward into the story. Mary is not who she seems, of course. A very finely crafted mystery, this one. Writer and creator Sarah Williams has rightly been praised for how the drama handles the issue of women over the age of 40 pursuing their own paths in life, romance and lust.

Cobra (Sunday, PBS, 10 p.m., check local PBS listings) is less fine, but fun nonsense. Britain is facing a crisis as a solar flare looms, taking out power and transportation. Robert Carlyle plays the Conservative prime minister. As he grapples with the crisis (featuring expensively made scenes of chaos in England), he realizes one of his cabinet ministers, Archie (David Haig), is using the crisis to topple the government and lead a right-wing coup of sorts. Archie, it’s made clear, is a Brexit supporter. It’s all a bit shouty. “You voted to leave the EU, Archie, not the human race,” the PM rages. The blend of political drama and apocalyptic horror is a bit messy here, but not disastrous.

Also, The Choice 2020: Trump vs. Biden (Saturday, CBC NN, 10 p.m., on Passionate Eye) is a must-see. It’s the PBS Frontline in-depth investigative portraits of both men, and it’s deeply illuminating about the crucial, defining events in their lives. Far better prep for the U.S. election than the debates. Saturday Night Live (Saturday, 11:30 p.m., NBC, Global) returns at last for its 46th season, with host Chris Rock and musical guest Megan Thee Stallion. How they deal with a COVID-era live show is unknown, but in terms of political material, the team is spoiled for choice.

The Walking Dead (Sunday, AMC, 9 p.m.) is actually the season finale that wasn’t finished when the pandemic struck. So, it’s one new episode to end the saga of The Whisperers and a setup for the 11th season coming, in 2021. That episode is followed by the debut, at 10 p.m., of The Walking Dead: World Beyond, a new limited series that takes place 10 years into the zombie apocalypse and focuses on new, mainly teenage characters. It’s grim but passing-good, like our lives now. 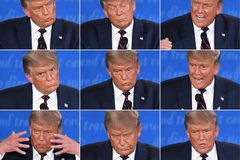 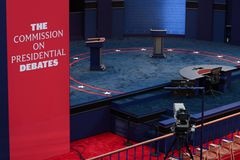 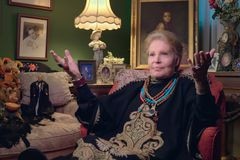