By this point in the pandemic, you have probably become intimately, disgustingly familiar with your household’s streaming service roster. Netflix, Disney+, Crave, Amazon Prime Video, maybe the more art-house-friendly Kanopy, Hoopla or Criterion. It is all part of a very real condition that I’m dubbing streamer fatigue. Even with each service adding new titles every week, or day, familiar interfaces begin to blend and endless options turn into paralyzing decisions that can result in no decision at all.

But away from the mainstream names in the SVOD world (that’d be streaming/video-on-demand), there is a curious and polite war being waged in the niche end of the market: the battle of the Brits. That is, the competition between BritBox and Acorn for North America’s ever-growing, and ever-bored, anglophile audience.

The two streaming services, which specialize in British content in very different ways, have each recently hit milestones: Acorn ($7.49/month) recorded its one millionth subscriber in North America this past September, while BritBox ($8.99/month) did the same in March. While those numbers don’t approach Netflix territory – the streaming giant has at least 70 million in North America – the uptick for Acorn and BritBox reveals serious momentum, which can only increase these next few months as homebound audiences continue to search for diversions.

“To put it into perspective, our business has doubled at a minimum [since the pandemic], and in Canada I’m seeing another 30-per-cent increment on top of that,” BritBox president Soumya Sriraman says. “I expected CPMs [the amount an advertiser pays a website for every thousand visitors who see its advertisements] to go down on the marketing we do. But I don’t know if I expected such a high factor of subscriber growth. Nothing this consistent or quite that high.”

Jointly owned by BBC Studios and ITV, the New York-based BritBox launched in the United States in 2017, with its Canadian debut a year later. Sriraman says its key demographic is made up of women 45 years and older, with programming targeting superfans of the comedies (Fawlty Towers, Gavin and Stacey, Are You Being Served?), police procedurals (Line of Duty, Dark Heart), and so very many mystery series (Midsomer Murders, Vera, Poirot, Miss Marple) that the British broadcast giants are renowned for. The Canadian version of the service – catalogue rights vary between regions, just as with Netflix et al. – currently boasts almost 400 titles.

Noting that Canada is part of the Commonwealth, Sriraman says, "I feel that there’s a closer appreciation and deeper proclivity there for knowing what’s happening in the U.K.” She adds that more Canadians watch BritBox’s daily simulcast of ITV’s Good Morning Britain than Americans. “For Canadians, there’s something that transcends curiosity.”

Acorn, meanwhile, maintains its own hold on the market by not being quite as, well, British. Operated by RLJ Entertainment, which is in turn owned by U.S. cable giant AMC Networks, Acorn started its life by selling British television series on VHS and DVD to North American audiences, before entering the SVOD market in 2013. But instead of focusing exclusively on British imports, Acorn zeroes in on what general manager Matthew Graham calls “a certain sensibility.”

“I’m not sure if I can boil it down to one or two sentences, but we’re focused on high-quality British dramas and mysteries, as well as similar content being made in Australia, Canada, Ireland that shares a long tradition in the U.K. of valuing great writing and acting as craft,” says Graham, who oversaw Acorn’s launch in its thematic homeland, Britain, last month. “That tends to create stories that are sophisticated, which appeal to mature worldly audiences. People who have seen a lot of and recognize great characters who struggle through life in realistic and relatable ways. You won’t see a lot of things blowing up.”

That translates to such titles as Queens of Mystery, Doc Martin, Blood; Canadian hits such as Slings & Arrows and the first three seasons of Murdoch Mysteries; and properties both new and old from the BBC (Line of Duty, Lovejoy) and ITV (Manhunt) that, due to rights issues, don’t automatically get funnelled into BritBox. Acorn has also expanded into producing original content as well, with a recent success story being the mystery series Agatha Raisin, starring British television mainstay Ashley Jensen (Extras, Catastrophe).

“We’ve seen dramatic increases in sign-ups and engagement, as you’d expect now. It’s all about people finding some solace and entertainment during these tough times,” Graham says. “We also have a passionate fan base who are active on social media, recommending which shows to burn through next.”

While Acorn and BritBox appeal to different slices of a particular market, they both face the same challenge in this pandemic landscape: With television production ground to a halt indefinitely, the services risk running low on the new content so critical to luring new subscribers.

“I’m working with my programming team on that right now, but we’ve done a good job at rationing out releases,” Sriraman says. “Does that put us at risk in a few months? Yes. Do you ration further? Do you look at the new release calendar now and go, ‘Let me dig a little deeper into the well and push releases by a month?' It buys me a few more months at the end. I don’t know what everyone’s going to do. These are strange times, and it’s sad.”

On Acorn’s end, the uncertainty affects not only the potential depth of its acquisitions, but its increasing reliance on producing original material. The service has extended its free-trial period from seven days to 30, though it is also aware that once audiences come out of this pandemic, they will take a hard look at their household budgets and decide which SVODs to keep, and which to cut.

“What’s on the other side of this? That’s very hard to say,” Graham says. “We’re happy to just provide entertainment, and hopefully some comfort.” 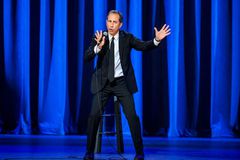 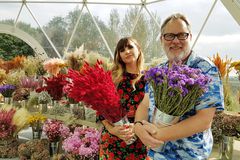 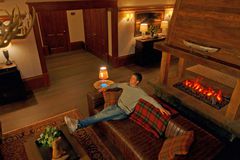