Far be it from me to drag Shakespeare into the current craziness that is evident any time you turn on the TV news. But you can’t go wrong with Shakespeare. Watching two recent documentaries about hate, I was put in mind of Horatio’s description to Hamlet of the demeanour of his father’s ghost: “A countenance more in sorrow than in anger.”

In this neck of the woods in Canada, we tend to look back at the atrociousness of the past more in sorrow than in genuine anger. Sometimes we are just as smug as we are accused of being. One of these two documentaries is specifically about us, and our recent past. The other is about a vile manifestation in our neighbours to the south and neither should induce smugness or, indeed, mere sorrow. Sometimes reacting more in anger is the right attitude.

The Fruit Machine (which aired recently on TV Ontario and is now available to everyone at tvo.org) is a chronicle of the “gay purge” of Canada’s military and public service that took place over decades that are not that distant from us today.

The actual “fruit machine” in the title was a contraption created in the early 1960s by a psychology professor at Carleton University. Men were put in a device that looked like a dentist’s chair and shown images of naked men and related imagery. If the person being tested reacted with enlarged pupils, that was taken to indicate same-sex attraction. It was ludicrous garbage-science, but it was used to find gay men in the civil service.

The doc, made by Sarah Fodey, is mostly a matter of talking to those who were caught in the “gay purge.” There is context given. (My colleague John Ibbitson is one of the talking heads.) And the context is the intense paranoia that erupted after Igor Gouzenko walked out of the Soviet Embassy in Ottawa in 1945, defected and gave the RCMP documents about Soviet infiltration of the public service here and elsewhere. Gay men were targeted because they were believed to be vulnerable to blackmail.

Part of the context is a series of vignettes of gay life in Ottawa in the 1950s and 60s. It’s a bizarre picture we glean in today’s context. Lives were ruined, of course. But what truly sticks in the mind after watching the doc is the bizarre and ceaseless hunt for lesbians in the military, a process that lasted for far, far too many years. While the matter of “perverts infiltrating the civil service” (the term used then) is now well-known, the harassment of women in the military is less so, and what we get in the film is staggeringly anger-inducing.

Women who were in the military in the 1970s and beyond tell stark tales. Imagine this: Women as young as 18 or 19 years old were blindfolded, taken to secret locations and interrogated about their sex lives. They were told, “We heard you’re a lesbian and you’re not allowed to be in the Forces.” There followed relentless scrutiny – one expert rightly defines it as torture – and demands to provide names of other suspected lesbians. Some women broke down, naturally. Some had their lives and careers ruined. Some reacted with fury. One woman says she was asked, “How do you make love to a woman?” She replied, “Bring me your wife and I’ll show you.”

If there is a fault in Fodey’s fine film it’s that while some of the survivors are utterly compelling, awe-inspiring people, there isn’t enough sense of the timeline in which these events happened. Last year, Prime Minister Trudeau delivered a sweeping apology to those caught in the “gay purge,” and the federal government has a settlement plan to compensate victims. Fine. But you don’t grasp the breathtaking cruelty and the stamina and courage of the victims until you’ve seen this film. And been angered by it all.

And then there is White Right: Meeting the Enemy (available on Netflix in the United States and here on tvo.org) which is about white nationalism and the rise of the neo-Nazi movement in Donald Trump’s America. One of the first things asserted in it by a neo-Nazi is, “Jews and homosexuals, they should be exterminated. All of them.”

The film, nominated for an International Emmy Award and a BAFTA Award in Britain, is made by Deeyah Khan, born in Norway and now living and working in Britain (her mother is from Afghanistan and her father from Pakistan) and the subject of intense racial attacks last year. She’d talked about multiculturalism in Britain in a BBC interview that went viral and the backlash was horrifying.

So Khan decided to engage with the white supremacists and chronicle their hate. The resulting film features many cocky men spewing vile, abhorrent views and some explaining how Trump inspires them. A lot of it is about that Unite the Right rally, in Charlottesville, Va., last year. But Khan’s mission is not to simply document the appalling, hate-filled actions and notions of appalling people and leave it at that. She asks, “What makes people do the things they do? What makes people who they are?”

To do that, she spends ages watching and talking with these people. It’s an act of extreme bravery on her part, and there is some sorrow in her approach even as she listens to all that fierce, impenetrable and terrifying hate. But the viewer can be angry. 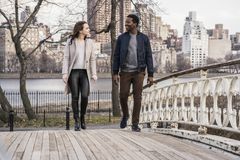 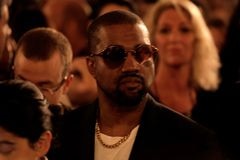