The trouble with paying attention to showbiz is that lurking under the joy factor is the looming sense of tragedy and the inevitable end of careers through self-destruction, or the world moving on. Such it is this weekend, with a powerful rethink of one notorious burnout and an awards show that’s totally meant to bring you joy.

Belushi (Sunday, Crave/Showtime 9 p.m.) is a feature-length doc about John Belushi’s life and work. It is 38 years since Belushi died of an accidental overdose of cocaine and heroin, at age 33. The aim of this new documentary, made by R.J. Cutler, is to rescue Belushi from the tawdry legends that surround his end. It certainly achieves that.

Years ago, writer Tanner Colby began interviewing Belushi’s friends, colleagues and family, intending to create an oral history that would be co-written by Belushi’s widow, Judith. Those interviews, plus access to never-seen home videos, photos and Belushi’s many and eloquent letters to Judith, are what make this different from anything done before about his life and the period from which his comedy emerged. It’s a biography with some heft, managing to go deep beneath the surface of a public life.

It opens near the end of that life, with Belushi on top of the world. Animal House had been a hit, The Blues Brothers had been a hit and he was on the cover of Newsweek. But, as someone who feared for him says, he had “appetites that were out of control.” From there the doc goes back to his childhood, growing up in a Chicago suburb, the child of Albanian immigrants. What emerges is a portrait of an adorable kid and a teenager with fierce intelligence and drive. He worked hard at learning his trade as an actor and comedian. And, throughout, from his mid-teens, he had Judith as his partner and supporter. The letters he writes are full of self-deprecation, love and ambition.

Harold Ramis says of encountering Belushi at Second City in Chicago, “We felt we were in the presence of genius, and I both admired and feared it.” There is little sense of Belushi being a tortured figure until the early days of Saturday Night Live and cocaine entering the picture. He was determined to be the star, and resented Chevy Chase for becoming the first breakout star of the series. Lorne Michaels, who created SNL, talks frankly about his many arguments with Belushi and the necessity of being ruthless in dealing with his ego and aggression. The doc doesn’t shy away from Belushi’s sexist dismissal of SNL’s female writers and performers, nor does it seek to make him a genius. It honours his talent for instinctively becoming an everyman figure, the one the audience looked upon with love, affection and admiration. As such, it’s an unusually well-rounded picture of a man, an era (there is a lot of insider chat about early SNL) and a love story, too.

American Music Awards 2020 (Sunday, ABC, CTV, 8 p.m.) will not, it seems, be curtailed by a pandemic. Yes, it will be live and there will be an audience. The producers say more than 700 tests have been administered on performers and crew, and say it’s going be a rockin’ good show. Taraji P. Henson, best known for her role as Cookie on Empire, will be the host. The long list of the artists set to perform on the three-hour show includes Justin Bieber, Billie Eilish, Doja Cat, Dan + Shay, Lewis Capaldi, Machine Gun Kelly, Kenny G, The Weeknd, Bell Biv DeVoe, Nelly, Jennifer Lopez, Maluma and Katy Perry. Why is it even happening during a pandemic? Well, for ABC the AMAs almost equal the ratings for the Academy Awards and for the music industry, digital-download sales of songs by the performers soar after the event.

The Pack (streams on Amazon Prime Video from Friday) is unscripted TV with cute critters, a sort-of Amazing Race, except with dogs. Hosted by skier Lindsey Vonn and her dog Lucy, the series features 12 teams of dogs and their humans on an adventure across several continents. The advance footage is terrifically charming, if a little heavy on the expressions of deep and abiding love for the canines involved.

Finally, if you’re in search of a different type of mystery-thriller, Bitter Daisies (O sabor das margaridas) is the first Galician-language series (with English subtitles) to appear on Netflix. It’s a small-town mystery series that moves along at a stately pace. Rookie police officer Rosa Vargas (Maria Mera) is sent to a remote community to investigate a young woman’s disappearance. The locals, including the local cops, tell her she’s wasting her time. But it turns out Vargas is there because there is a dark history that nobody wants to talk about. Oddly plotted, slow-moving and with a central figure who says very little, the main draw is not the conventional search for the killer – who preys on young women – but the place and culture in which it is set. 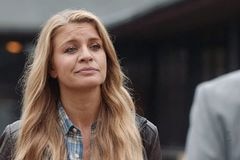 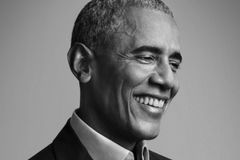 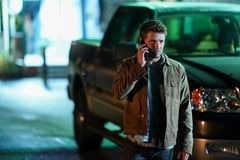