Ben Mulroney is calling for his replacement on CTV’s eTalk to be “Black, Indigenous or a person of colour and they can use this important platform to inspire, to lead and to make change.” Heaven knows, all of Canadian TV needs to truly mirror the country, especially in on-air positions.

At the same time, we all note that Mulroney’s exit from eTalk was ignited by controversy surrounding his wife, Jessica, not him. Usually, a spouse is independent. Ben Mulroney has acknowledged it is not his place to speak for his wife, but he seemed to do exactly that when he used “we” when speaking about “the work to both learn and understand more about anti-Black racism, as well as learn and understand more about our blind spots.”

Fair enough and sound reasoning. Good man, Ben. It might also be useful if, allied with a new awareness about systemic anti-Black racism, there emerged an awareness of the power and privilege in Canada wielded acutely by certain powerful families. People in Canada with a famous last name have advantages – look who’s in the Prime Minister’s Office – and some feel they have a licence to intimidate critics or detractors. That is, people lacking their power and connections. Ben Mulroney knows all about this.

Think back to the years 2003 and 2004. CTV’s Canadian Idol was going strong. At the time, CBC was running its mega-project The Greatest Canadian, a reality show to determine the greatest Canadian of all time. Viewers drove the results.

With a little mischief in mind, I conducted the Most Irritating Canadian (TV-related) poll in this column, asking readers to write about the most bothersome Canadian persons on TV. Mulroney, then hosting Canadian Idol, was in the Top Five from the get-go.

In the end, “The Canadian Tire Guy” (an actor relentlessly pitching products and pretending to do chores) and Ben Mulroney, tied for first place. All in good fun. Some of the TV personalities on the list thought it was hilarious. One sent me a bouquet of flowers.

I didn’t hear from Ben Mulroney directly of course. Oh my, no. I did hear from Senator Marjory LeBreton, the former deputy chief of staff in Brian Mulroney’s government. Her letter to the Editor-in-Chief and Publisher and CEO of this newspaper, also cc’d me, to let me know there was umbrage taken at Ben Mulroney being teased in my column.

It was “all political” the letter asserted and suggested, darkly, it was “ongoing malice or cheap shots in dealing with Ben Mulroney or his father.” Speaking of “his father,” there was certainly a call or two of complaint to the paper’s then Editor-in-Chief from Brian Mulroney.

This newspaper didn’t pay the slightest bit of attention. It did put Ben Mulroney in a very special place in my heart though. What a family with such supportive friends! My counterpart as TV Critic at the Toronto Sun was not so blessed with support. Brian Mulroney was then on the board of Quebecor, which owned the Sun, and the Mulroney family complained to the paper’s bosses about the TV Critic’s coverage of Ben. The writer was summoned to a meeting and told, “Never type the words ‘Ben Mulroney’ again.” And he didn’t. He couldn’t.

At the core of the Jessica Mulroney controversy was the accusation of “white privilege.” She is alleged to have intimidated a Black online influencer by taking retaliatory action, affecting that person’s living, and she threatened a lawsuit. Elaine “Lainey” Lui, Ben Mulroney’s co-host on eTalk posted a lengthy online commentary in which she noted she’s worked with Ben Mulroney for years, and said, “And still, even I’m afraid of the Mulroneys. Because I am a woman of colour. Because I don’t have family connections.”

She is right to be afraid. If you have a famous last name in Canada, you can make other people very afraid. It’s a particularly unsettling feeling if you are an immigrant or person of colour.

So here we come to roost: Perhaps what Ben Mulroney – a far better broadcaster now than he was in 2003 – is doing is protecting the Mulroney name and brand, just as certain corporations are suddenly burnishing their brands, reviewing labels on goods that might be problematic in the context of anti-Black racism. Quaker Oats is renaming the Aunt Jemima line and Conagra Brands is rethinking the packaging of Mrs. Butterworth’s Syrup.

We are at an important reckoning: the admission of systemic anti-Black racism and white privilege, and a new determination to make things right. We must do more than rename, rethink and burnish. The fundamental issue is not about me, or the guy at the Toronto Sun. It’s about coming to terms with a past in which white privilege was rampant, and powerful-family privilege too. Admit to that, powerful people from powerful families.

Opinion
Jessica Mulroney shows how privilege can be wielded
June 16, 2020 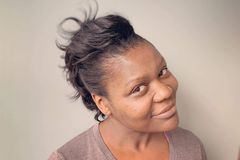 June 8: ‘We have problems of our own that need our full attention, including racism.’ Readers continue to debate Trudeau’s response to Trump question, plus other letters to the editor
June 8, 2020 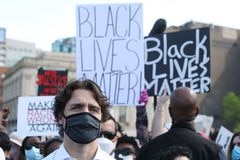 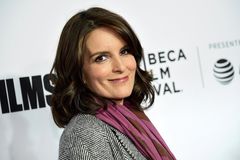