So there’s this trick that I have for filing on deadline.

Depending on how much you sympathize with the plight of arts journalists – I’m aware this could run the gamut from “you poor thing” to “oh lord, shut up” – you might feel this tactic is obvious, preposterous, or a cheat. No matter. Here is my sorta-secret: I write several different versions of the same article.

For, say, the Academy Awards, I’ll prepare one column on how the show was bad, one on how it was good, another on how it was both. And then I’ll fill in the blanks, adjusting to reality as necessary. It is the only way to be prepared when tight production deadlines require copy to be filed approximately one minute after events conclude.

The Globe’s Game of Thrones guide: How the show changed books and TV, and what comes next

This trick doesn’t work when it comes to Game of Thrones. Maybe three or four seasons ago, a dedicated reader such as myself would have an educated inkling as to how show-runners David Benioff and D.B. Weiss might adapt George R.R. Martin’s novels. Prewriting a column based on the episode “Baelor,” for instance, was easy, given how I could handily file 1,000 words on the death of Ned Stark, a known inevitability. But with the premiere of GoT’s eighth and final season on Sunday night – and Martin still dithering over his sixth book, The Winds of Winter – we’re all long past the point of preparations. Anything, and everything, could happen.

Shame, then, that much of Sunday night’s GoT season premiere felt, if not predictable, then like a lot of par-for-the-course place-setting. The episode opened with a grand bit of promise, as we watched Jon Snow and Daenerys Targaryen’s vast army march into Winterfell – complete with two dragons to impress the locals – but mostly the cultural event that has inspired a breathless run of media coverage felt like a yawning exercise in ticking off the exposition boxes.

Audiences were gifted the expected reunions (Sansa and Tyrion, Arya and Jon, Arya and the Hound, and the Arya and Gendry pairing someone out there has been dying for, I guess?), the anticipated character beats (as if Tyrion is not going to be the smartest voice in the room, or Cersei the most cold-blooded), and the signature GoT stylistic touches (it took exactly 20 minutes for a moment of “sexposition,” and just a touch longer for violence so gory that the closed captioning read “flesh squelches”). And when the episode wasn’t exhausting itself catching up with each one of its 327 characters (ah, that’s where Euron was, wondered no one), it was offering a cumbersome download of all the plot that you definitely haven’t forGoTten about (“I’m afraid I bring terrible news: The dead have broken through the wall,” Qyburn tells Cersei, to which she sighs, like a hardened and exhausted GoT viewer herself, “Good”).

Game of Thrones guide: How the show changed TV and publishing, and what comes next

After Game of Thrones: Five shows to watch after it’s all over

Of the surprises the premiere did offer, most stretch the definition of the term, arriving long after audiences had anticipated them. Yes, Jon now finally knows that he is the true heir to the Iron Throne – and also that his burgeoning romance with Dany is totally gross. And yes, it’s proven once again that the Night King is a rather mean fellow. At 54 minutes, this will be the shortest of GoT’s Season 8 episodes, but it also felt like it might be the longest. (Especially during Jon and Dany’s Aladdin-esque adventures flying the dragons across Winterfell. We were one corporate-synergy move away from the two of them breaking out into A Whole New World.)

Then again, what could have possibly satisfied GoT’s audience? We have been pining for this day for years now, and I’m not sure anything short of Dany’s dragons swallowing Cersei whole would have delivered on HBO’s epic promises, or our collective desire for Twitter-destroying twists. There are five more episodes left in this final season, meaning five more opportunities to deliver on all the shock and madness that GoT has trained us to beg for like starving dire wolves. Patience will be required, even if patience is exactly the quality audiences have sublimated with a type of pure hype-driven blood lust.

“An unpleasant truth: nothing lasts,” Varys says midway through the episode. Nothing, that is, except for our desire for spectacle, and our disappointment when things do not go exactly as we envisioned them.

So, as much as I wish that I had a neat, prewritten conclusion for this up-but-mostly-down episode of GoT, for now, I have nothing. And going forward, the only preparation I can offer is no preparation at all. All men, the saying goes, must die. Maybe our expectations should, too.

Game of Thrones guide: What to watch now that it’s all over
Subscriber content
October 7, 2019 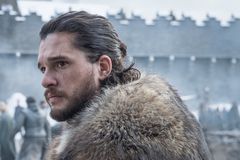 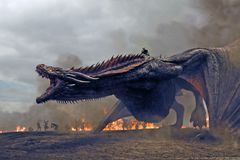 Opinion
After Game of Thrones, what is HBO’s next big thing?
Subscriber content
April 17, 2019