Don’t blame Saturday Night Live stars Bowen Yang or Kate McKinnon for that Bonjour-Hi sketch they starred in last fall, which caused an online uproar with its baffling barrage of off-kilter Québécois and Canadian content.

No, it was Celeste Yim, a first-year writer on the show from Toronto, who penned that bizarro-world version of a Radio-Canada news program – featuring McKinnon smoking and speaking about her Cirque du Soleil lovers in a French-from-France accent, and Yang spitting out joual epithets and appearing to perform a sex act on a Montreal bagel.

(One of the points of contention in the ensuing all-too-Canadian controversy: This was actually a Jerusalem bagel, a fact Yang later apologized for, tongue now firmly in cheek, on Instagram.)

Yim still seems a bit stunned talking about the overwhelming reaction to that sketch – which had as its simple inspiration the fact that fellow SNL writer Sudi Green, who has family in Quebec, and Yang, who spent eight years living in a Montreal suburb as a kid, often greet each other with a hearty “Bonjour-hi.”

“You know, of all the things I’ve ever written or wanted to write, I really wasn’t anticipating that this would be one of the most controversial,” Yim told The Globe and Mail, in a postseason debrief over Zoom.

Yim is the latest in a long line of Canadians (and the first to use they/them pronouns) to break into the world of Saturday Night Live – the NBC show that was created and is still produced by Toronto-raised Lorne Michaels.

The stand-up comedian and writer, named one of “Canada’s Top 100 Notable Women” in Flare Magazine back in 2017, grew up in suburban North York going to Second City Toronto with their parents, watching videos of Richard Pryor and Steven Wright on YouTube, and avidly tuning into SNL. “I was always obsessed,” they admit.

While studying at the University of Toronto, Yim broke into the local stand-up and sketch scenes in the 2010s as shows specifically featuring female-identifying and non-binary or queer comics were starting to pop up at indie venues such as Bad Dog and the Comedy Bar.

“One of the first big shows I wanted to be on and that ultimately ended up really taking me in was The Crimson Wave, which was run by Natalie Norman,” says Yim. “There were new lineups of women every single week and I remember just feeling like, ‘Okay, yeah, this will be possible for me.’”

Yim further cut their comedy chops during a Bob Curry Fellowship at Second City Toronto – and by writing for local troupe The Sketchersons’ long-running weekly SNL homage Sunday Night Live (which, it turns out, was good training for the real deal).

Next stop for Yim, however, was NYU’s Tisch School of the Arts where they got a “full ride” to take a MFA in Dramatic Writing – and ended up turning away from comedy and toward playwriting under the tutelage of big-name profs such as Suzan-Lori Parks and Lucas Hnath.

You can probably see where the plot is going next. Yes, the pandemic hit North America just as Yim was finishing their MFA and looking to strike out as a playwright – and pretty much every stage on either side of the border was shutting down.

After a few months working unpaid internships, rent in New York, even with three roommates, was proving too expensive – and Yim prepared to slink back to Toronto, temporarily, they hoped.

But before returning to Canada, there was a fateful pandemic party in a park with a friend from the New York comedy scene, who had also invited Bowen Yang. He had just recently finished up his first season on-screen on SNL (where he was the show’s first Chinese-American cast member).

Yang and Yim were only acquaintances at that point, but, after chatting, he suggested they “put in a package” to write for the show. It seemed a long shot – but why not?

Yim only found out that they had landed the gig after they had already moved back to Toronto – and had to un-sublet their room in Brooklyn.

Flash-forward a year – and Yang has ended up being one of the most talked-about SNL cast members in his sophomore season (if you haven’t seen his turn as the iceberg that sank the Titanic, Google it now). He’s referred to regularly as a “breakout star,” landing on the cover of Entertainment Weekly in May.

Yang’s performances even inspired a Slate thinkpiece on how he “has carved out a space for queer characters whose sexuality isn’t always a punchline” on the comedy program.

Behind the scenes, Yim played a significant role in helping Yang to shine – often drawing on their own comedic interest in “complicating” the way queer people are depicted in mainstream or corporate culture, which can seem as off-kilter to them as Bonjour-Hi was for Québécois viewers.

Yim’s work on SNL this year included an It Gets Better campaign parody early in the season (starring Yang and Dan Levy of Schitt’s Creek), which hilariously highlighted the fact that queer people actually have life problems that don’t revolve around their sexuality.

The Canadian writer also worked on the Pride Month Song that went viral from the final episode of the season – in which Yang’s character sang about having a breakdown about a crush on the dance floor.

Ultimately, Yim’s most impactful contribution, however, was co-writing Yang’s Weekend Update segment, which frankly addressed anti-Asian hate in the wake of the Atlanta shooting that left six Asian-American women dead.

It was Yim, who is Korean-Canadian, who gave Yang the advice: “Your only job is to not lie, is to tell the truth” in the segment. The result was a poignant plea to allies to “Do better” that packed a punch without worrying too much about punchlines.

It was never a question to not address the issue head-on, says Yim – who wrote what they would have wanted to see from the show’s breakout Asian star if they were watching from home in North York. “The only people really who I can think of who have the responsibility, days after a national tragedy, to speak about it are news anchors, politicians … and people on SNL,” they say.

That segment, as it happened, ended with another Canadian shout-out. “Save Kim’s Convenience!” Yang yelled over applause as SNL cut to commercial.

Yim says they and Yang are just fans of the sitcom, which ended abruptly – with stars Simu Liu and Jean Yoon later speaking out about a lack of East Asian and female representation in the writers’ room.

“It’s a very complicated thing to make a television show,” says Yim, who says they’re holding on to the parts of the Kim’s Convenience that were “based in reality and compassion,”

As they do with their comedy, Yim also complicates the inevitable journalist’s question about coming back to Canada: “I will always be writing – and it kind of isn’t so attached to, you know, New York or Toronto.”

Editor’s note: An earlier version of this story misspelled the name of the Bob Curry Fellowship. It has since been corrected. 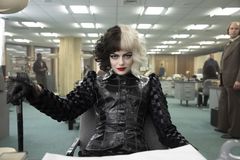 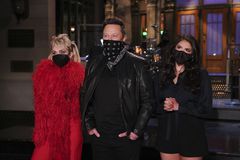 What Elon Musk’s SNL appearance and a Domino’s robot can tell us about the automobile in 2021
April 28, 2021