The woman says, “I get it, we were bad kids. Obviously, that’s why we were sent there. But no matter how bad you are, you don’t deserve that.”

The woman is a survivor of what was the Ontario Training Schools system, and that was, in essence, a jail system for kids. To hear her story and that of a handful of others is to reckon with the very recent past, a past that is sometimes idealized and the source of sentimentality.

Born Bad (Saturday, CBC, 8 p.m. on CBC Docs POV, and CBC Gem) is at once gripping and difficult to watch. It is a journey into the personal hell of a small group of people. But they are representative of thousands of children who were incarcerated in these institutions – a network of 13 provincially operated detention facilities to house “troubled “children – between the 1930s and the early 1980s.

The idea was to stop bad kids from becoming adult criminals. Sometimes the children were sentenced to these “reform” schools by a judge and sometimes they were simply deposited at the institution by a parent or a social worker. Children as young as 8 were incarcerated, sometimes for something as minor as truancy or shoplifting.

It is a great and disturbing documentary by writer and director Marc de Guerre, meant to reveal the horrific abuses that took place in Ontario’s system, as a $600-million class-action lawsuit is now moving through the courts. Spare and hushed in tone, it’s a vital, must-see program and will certainly test your tolerance for exposure to the nightmare of the past.

It’s hard to even know where to begin. But there are distinct threads to the story. First, it was believed at one time that “juvenile delinquents” should be jailed, treated harshly and given some training to possibly lead to a life of work or good citizenship. But everything about how the system operated was actually undermining anything positive.

Second, the schools-that-were-really-jails were in small towns, far from where the kids grew up and had families. Most never had visitors. Third, the staff hired usually had no training in education and many were ex-military or ex-police. Violence against children was tolerated with a blitheness that is horrifying to hear now. One survivor, a middle-aged man now, tells how a so-called teacher burst both his eardrums with blows to the head and also broke his knee; the man shows a scar on his head from when the same teacher broke a garden rake on his head while beating him.

The kids in these jails often came from families with drug or alcohol problems. The system didn’t care about that; it only cared about locking up the kids.

There is a point where Born Bad becomes very difficult viewing. A woman survivor says, very calmly, “It was a beautiful hunting ground. Nothing but teenage girls.” She then goes on to describe her experience of sexual abuse, the daily and nightly rituals the are now the stuff of excruciating anxiety. And yes, of course, the system attracted abusers and pedophiles.

The documentary also reminds us of something important in the culture. The vast majority of these jailed kids were poor and if their stories stun you, it’s because it’s rare to hear the truth about the lives of the working poor in Canada.

There are notable returning shows too: The Rookie (Sunday, ABC, CTV, 10 p.m.) returns to clarify what happened after one of the key characters was kidnapped. The Simpsons (Sunday, Fox, 8 p.m.) begins its umpteenth season with an all-musical episode, which features Kristen Bell as Marge’s singing voice. 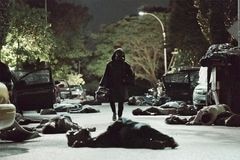 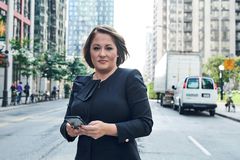 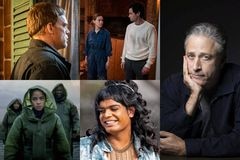