It’s a terrific weekend on TV. It must be fall. As a bonus, most of the outstanding material is found on conventional TV, not streaming services.

Brave New World (Sunday, Showcase, 9 p.m.) was made for the new Peacock streaming service, but comes to us in Canada on Showcase. A loose and ambitious adaptation of Aldous Huxley’s 1932 dystopian novel of the same name, it depicts a seemingly utopian future of life among people engineered to enjoy endless pleasure. This is all threatened by the arrival in the allegedly blissful, peaceful capital New London of a character from outside, one John the Savage.

Made with great visual oomph and a clever tweaking of Huxley’s plotting, it is, ironically, top-grade escapism while lingering on Huxley’s satiric depiction of a society soothed and manipulated by pleasure and drugs. In the end it’s a thriller about one ordinary individual undermining the authoritarian society.

Almost from the opening it is saturated in sensual pleasure. We meet Lenina Crowne (Jessica Brown Findlay), a “Beta Plus” woman and worker in the technology that controls people. She’s summoned by her boss Bernard Marx (Harry Lloyd), who reams her out for having an intense sexual relationship with some guy she likes. He shows her the 22 sexual escapades recorded, via hologram. He’s aghast. This looks like monogamy or, worse, love. “Everyone belongs to everyone else,” he informs her. Monogamy is verboten.

Bernard, who has his own simmering issues with this pleasure-society, eventually takes Lenina to “The Savage Lands.” That’s where the ordinary lives of the working poor are presented as entertainment for the upper-class, zonked-out residents of New London. They meet John the Savage (Alden Ehrenreich) who is already part of a rebel group, and his mother (Demi Moore), an alcoholic who mostly sits around in her nightdress.

Van der Valk (Sunday, PBS, 9 p.m. on Masterpiece) is a new adaptation of the Nicolas Freeling stories about a louche police detective in an Amsterdam that is both beautiful and seedy. The first adaptation for British TV in the early 1970s is remembered fondly, especially for Barry Foster’s wonderful portrayal of the rake who is the central figure.

That fondness has meant this version, with Marc Warren in the lead role, had received some skeptical, mixed reviews in Britain. This column found this version wonderfully engaging. Warren, a fine actor, is less the middle-aged rake than he is a laid-back, sarcasm-spewing loner. The Amsterdam setting is, at first, all pretty canals, bicycles, trams and beautiful buildings. The first words uttered are Van der Valk, after a bicycle chase, looking around and declaring, “Nice here, innit?” There follows a descent into a city where sordid personal and political secrets are kept. It’s very witty, this series, with a dollop of dark humour thrown into the police-procedural storylines. Each episode is a stand-alone 90-minute drama.

Intelligence (Sunday, Showcase, 10 p.m.) is another Peacock show and advertised as humour. That works if your taste runs to very broad fun. The premise is a bit tired from the get-go: Loud, ignorant American goes to Britain to liaise with the intelligence services there. Comedic uproar ensues. David Schwimmer from Friends stars as Jerry Bernstein, an arrogant and inept NSA middle manager sent to work at Government Communications Headquarters (GCHQ), and says all the wrong things. An insecure idiot, he tries to lord it over the horrified GCHQ boss Chris (Sylvestra Le Touzel) while wannabe-spy Joseph (Nick Mohammed, who created the show) secretly admires his oafish charm. If you’re a connoisseur of British spy dramas you will find some of the jokes very amusing.

Finally, 60 Minutes (Sunday, CBS, Global, 7 p.m.) features the first lengthy interview with Bob Woodward about the revelations in his new book about U.S. President Donald Trump. The book Rage is based on hours of recorded interviews and CBS promises viewers will be able to hear the President in his own voice talk frankly with Woodward. As if we didn’t hear that voice enough. 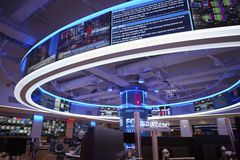 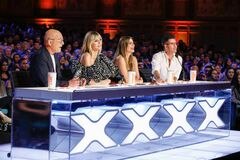 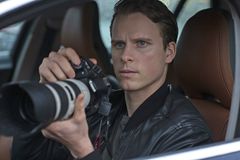