In this pandemic period, we are thrown into a crisis of needing to be touched while not touching. The virus spreads through social contact and our social presence is necessary for the performing arts to function. We need to feel what music, ballet, theatre, opera and other genres offer, but we cannot be there, for fear of infecting them, the performers, and each other. What was once comfort now brings danger.

As numerous stories and essays in this newspaper and others have underlined, the social fabric of society is truly torn to shreds when performance stops. And it’s a complicated issue to dwell on – the physical body performing is crucial in the culture, but the physical bodies of the audience are put in danger and we are now bereft without the emotionally fraught experience, for both performer and spectator, of being physically present.

Herewith, two journeys, through two splendid series, to the searing emotional experience of performance. We can at least watch them, moved or delighted.

Flesh and Bone (Amazon Prime Video) is an underrated dark masterpiece from 2015. There was one season of eight episodes only. (Made for the Starz Channel, it first aired in Canada on Super Channel.) Created by Breaking Bad writer Moira Walley-Beckett – who went on to create the much-missed Anne with an E on CBC/Netflix – it’s set in the world of ballet in New York City. It’s a tense drama often soaked in a sort of gloom, but gloriously intriguing.

Mainly it’s about dancer Claire Robbins (Sarah Hay, magnificent here), who seems to appear out of nowhere, a fully realized, gifted dancer. Obviously there’s something hidden in her past but it takes a while to learn about it.

This is one of those wonderful dramas that is definitely for adults – it doesn’t pander to any clichés about ballet and depicts the performing-arts world with a grave seriousness. The vast majority of the actors are actually experienced dancers, and the scenes of performance and rehearsals are often stunning. It’s a must-see for anyone interested in dance or any of the performing arts.

There is an undertow theme of physical violence, to the self and others, and hints of incest and masochism. As some reviews pointed out at the time, Walley-Beckett refashioned the male gaze that was in the fibre of the movie Black Swan and made something radically different.

Mozart in the Jungle (Amazon Prime Video) takes us into the wild world of classical music. Rock 'n’ roll has nothing on these people for lust and bad behaviour. Based on the memoir of the same title by Blair Tindall, an oboist who played with the best, including the New York Philharmonic, it’s a terrific series. Less lurid than the book, which is blunt about jobs-for-sex and the casting-couch system, but it’s still erotically charged while being humorous. There’s a buoyancy to it that is absolutely as seductive as the music.

An early production from Amazon Studios, it sits somewhere between HBO-quality material and network mass entertainment. Mind you, no network would touch this, the classical-music setting being seen as elitist and off-putting to a mass audience. There are 10 half-hour episodes in each of four seasons and it makes for a delicious binge.

The central character at first is Hailey (Lola Kirke), a young oboist trying to make it into a great orchestra. One is the New York Symphony, where major drama is unfolding while Hailey is merely giving music lessons to a randy young boy more interested in her cleavage than music. At the symphony, a new maestro, Rodrigo (Gael Garcia Bernal) is taking over from the old boss, the imperious Thomas (Malcolm McDowell). Bitterness abounds as Thomas is forced out by the board of directors headed by Gloria (Bernadette Peters).

Rodrigo is young, sexy, European and a genius. He is also, it seems, intent on seducing every female within touching distance. His takeover of an orchestra, a group of egomaniacs, depressives and insecure sociopaths, is ripe with flinty drama. There is nothing dumbed-down about this portrait of a classical-music institution. There is some scenery-chewing going on but it all makes sense in the context. 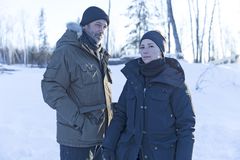 Opinion
Home Before Dark: All the beguiling charm we need now
April 3, 2020 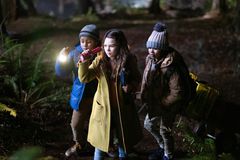 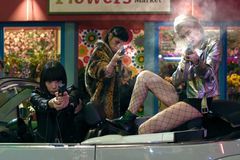